According to the FBI, 3.64 million background checks were performed for gun purchases in July. 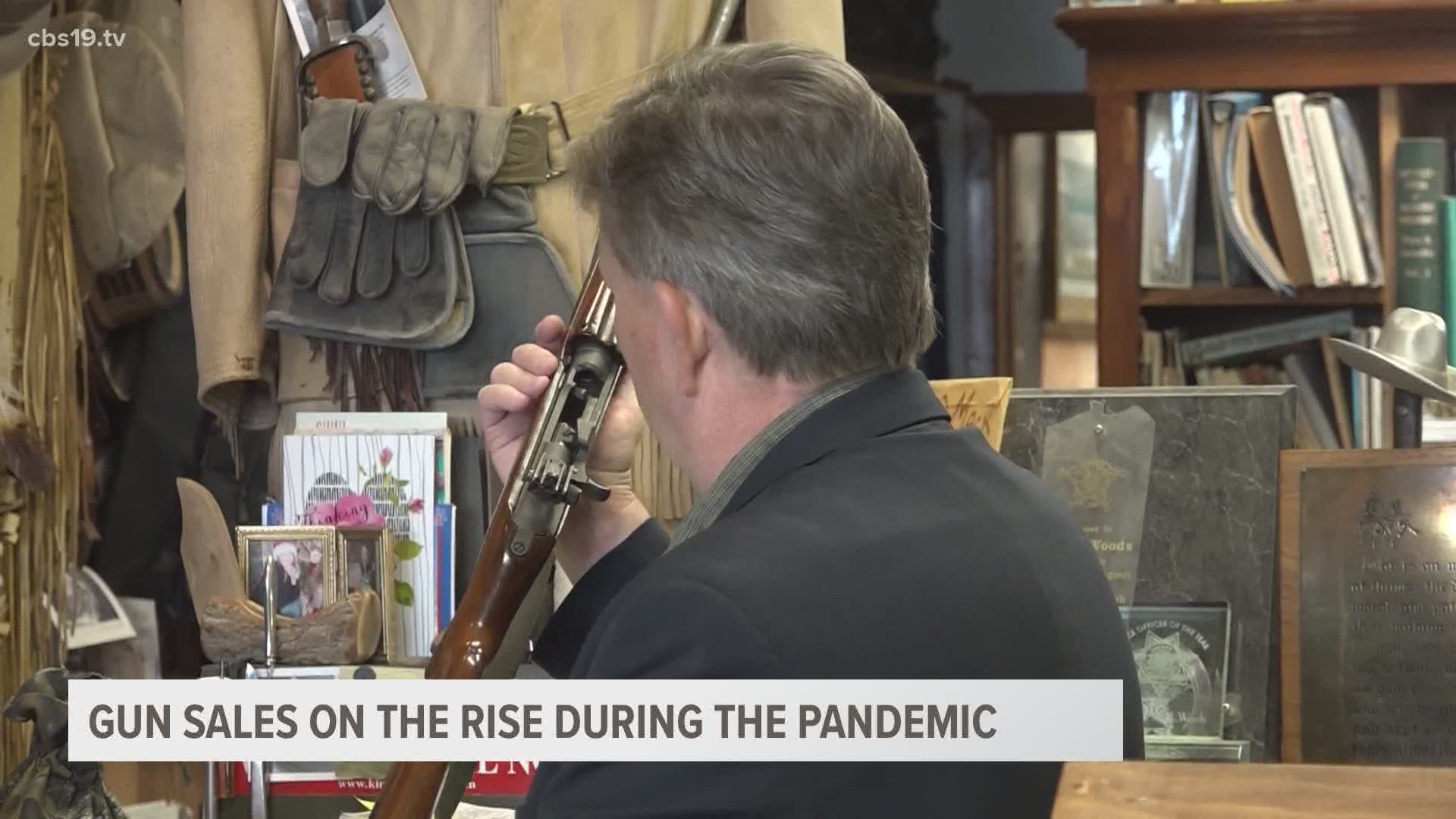 TYLER, Texas — More Americans want to feel safe and in order to add a sense of security, they're buying guns.

Within the first six months of this year, 19 million firearms were sold, according to the Brookings Institute. The reason for the increase in sales varies. From a pandemic to nationwide protests, more people want to take safety into their own hands.

"They're not staying a home because they are bored and [want] to buy a gun," Mac Woods, owner of Shootist Gun and Knife Shop, said. "They are wanting to buy a gun because the events of the world are selling the crap out of them."

According to the National Shooting Sports Foundation, retailers saw an 87% increase in gun sales at the beginning of 2020. During the same time, there was a 92% increase in ammunition sales. Wood says as far as his business is concerned, buyers are coming into the store for something specific.

"They seem to be more interested in handguns and short-barrel shotguns," Woods said.

Woods is familiar with weapons and firearms, and has been for the last 33 years. He says the uptick in sales is no surprise for him.

The Brookings Institute's research shows George Floyd's death in May also contributed to the recent surge with 150,000 firearm and ammunition sales per day on June 2-3, around the same time of nationwide unrest. By July, the FBI said more than 3 million background checks were performed for gun purchases.

"They are concerned about what could happen." Woods said. "Even though Tyler has been blessed, that we haven't had anything significant occur, I think that everybody knows they could find themselves no longer exempt."

Woods also says business has been so steady, he's currently out of handguns. The store's supplier is also dealing with their own shortage because of the high demand.