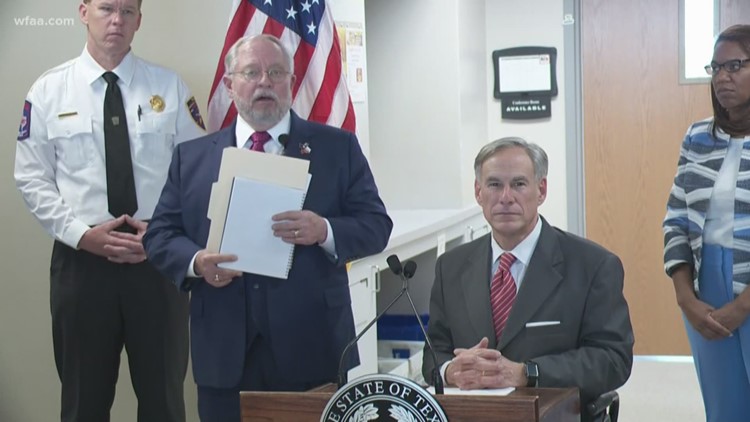 Study: Texas is one of least aggressive states in coronavirus response, says WalletHub

Texas Governor Greg Abbott issued an executive order Thursday closing schools, bars, gyms and dining-in at restaurants statewide in an effort to stop the spread of coronavirus and unify patchwork implementation that was set out by counties over the week.

The executive order limits gatherings to 10 people and began at 12 a.m. on Friday. The ban will be in effect until April 3.

Despite these measures, Texas is lagging behind in its response to the coronavirus compared to almost all other states. Washington, Massachusetts, Illinois and Ohio all made similar bans on Sunday, with New York, Connecticut, New Jersey and Pennsylvania following suit on Monday.

Texas ranked as the 49th most aggressive state in regard to its efforts to limit the virus' spread, according to a new study done by WalletHub that looks at all 50 states and Washington, D.C. Only Mississippi and Wyoming ranked behind than Texas.

The study used data available at 4 p.m. on March 16 and took into consideration prevention and containment, risk factors and infrastructure, and economic impact on the states. Weighted scores were given to each state based on 35 metrics in those three dimensions to determine the rankings.

Texas ranked last in prevention and containment. The state was one of the lowest when it came to public health emergency preparedness funding per capita.

RELATED: How North Texas bars and restaurants are dealing with dine-in ban so far

Texas risk factors overall were in the mid-range but the state has the highest level of uninsured people in the nation. In Dallas County alone, 23 percent of the population is uninsured, while the rest of North Texas has uninsured rates in the teens.

The one place where Texas was ranked in the top half of the country was economic impact. In the most recent numbers from the Bureau of Economic Analysis, a little more than 9% of the state's entire gross domestic product comes from retail, arts, entertainment, recreation, accommodation and food services — the industries currently being hit the hardest by closures.