Traveling to New Mexico any time soon? Be prepared to quarantine up to 14 days if you go 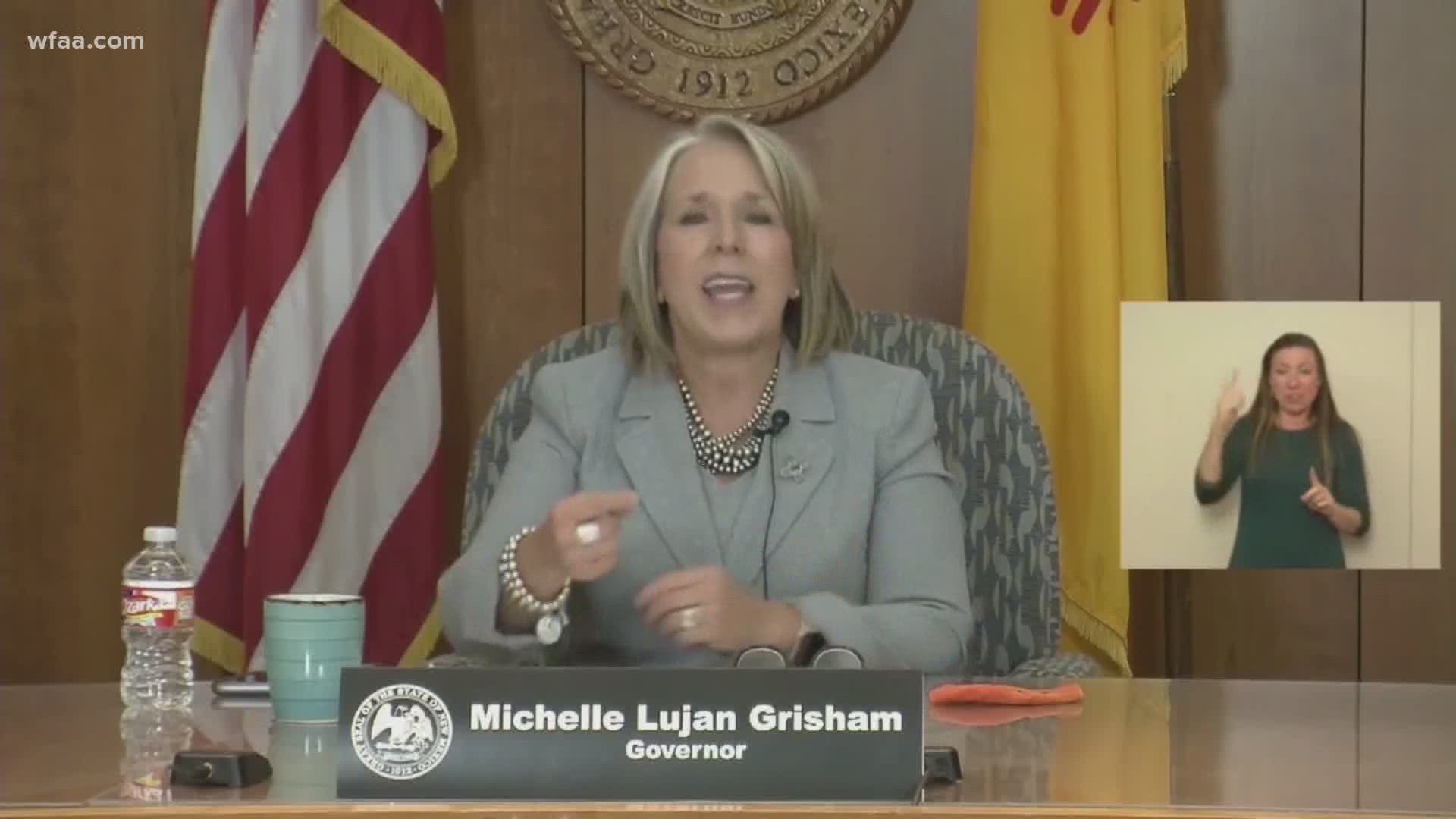 A spokesman for the New Mexico Department of Health clarified an executive order regarding travel into the state Monday.

David Morgan clarified that any out-of-state travelers planning to stay overnight to New Mexico must self-quarantine for at least 14 days or "for the duration of their presence in the state, whichever is shorter."

That means out-of-state travelers can stay for fewer than two weeks, but they’ll need to quarantine that entire time. That also means not leaving their hotel room/RV/rental unless for medical reasons.

People can still travel through the state without being required to quarantine if they're not staying overnight.

New Mexico residents who visit the out-of-state travelers while they’re quarantining, those residents must also quarantine for 14 days.

“I regret the confusion which I caused,” Morgan said.

For Penny Plavidal and her Fort Worth family, New Mexico has long been their refuge of choice; it's a popular vacation destination for lots of other North Texas families, too.

"It just is a really great place for us to connect with the kids and get out of the city and just touch base with each other again," she said Thursday. "We go several times a year. It's probably one of our favorite places anywhere."

Her family was gearing up for another three-night stay in the Land of Enchantment when a friend forwarded her a press release from New Mexico; Michelle Lujan Grisham, the governor of New Mexico, announced Wednesday that she was re-instating a 14-day quarantine for all out of state travelers.

"If you are entering our state, and you are staying the night, you’re actually going to be staying for 14 nights, because you are a part of our self-quarantine requirement for anybody entering our state," said David Morgan, a spokesman for the state's department of health.

"So even if you were just driving from Texas to Colorado and you needed to spend the night in northern New Mexico, you can't now without spending 14 days quarantined?" WFAA asked during a Zoom interview Thursday.

"That is indeed the case," Morgan answered.

Morgan acknowledged it's inconvenient, especially with the holiday weekend upon us.

But he says they had no choice, with their own COVID-19 numbers trending up, not to mention their neighbors to the east and west, Texas and Arizona, are national hotspots.

"Hotels and other places of lodging are expected to enforce the 14-day travel quarantine for any out-of-state visitors and report non-compliance to state health authorities," a press release stated.

There are exceptions, including truckers and airline employees. But even if you're sleeping in an RV, Morgan says you still must abide by the 14-day quarantine rule.

"If you’re staying the night in New Mexico, you’re here for two weeks."

Morgan said New Mexico hopes to let the order expire in a couple of weeks, but the virus will ultimately decide for them.

Other North Texans are likely doing the same.

"We're not excited about it," Plavidal said. "We're disappointed. But it feels like other people's health and where someone else might be coming from would be more important than my vacation or my plans being altered."