An Austin crematorium says they still have 170 bodies awaiting cremation after last spike of COVID 19 deaths. 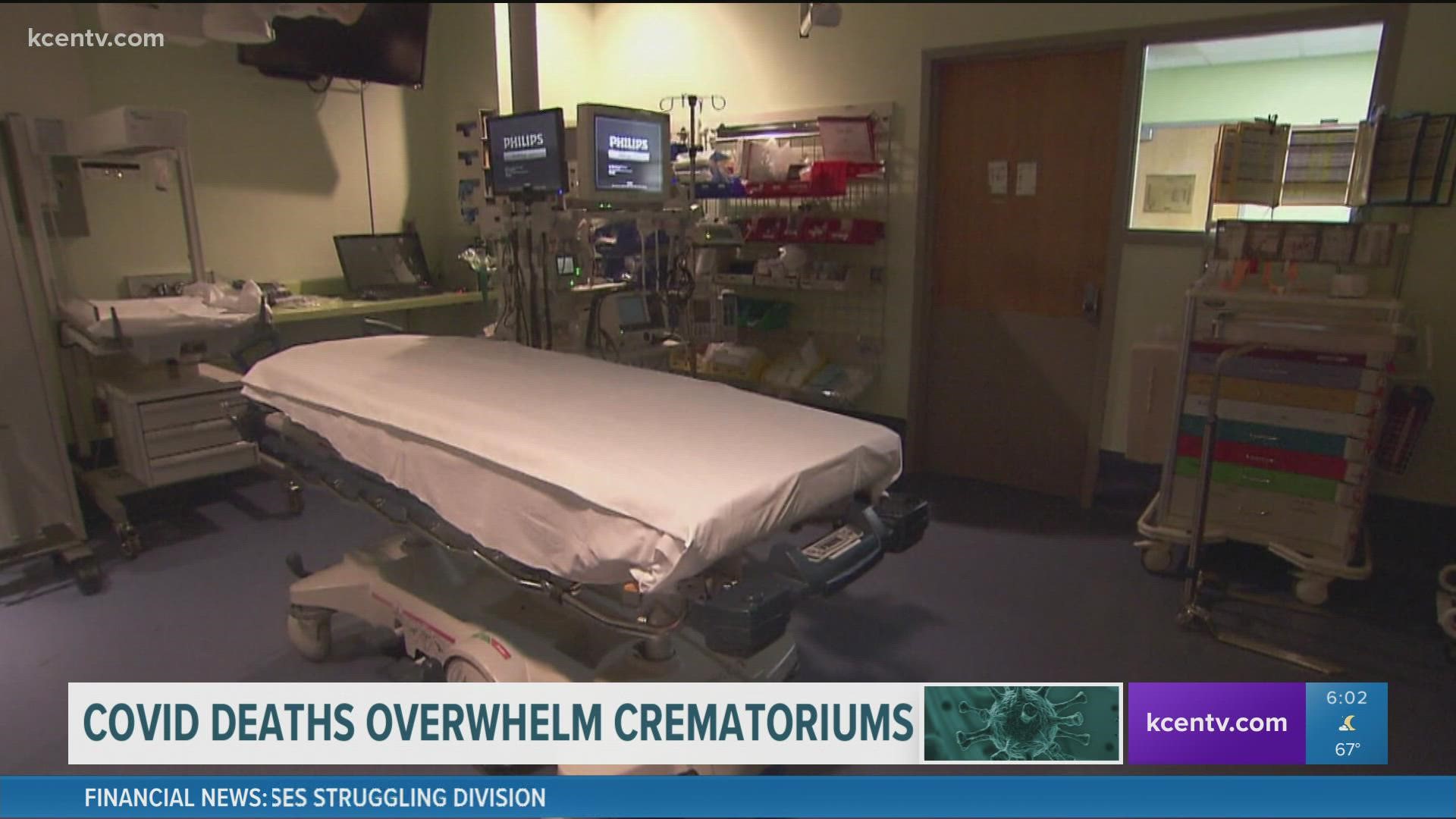 AUSTIN, Texas — Austin's Affordable Burial and Cremation Service has almost never had an issue with storing bodies before the COVID-19 pandemic. Even as demand for their service rose, business President Robert Falcon says they would normally see around 125 dead bodies a month.

In the last 18 months, Falcon says the business has been accepting 200 bodies a month and had to upgrade storage multiple time so they had a place to put the them.

Even then, the president says the business has had to close four different times because there was no place to store new bodies.

"In 35 years of practice, I have never seen the amount of death that we have seen in the last 18 months," Falcon says. "There are really no words."

The business now has two cremation machines and can run those machines seven days a week, but they also have 170 bodies still in cold storage.

Falcon says it's no question that the last surge of COVID-19 deaths has left their staff exhausted.

"There was a period of time, for a week, that every deceased person we got out of a hospital in Killeen, Texas, was COVID positive," he said. "Every single death."

The crematorium must now tell customers they can't initially provide a date for when a loved one will be ready. He says their best estimate is three or four weeks even after paperwork has been finished.

A large part of the problem, Falcon says, is that many families who lost a loved one to COVID-19 are suddenly turning to cremation but the industry hasn't been able to expand.

The Central Texas area between San Marcos and Waco, according to Falcon, only has around ten cremation machines between all the businesses that provide the service.

The Texas Panhandle has a grand total of two machines. Thus, leaving people across the state looking to Central Texas for help.

"At a point in August last year we had families contacting us from Amarillo, from Midland-Odessa, wanting to bring their loved ones all the way here to Austin because the didn't want to wait the time people were asking in the panhandle, which was like three months," Falcon says. "It certainly speaks volumes what was happening during this time."

He believes it's been a tough year on employees. Though after seeing what healthcare workers are dealing with during their visits to local hospitals, it's difficult to complain, he says.

"The look on the healthcare professional's faces... They are beat up. They are physically beat up, emotionally beat up, spiritually beat up, because of the amount of care these patients take," Falcon says.

Faclon asks that any person who is seeking cremation services be mindful of the situation the death industry is facing and of the wait times they will likely be seeing.

He also asks that the public continue to take the pandemic seriously. Some may have moved on from worrying about COVID-19, but Falcon still sees the aftermath every day.

"It was devastating for me to pick up the phone one night, and have a friend of mine ask me to handle one of his employees that died...When we get to the hospital this person is deceased and in the bed next to him is the persons daughter who is also suffering. A week and a half later we were called to the hospital to pick up the daughter." he says. "Those are the things we have seen as funeral professionals that I really don't care to see again. Ever." 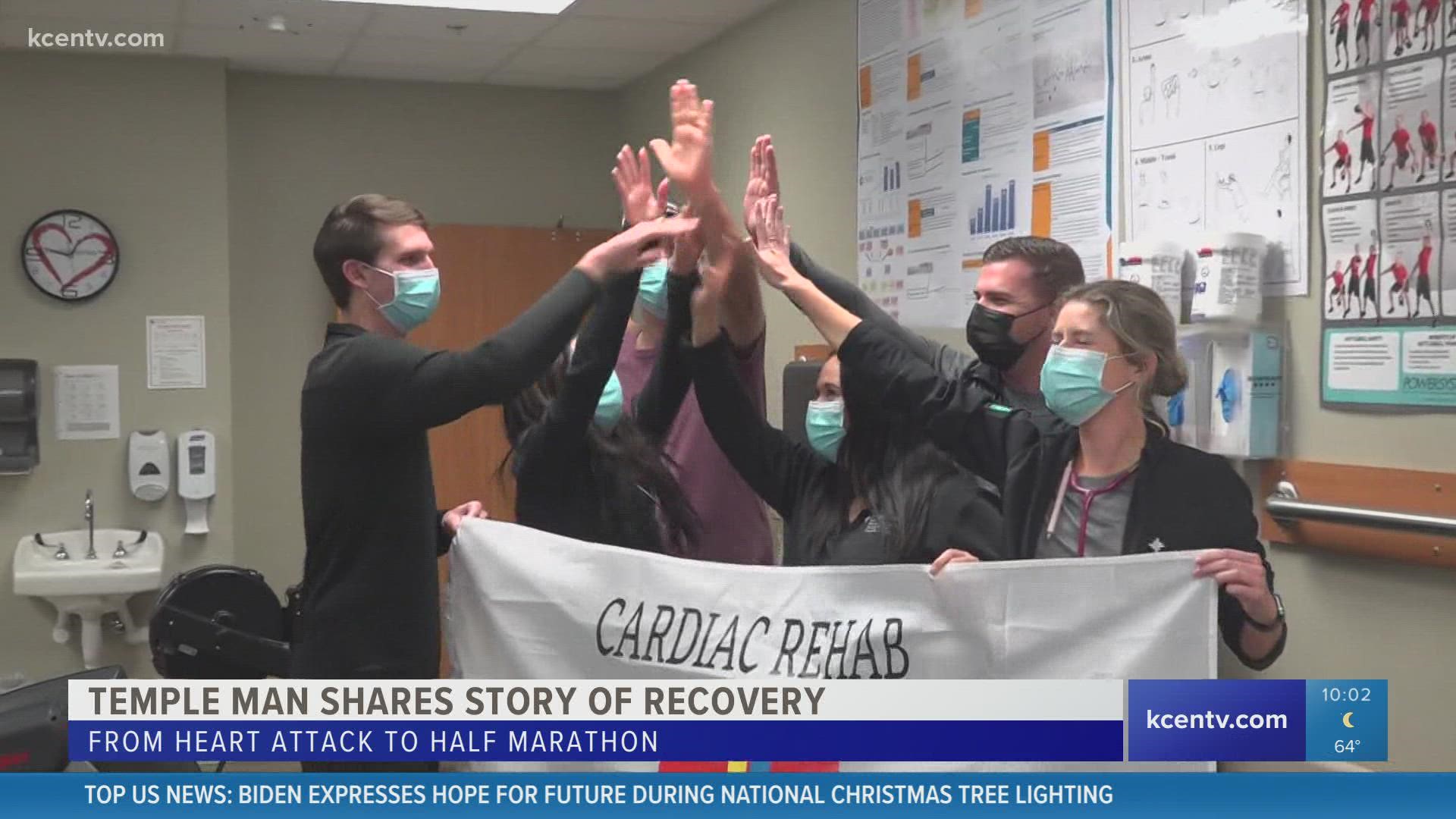