What you need to know about invasive hammerhead flatworms

Pets could feel sick for a few days if they eat the invasive species and people could develop a minor rash if you touch them. 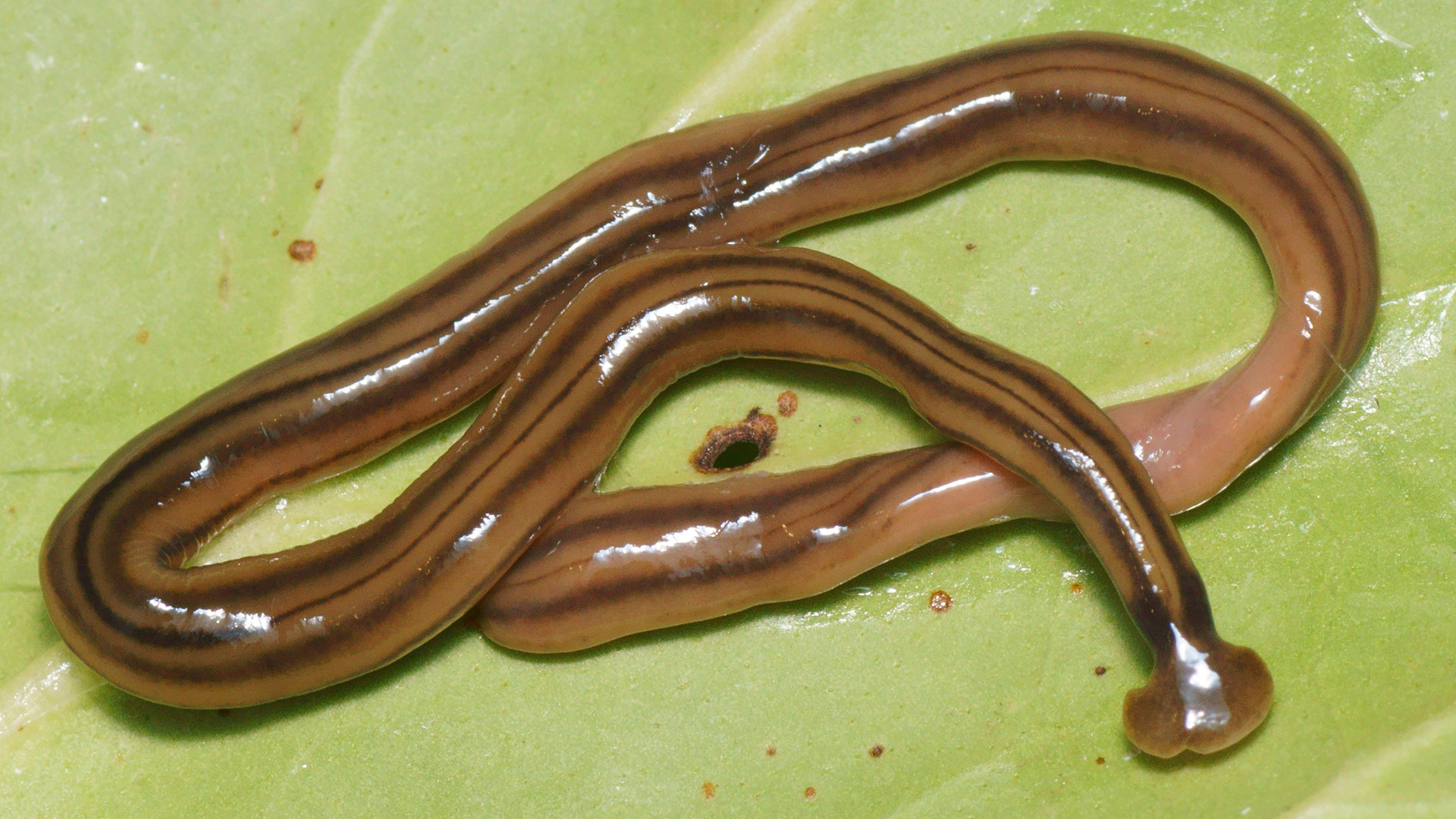 TEMPLE, Texas — Some call it the stuff of nightmares: dangerous worms that reproduce when they're cut instead of dying.

We are talking about hammerhead flatworms. The invasive species is now in our area.

Ashley Morgan-Olvera with the Texas Invasive Species Institute said hammerhead flatworms sometimes get mistaken for a baby snake because they can range in size from 8 inches to 15 inches. It's the shape of the head is what sets it apart.

"You'll see that hammerhead-shaped head, nothing else looks like it so that's when you know you definitely have the invasive flatworm," Morgan-Olvera said.

The flatworms are native to Southeast Asia, but started getting reports of them in Texas in 1980.

More recently a viral post on Facebook with more than 72,000 shares from a woman in North Texas grabbed people's attention. It warned people not to cut them because they can regenerate, to dispose of them properly, and to report them to the institute if they see them.

Invasive Southeast Asian Hammerhead Flatworm in Dallas!!! This one was found in zip area of 75252 in a backyard...

"We've got amazing feedback from that. Never did we expect a Facebook post to take off like that. We actually got reports nationwide," Morgan-Olvera said.  "But we did start seeing an uptick in reports from the Central Texas area in between Austin and Dallas."

Morgan-Olvera said she's received about 20 reports of the flatworms due to the post. The flatworms attack earthworms by secreting a toxin. In turn, that affects crops and plants.

"Our entire ecosystem is based on the existence of earthworms so if you remove earthworms from our environment, our plants, our forests, our crops, our gardens, they are not going to be able to get the nutrients they normally do," Morgan Olvera said.

They are also harmful to pets and to humans. Pets could feel sick for a few days if they eat them and people could develop a minor rash if they touch them.

As tempting as it may be, Morgan-Olvera said not to cut them because the worms can regenerate.

Instead, pick it up with a stick or paper towel, seal it in a zip lock bag with salt, and throw it away.

If you see a hammerhead flatworm you are asked to take a picture of it and email it to invasives@shsu.edu with the date, time and location as well.