On February 9th Justice of the Peace Claudia Brown made history and now, a mere two weeks later she is on the verge of possibly losing her job. 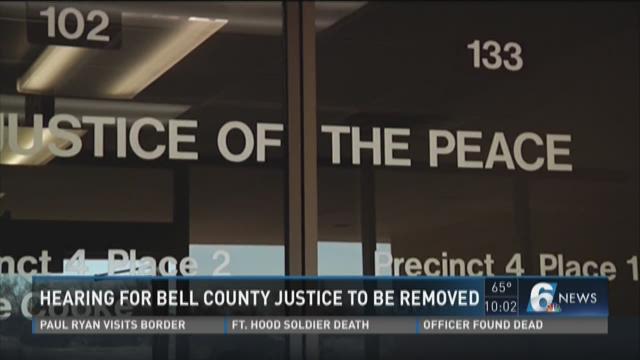 On February 9th Justice of the Peace Claudia Brown made history and now, a mere two weeks later she is on the verge of possibly losing her job.

After Killeen murder suspect Antonio Willis turned himself in, Brown set his bond at an unprecedented $4 billion. It was a decision that caught the attention of the legal community.

But it wasn’t until Pritchard found out why Brown had set the bond so high that he took action to get her removed from duty.

“I can’t have a judge that is not going to protect my family from serious criminals”, Pritchard said.

Pritchard’s decision to file a petition to remove Brown from office comes on the heels of an interview with Channel 6 News in which the newly elected Justice of the Peace said she did it to call attention to the fact that she thinks bond amount are entirely too high, something she wants to fight against.

“We can’t have bonds be punitive. Three quarters of the people who are sitting in jail right now. They are sitting there because they can’t afford to get out.” Justice of the Peace Claudia Brown told Channel Six News.

It’s a belief Justice Brown has put into practice on multiple occasions. In one instance 30-year-old Jerome Riley was granted a 2,000 dollar bond despite being charged with burglary with the intent to commit a felony. In another case, 24-year-old Chance Pearson was charged with sexual assault. His bond was 1,000 dollars.

Pritchard argued that the whole point of a bond is to secure their attendance at trial. By setting a ridiculously low number you are promoting flight he said.

Both of those suspects have since been re-booked into the Bell County jail and held on much higher bond amounts but Pritchard said she has already more than proven that she is unfit for the job.

“When a judge says just a month after being sworn in that she is not following the constitution. Well then that's a dereliction of duty," Pritchard said.