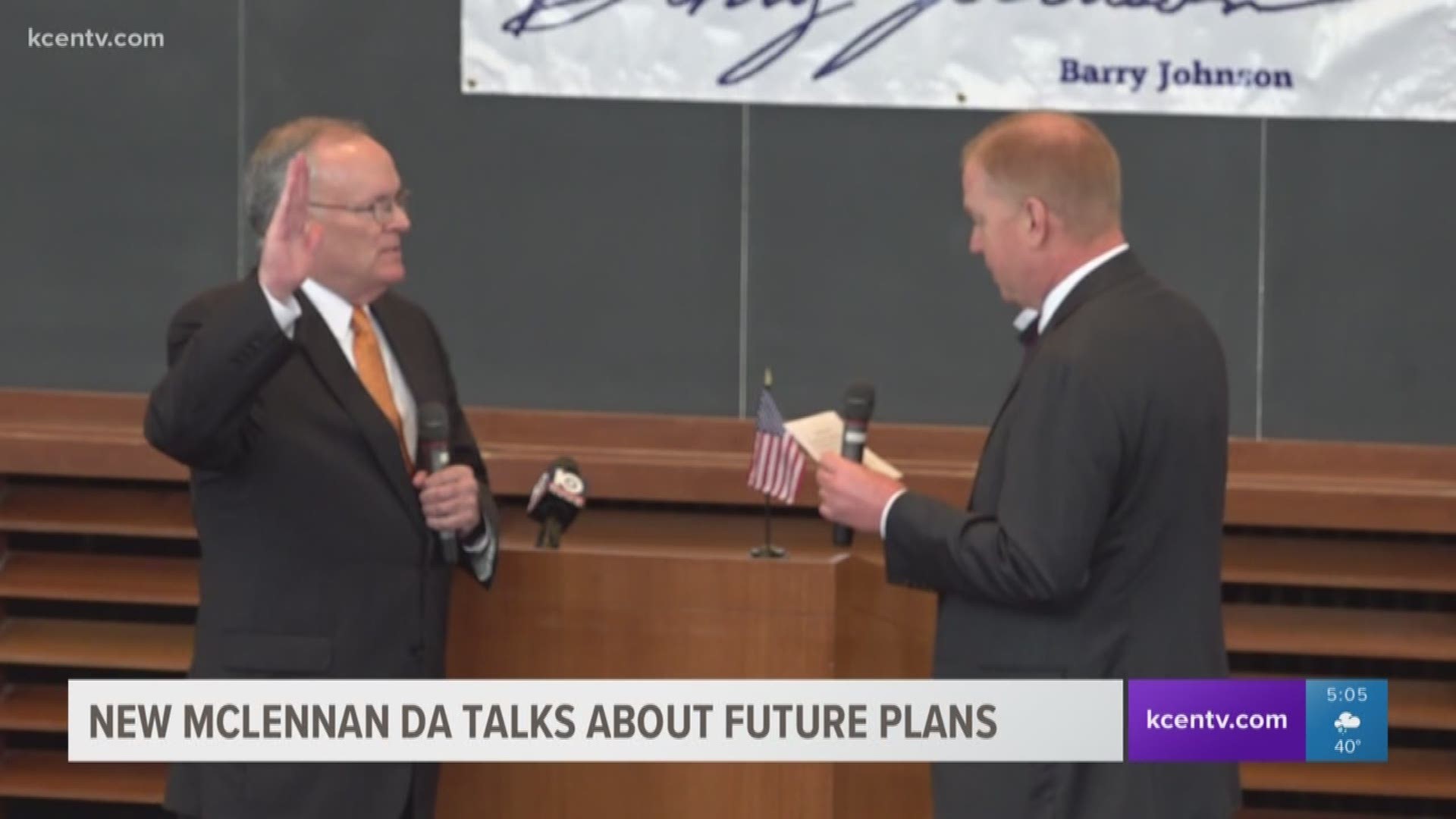 Johnson officially took over the responsibilities of eight-year incumbent Abel Reyna, who he defeated in March.

Johnson said he hopes to bring more transparency to the office. He also said he is optimistic about the new position and plans to tackle big cases like the Twin Peaks trials.

According to Johnson, he's already started a committee to look into the Twin Peaks cases. He said he hopes to have an update on the office's plans for the trials within the next 90 days.

"We are all in this fight for the same thing and that's to make our community safer, get as many criminals off street as possible, and mainly just to make sure that justice is served," McNamara said.