Police identified the victim Thursday afternoon as a 53-year-old woman from Killeen. 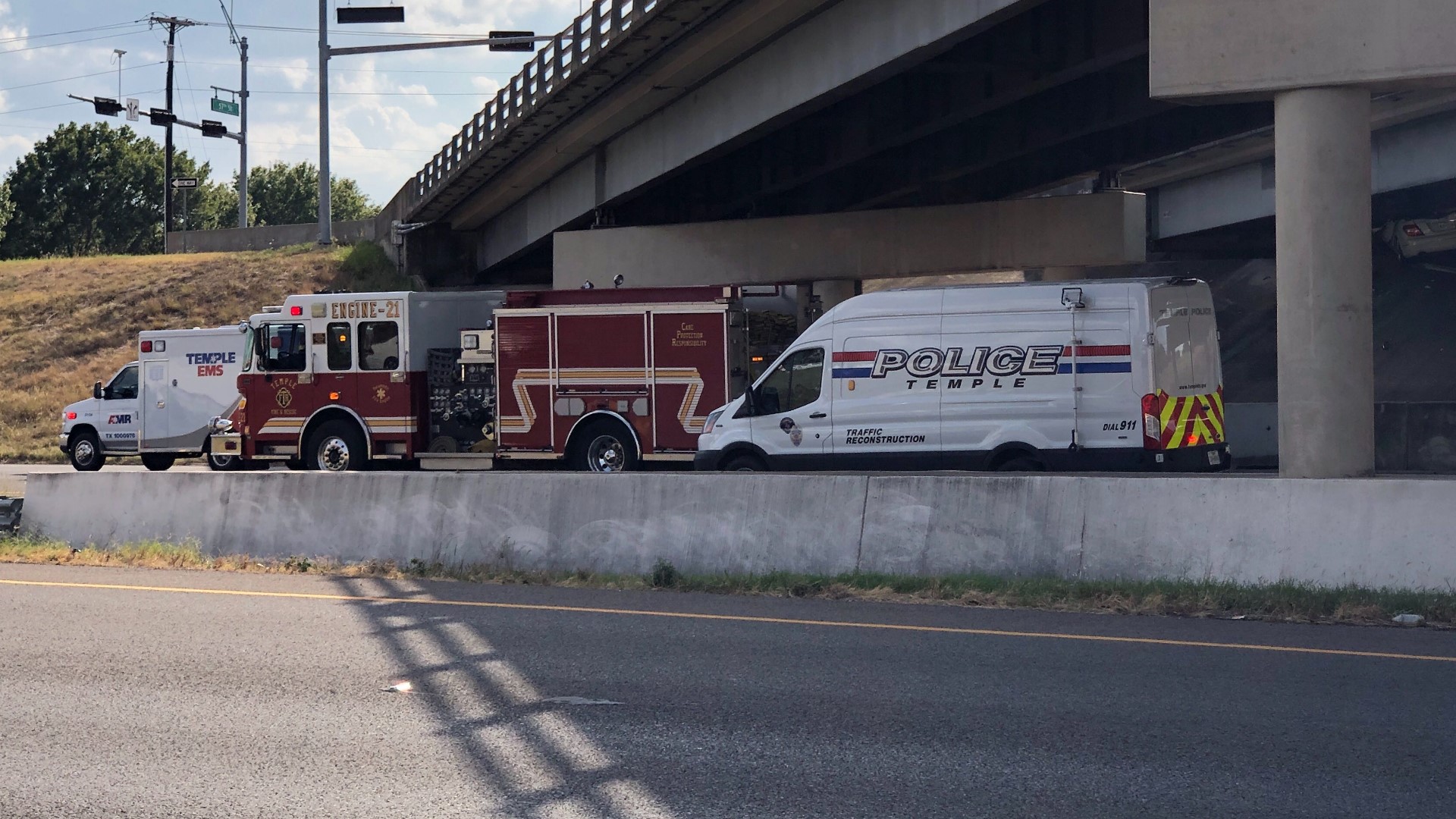 53-year-old Deborah Tyler was killed Wednesday after her car was crashed into a bridge in Temple.

Police said she was driving a four-door Mercedes sedan east when she left the road and her car became wedged under the 57th St. bridge. She was pronounced dead at the scene.

Police said no one else was in the car at the time of the crash. The circumstances of this accident are still under investigation.

The freeway was closed for nearly four hours as crime scene and accident reconstruction investigators were called and emergency crews worked to clean up the crash. All lanes were reopened around 8 p.m.