The Waco Fire Department was assisting Lacy Lakeview Monday in putting out a fire. 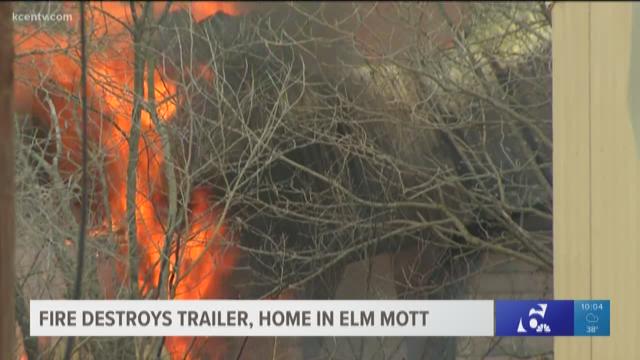 According to Jerry Price, Elm Mott Assistant Fire Chief, they received a call at 12:49 p.m. about a trailer on fire.

When units arrived at the scene, they found an RV camper fully involved along trees and rubble piled next to it. As a result, the fire spread to the home causing it to catch it on fire.

One person was at the residence and they said they were outside the home 15 minutes prior to fire starting.

Price said he was the first and only person available with Elm Mott Volunteer Fire Department to respond to the scene. Waco, Lacy Lakeview, Bellmead, and Ross Fire Departments assisted with the blaze.

Due to the lack of fire hydrants in the neighborhood, units had to bring water to the scene to help put out the fire.

An investigated will be done the Lacy Lakeview Fire Marshall or the McLennan County Sheriff's Department, Price said.

The home is a total loss and no injuries were reported.

Officials said the Red Cross will be notified of the incident.