A local fisherman broke the previous Waco record with a 64-pound flathead catfish. 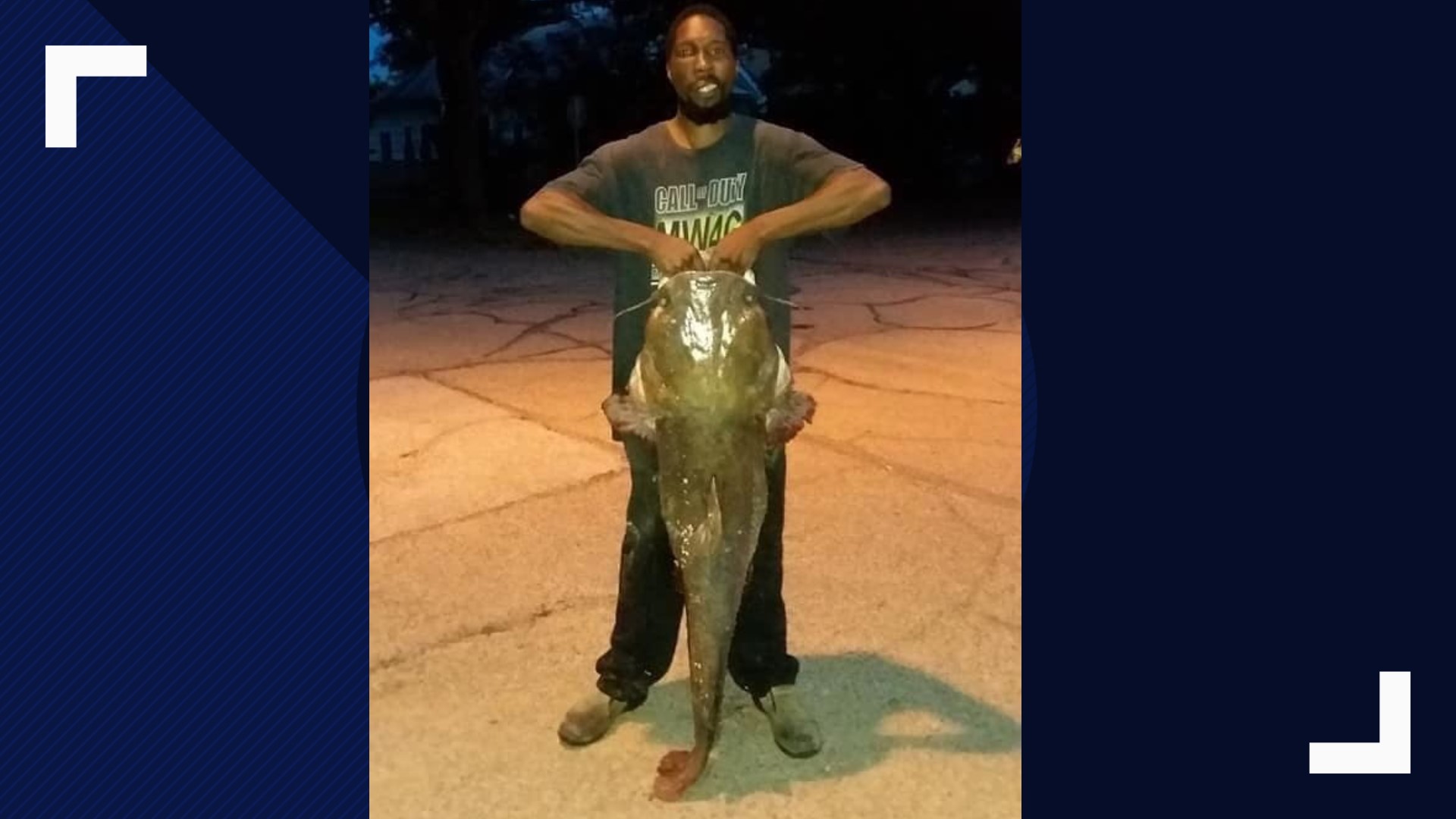 WACO, Texas — A Waco man is quickly making a name for himself in the local fishing world after catching the biggest catfish in Waco to date.

Herbert Mollett caught the 64-pound yellow catfish at the spillway in Lake Waco. Before his catch, Waco's record for biggest catfish was a 59-pounder caught in 2003.

Mollett said it took about 15 minutes and the help of three people to reel in his prize. He said he took it straight to Cabela's to get it officially weighed.

"This is the biggest fish I've ever caught. It's just an exciting adrenaline rush," Mollett said.

The fish came in at 64 pounds and 52 inches long, but it wasn't Mollett's first big catch. He said he also caught a 50-pound catfish not long ago.

"I got my start when I was four with my dad. I just enjoy being out on the water," Mollett said.

Mike Meyers, a skilled fisherman and administrator with Fish On Waco, said it's very impressive.

"The spillway here in Waco is a pretty popular fishing spot. It's definitely a rarity to catch a 64-pound fish. It's a once in a lifetime opportunity for most anglers," Meyers said.

Mollett said the fish is in his freezer now, and he plans to enjoy it with his family this weekend.

Mom, stepdad of Maleah Davis banned from contact with all their children, court rules