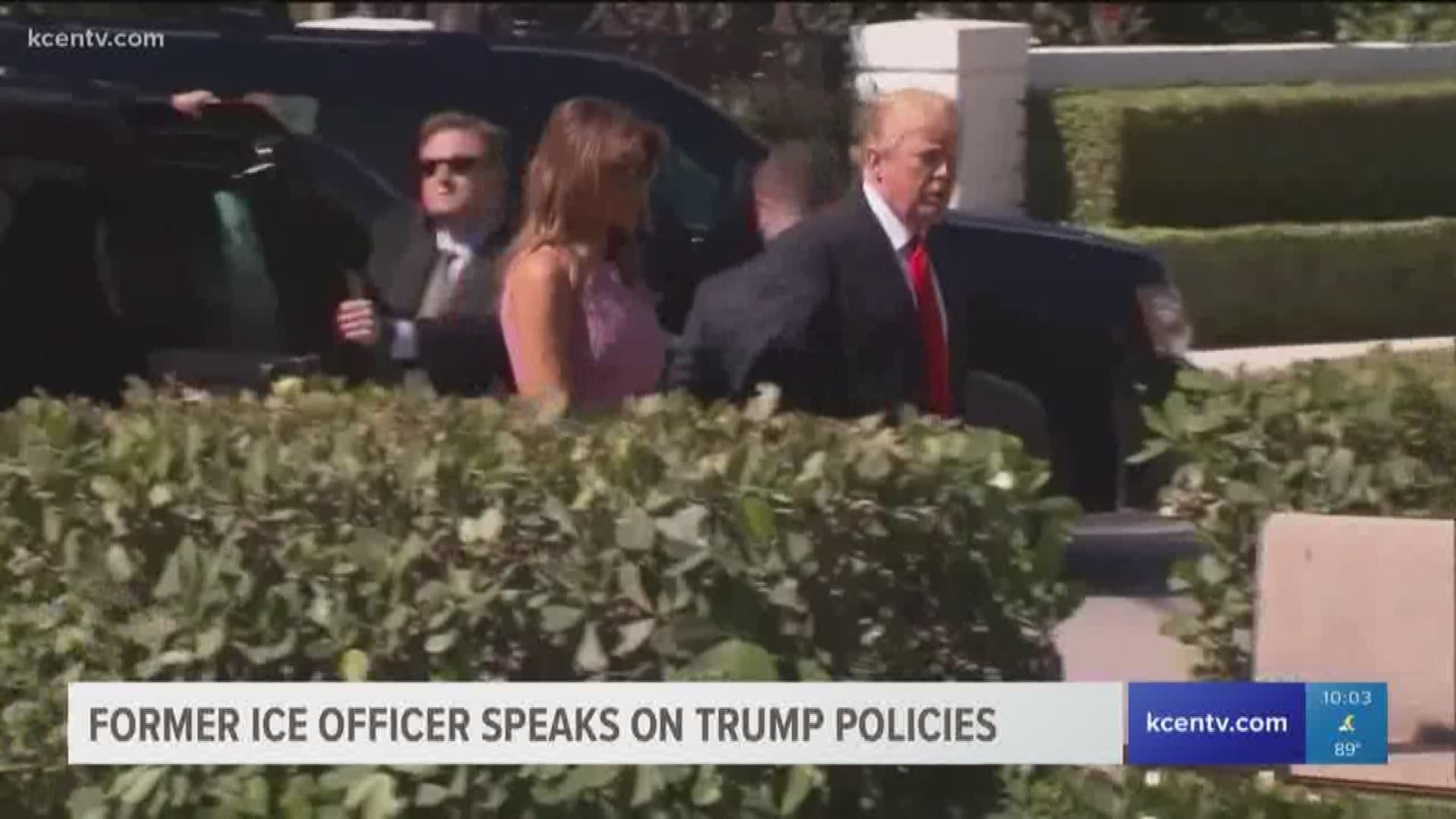 President Trump's decision to end the DACA program that provides temporary legal status for immigrants has sparked protests nationwide, as has the administration's hard-line stance on illegal immigration that is separating families at the border. But what would a former Immigration and Customs Enforcement Officer say about these decisions. Channel 6 News sat down with retired ICE officer Eduardo Rodriguez Saturday to find out.

Channel 6: Was DACA a valid program or was it an abuse of power by the Obama administration?

Rodriguez: "Yes, it was valid. It falls under humanitarian statutes in regards to immigration. To create an executive order was well within his wheel house."

Channel 6: Does the Trump administration have the authority to end DACA?

Rodriguez: "It is also the presidents ability or right to end it. The key here is the word 'president.' The office of the presidency has that authority, not the person in the office."

Channel 6: Was DACA good for the country, and did it create any issues with ICE enforcement.

Rodriguez: "It was good for the country, and it didn't make any difference to ICE. It was just another policy instituted to make things happen."

Channel 6: If DACA ends, how many people will be subject to deportation?

Rodriguez: "It would be approximately one million people that would be more or less eligible to be removed from the country."

Channel 6: What will ICE when DACA expires?

Rodriguez: "Immigration is going to make a statement saying 'we are going to start removing you.' Usually what will happen is that people will leave on their own. We call that 'self-deportation'. Then other people will try to assimilate back to the shadows."

Channel 6: Will ICE start actively rounding all those people up when DACA ends?

Rodriguez: "What would ICE do? Well ICE can't do anything really. What they will probably do is wait till these individuals get arrested, or voluntarily show up at the offices, because there is not enough funding to remove that many people, plus we don't have enough agents."

Channel 6: Is there a path to avoid deportation for those people?

Rodriguez: "Nope. If you are not a United States citizen, you will be subject to immigration law. It is just a matter of time as to when that may or may not occur."

Channel 6: Given that any president could have ended DACA at any point and made all these people subject to deportation again, was it a good policy for dreamers?"

Rodriguez: "I think looking back on it now we can pretty much say it wasn't. It gave people false hope. It gave people an opportunity to experience something we all try to get, and then you just took it away from them. It wasn't a very good deal for them. Was it a good deal for the government, for communities, good for business? Unfortunately, yes it was."

Channel 6: The president has taken a hard line on immigration enforcement and now families that cross the border illegally are separated. Is that in keeping with previous ICE policies?

Rodriguez: "When I was working for ICE, at the time, our policy was to keep families together, in fact we had several acts, one called the 'Life Act,' which required us to maintain the families."

Channel 6: Is what the Trump administration doing against the law in any way?

Rodriguez: "This administration wishes to enforce the letter of the law, and in so doing, they are authorized to do everything they are doing by the law. They wouldn't be able to do these things if that didn't exist already."

Channel 6: What do people you've spoken to inside ICE think about the current policies?

"Those that I've gotten an opportunity to speak with that are still working for the agency... Yea, they have concerns on a personal level but they are going to do their jobs because they are professionals. Whatever the current policy is, they will do that, but they will try to do it as humanely as possible."

Rodriguez served as an ICE officer until 2004, and has kept up with many who still serve in the Department of Homeland Security. He lives in the Houston area and visited Belton Saturday to speak at a local LULAC event.