How did Fort Hood get its name and why is there a push to change it?

Rep. Roger Williams spoke Wednesday about renaming the post, which has Confederate ties. Here's a look at the name's history on the post. 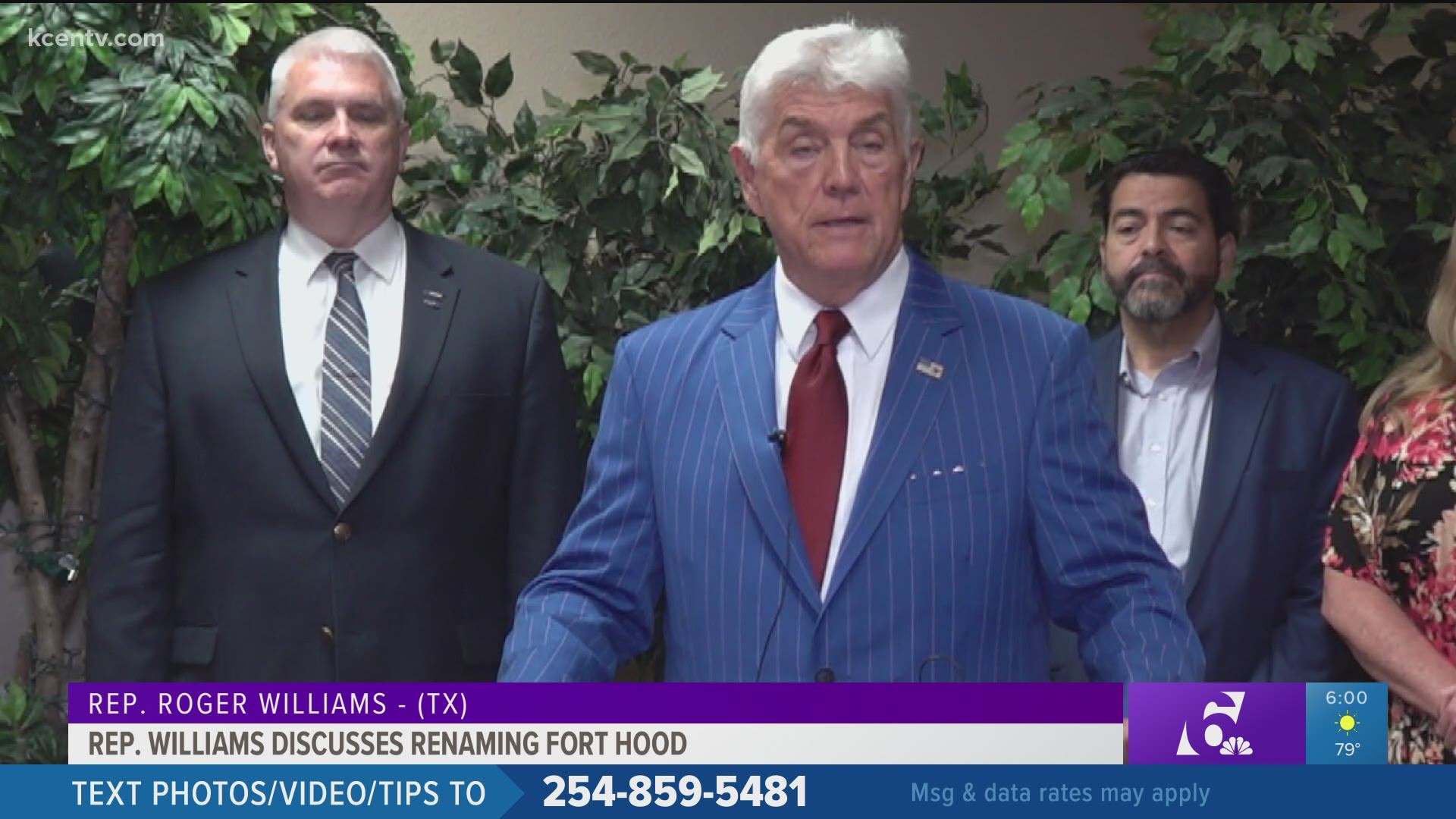 FORT HOOD, Texas — The topic of renaming Fort Hood surfaced again Wednesday as Rep. Roger Williams discussed the potential name change among other issues with the community at a roundtable on the Central Texas military post.

Williams said a commission would discuss the potential name change with a "two- or- three-year study" resulting in a name everyone could be "proud of."

Previously, the topic was brought up in the recent national defense bill, which included a section on renaming assets that commemorate the Confederacy or individuals who served with the Confederate States of America.

But how would that impact Fort Hood? Here's some history on the post and its name.

Fort Hood was established in 1942 as the U.S became involved in World War II, and was originally a tank destroyer tactical and firing center under the name Camp Hood, according the U.S. Army.

The camp's name was selected by the Department of Defense, then known as the War Department, in accordance with its naming policy, per the U.S. Army Center of Military History. The policy stated that camps in the south would be named after southerners, meaning they could potentially be named after Confederate soldiers, which is what happened in the case of Camp Hood.

The new Central Texas temporary military camp was named after Confederate Gen. John Bell Hood, a Kentucky native who considered the Lone Star State home after serving as a U.S. Army officer in the state. However, Hood resigned his U.S. Army title and joined the Confederate Army at the beginning of the Civil War where he commanded the Texas Brigade, according to the army history center.

Hood's name was floated as an option when establishing the Central Texas camp in January 1942 and was officially selected in March of the same year, leading to the new training camp's name. Two years later, in 1944, Army Ground Forces sought to change the name to honor Lt. Gen. Lesley J. McNair, a former commander. The effort failed.

With the U.S. involvement in subsequent wars, including the Korean War in the 50s, the Vietnam War in the 60s and the Cold War, Camp Hood was established as a permanent military post under the name Fort Hood, the name it has carried to this day.

Now, the post is one of nine other military posts throughout the south named after Confederate soldiers that could be renamed following the January 1 passage of the national defense bill. The bill orders the Secretary of Defense to form a commission charged with the task of renaming assets under the Department of Defense that commemorate the Confederacy and those who served under the Confederate States of America.

The League of United Latin American Citizens also recently chimed in on the Fort Hood name change, passing a resolution calling for the Central Texas post be renamed after Sgt. Roy P. Benavidez, a native Texan and Medal of Honor and Purple Heart award recipient.