Police said a woman was moving her stuff onto a trailer when she got into an argument with her boyfriend. Police said he responded by setting it all on fire. 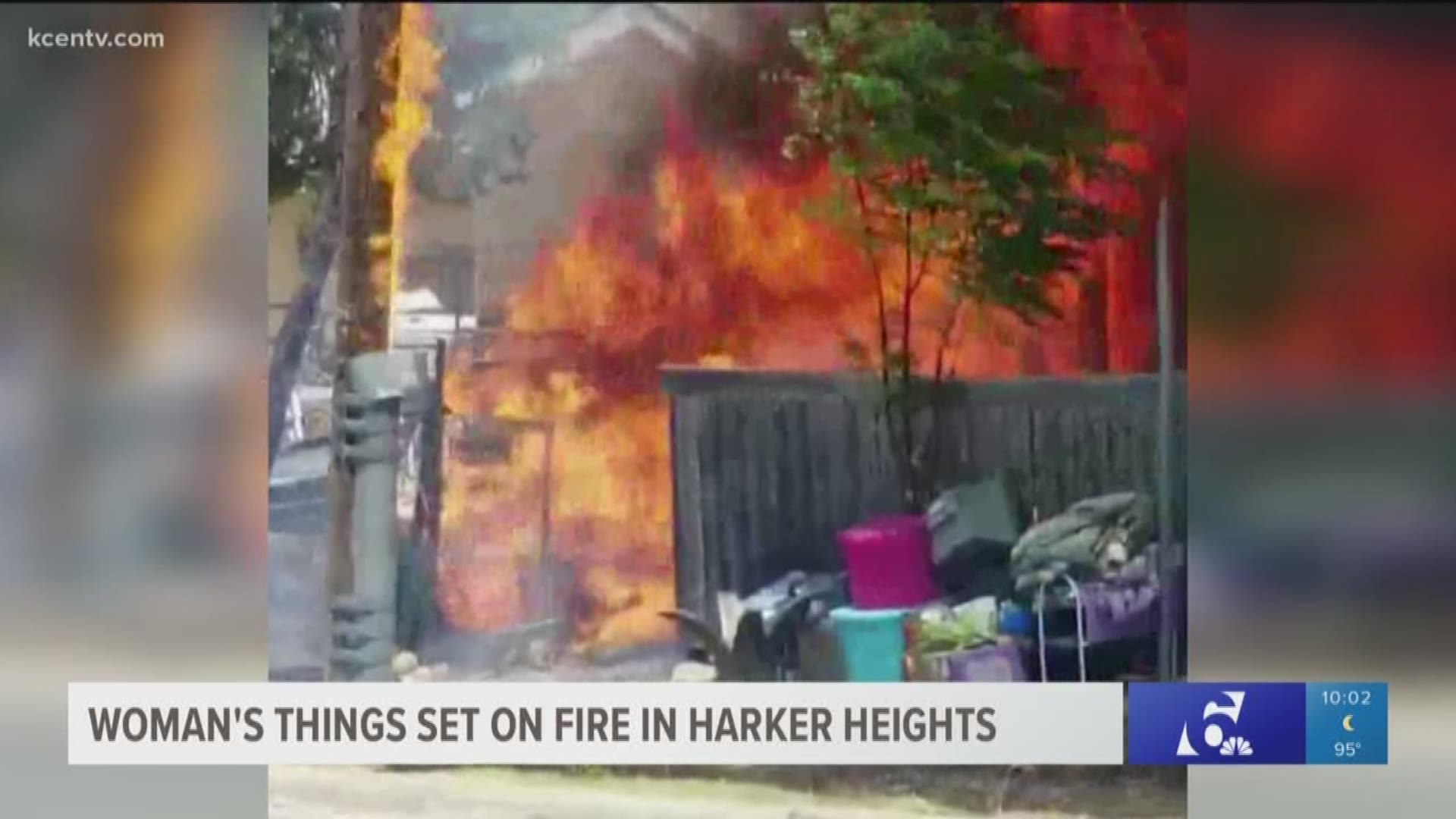 A man in Harker Heights allegedly set his girlfriend's belongings on fire after they got into a fight Tuesday afternoon, according to Harker Heights Police.

Police said around 2 p.m. at a house in the 200 block of East Valley Road the woman was moving her belongings onto a trailer. Police said she got into an argument with her boyfriend, at which point he set all of her stuff on fire.

Police said the fire spread to nearby trees, a fence and the power lines. The fire didn't cause anyone to lose power but internet and cable were interrupted.

The fire caused close to 75-hundred dollars in damage. Police said the case was being investigated as arson. They did not say if the man who allegedly started the fire would be arrested.