Inside Prison Walls: More than a basketball game

When religion and the game of basketball came to the Alfred D. Hughes Unit, its inmates felt more human. 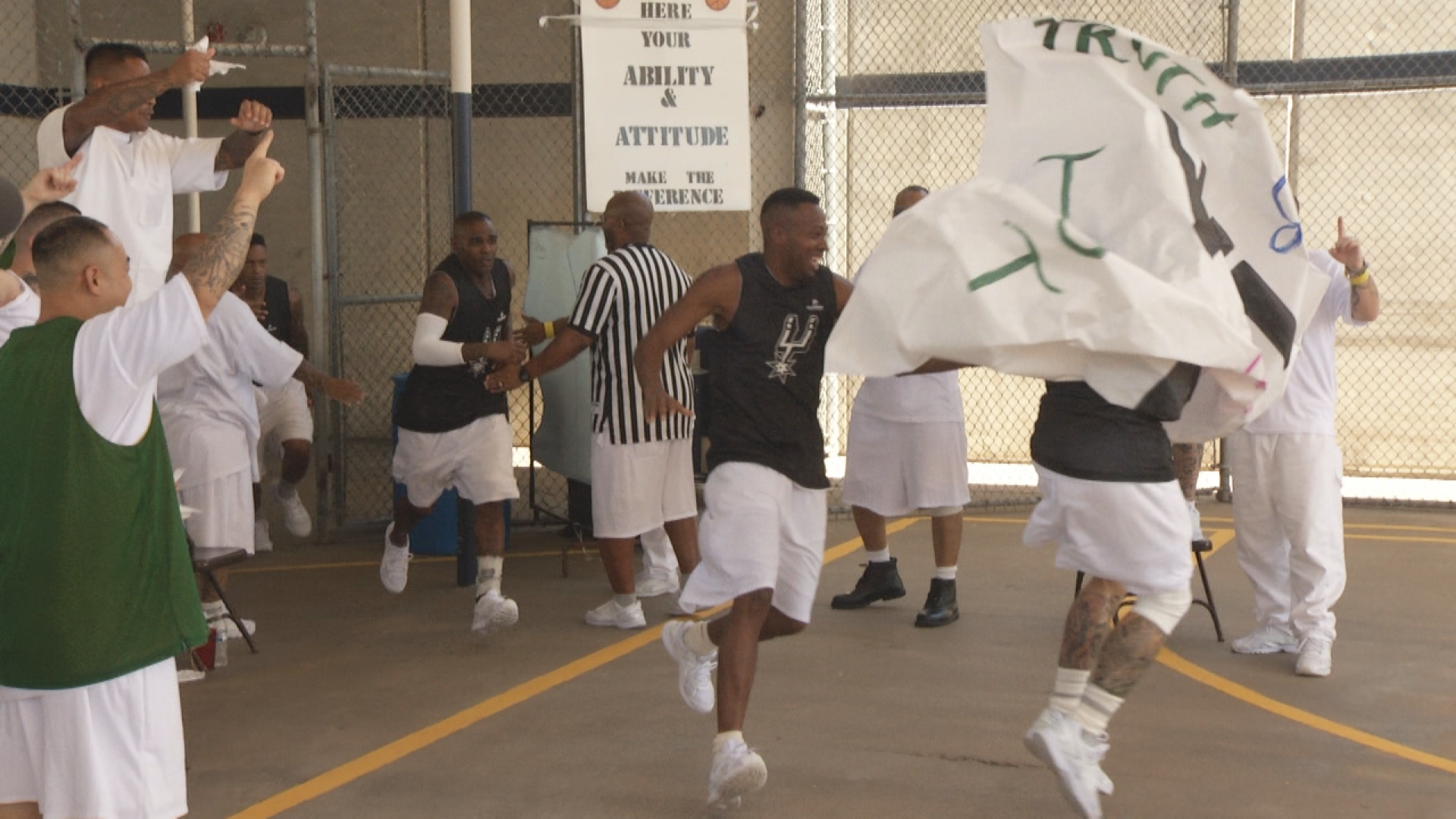 GATESVILLE, Texas — Surrounded by razor wire with watch towers looking down, a maximum security prison near Gatesville is likely one of the last places you'd expect God and basketball to collide.

However, former professional basketball players visited the Alfred D. Hughes Unit to participate in the Chariots of Fire Basketball Tournament against the inmates. Discipleship Unlimited, a Christian outreach program that volunteers inside Gatesville-area prisons, set up the game.

"They've bound together," Terry McDonald of Discipleship Unlimited said. "They're encouraging each other for the right reason, which is to grow and become better men. Whether they're here for a year, or 20, or 50."

McDonald said he's been volunteering at the Hughes Unit for about 10 years. His mission is to spread Christianity to those trying to reform.

Credit: Kurtis Quillin, KCEN
A banner hangs over the court in one of the recreation yards at the Alfred D. Hughes prison near Gatesville, where "Chariots of Fire" was played.

Some inmates said the game is a chance to feel human again.

"It's more about trying to show people like my son, and my mother and my father, give them a chance to see me for who they have expectations for me to be," J'Van Howard said.

Howard is 11 years into a 25-year sentence for aggravated sexual assault.

"There's a lot of guys, man, that never, ever, ever get visits from family members," Howard said. "They get time and people forget about them."

He still has his eyes set on an eventual release date, but not all of his peers share that situation.

"Through the game of basketball and through the belief, you can do good," Clark said. "You can do good things in this world, and there's a lot of good. And these men, they've made some choices. They're in here for a reason, but they aren't giving up and they want to be productive."

Credit: Kurtis Quillin, KCEN
The "Hughes Unit Offenders" break through a banner with fellow inmates cheering them on as they take the court on June 8, 2019.

As the national anthem started, inmates gathered in prayer and in support. Although the team of "Freeworld Pros" was shooting to inspire change and be a symbol of hope, for retired pro, Brad Buckman, it's the hope he took home to Austin that motivated him to return this year.

"He just broke down crying," Alexis Jones, Brad's wife and the founder of I am That Girl, said. "And he said, 'These guys walking up and saying what a privilege it is for me to be there,' but what they don't realize is this was one of the greatest gifts he'd ever been given in his entire life."

McDonald said the influence of the game and religion on the inmates is clear.

"I've seen a change in a lot of their lives," he said.

The inmates have beat the pros both times they've played. However, win or lose, they say they've received a gift like no other.

"This basketball tournament is something that we need to really just show people how to constructively do their time," Howard said.

Even in a place as bleak as a maximum security prison, hope can shine inside those concrete walls, one shot of a basketball at a time.

"If you actually sit around and do something about trying to change yourself as well as others, you'll get more out of it," Howard said.

Veteran who was missing for more than a month found safe, Lampasas Police Department says