Instead of New Year's Resolutions, how about a Monday resolution

Monday resolutions makes one set more realistic goals, that way they're more attainable. Instead of failing on one, massive goal, succeed in chunks with a weekly goal. 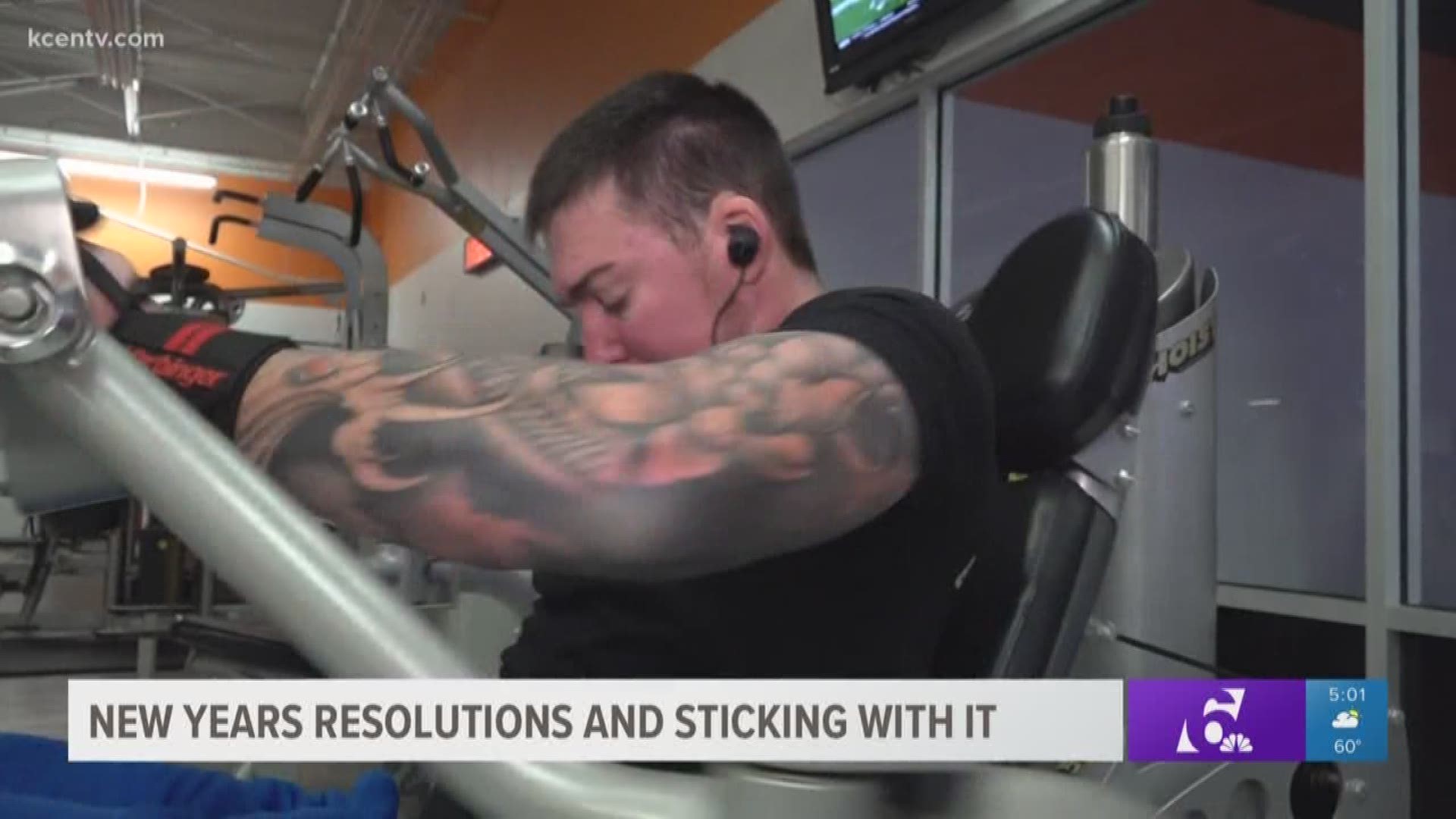 TEMPLE, Texas — As we usher in a new year, thousands of people are ready to embark on new weight loss goals to begin 2019.

According to CNN, nearly 42 percent of Americans made resolutions and of those who made them, fewer than half of them were successful after six months. In fact, most ditched their resolutions by mid-February.

“It’s all about intrinsic motivation and some have more of that than others,” explains Susan Cornette, director of group fitness at Total Titan Training in Temple.

James Wooddell, an avid member of Gym X, says he notices that most people just give up on their resolution before they even get started.

“Most people go to the gym or they think ‘yeah, I’m going to start out the new year and then they kind of do it consistently but only for a short period of time.”

“Diet is such a big part. It’s 80 percent of the equation,” says Cornette who sees a lot of people fail because they aren’t following a regimented plan. “You really do need to eat the right things, eat clean things. Try to eliminate sugar and processed food and you’ll right on track.”

With all of the temptations out there, failing is inevitable, Cornette says.

“People fail because it’s hard. It’s hard for me. It’s hard for all of us. There’s about three percent of the population that really enjoys exercising and probably same number that wants to eat perfectly all of the time, so you aren’t alone.”

This is where the idea of "Monday resolutions" comes in.

“I really like that,” Cornette says. “Getting back on track is key so if that means Friday night you messed up and so Monday you’re back on track, then great!”

As for the gym, if finding your groove and finding a better you is on your list, a support system is there to help you.

“Just ask somebody, they’d want to help you because they know you’re here to better yourself,” Wooddell says. “It’s kind of cool to give people adice that are just starting out because you want everybody to succeed.”

“Don’t beat yourself up. Don’t think about the past. Just show up and start again,” says Cornette.