KILLEEN, Texas -- Bell County Justice of the Peace Claudia Brown, who was sued for setting a record $4 billion bond for Killeen murder suspect Antonio Willis, is again facing ethical questions from the lawyer who filed the original complaint. 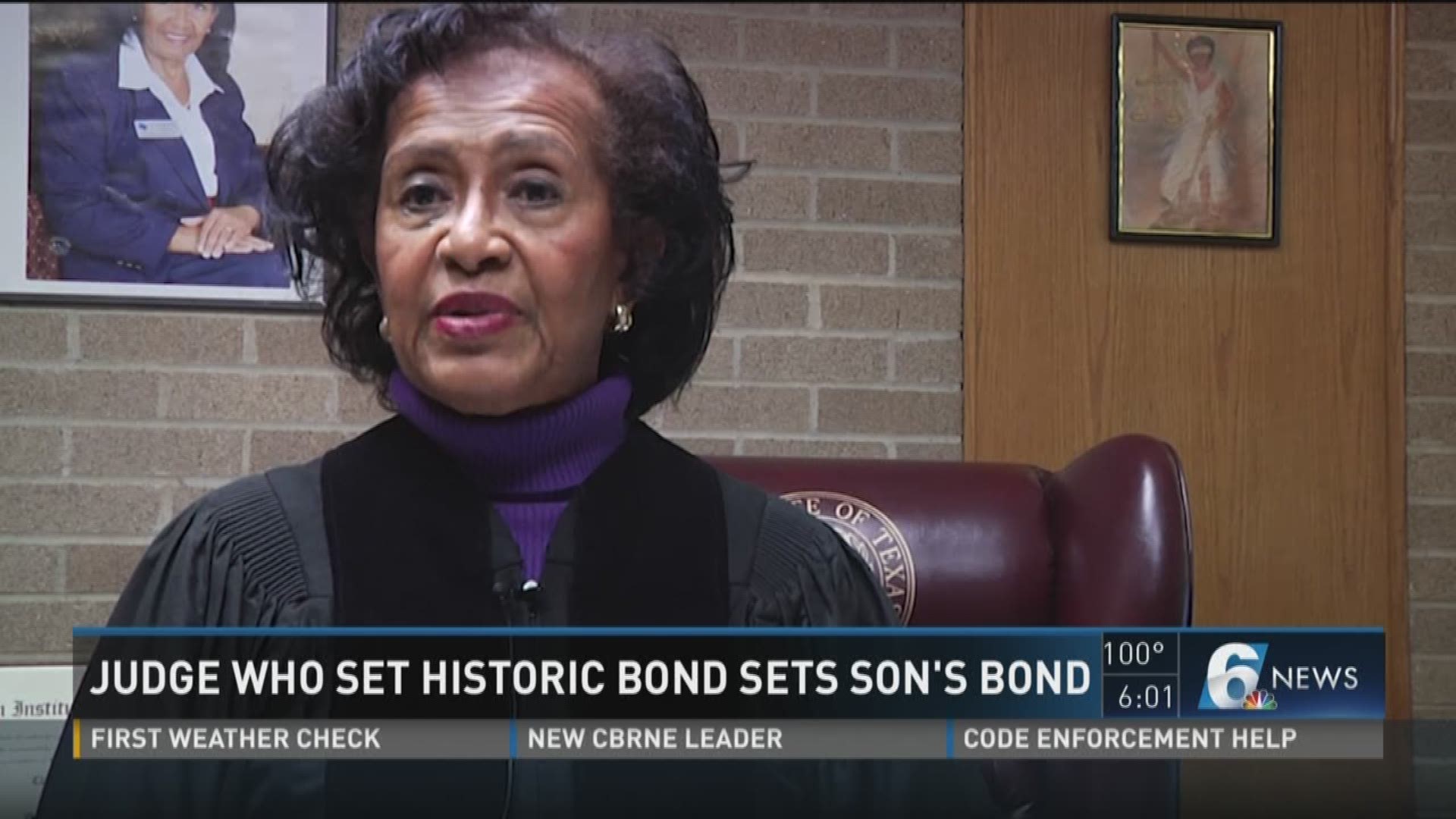 KILLEEN, Texas -- Bell County Justice of the Peace Claudia Brown, who was sued for setting a record $4 billion bond for Killeen murder suspect Antonio Willis, is again facing ethical questions from the lawyer who filed the original complaint.

Killeen-based attorney Brett Pritchard provided arrest documents that showed Brown's own son appeared before her in court Thursday morning, after being arrested for misdemeanor DWI. A breath test for alcohol yielded a 0.00, but the arresting officer said he believed Brown's son, Kevin Anton Davis, was under the influence of a substance other than alcohol and stated eight bottles of prescription medication were located in the vehicle.

Brown set her son's bond at $2,000, and he has since bonded out of jail. While neither of two lawyers contacted could identify a specific law Brown would have violated by setting her son's bond, judges are subject to the Code of Judicial Conduct, which requires them to avoid doing anything that would suggest the appearance of impropriety. The Texas Constitution also bans judges from presiding over cases where they are related to either party -- which, in this case, would be Brown's son.

"You want to avoid the appearance of impropriety at any cost," said Channel Six Legal Analyst Liz Mitchell.

Bell County Attorney Jim Nichols had been working on a settlement agreement for Brown, so she could avoid a trial over the lawsuit previously filed. Now, he said that might change.

"This latest bond issue where she set the bond on her son is certainly something I'm going to have to discuss with her attorneys and causes some concern about the direction we're taking with negotiations," Nichols said.

On Thursday, Nichols said it would be up to the Judicial Conduct Committee to determine whether or not Brown broke the rules.

For Pritchard's part, he said he has never seen a judge determine bond for a relative in roughly two decades of practicing law. He said he cannot see how a settlement agreement would be possible at this point.

"The whole basis of my original lawsuit was she lacked the judgment needed to perform her job as a judge," Pritchard said. "And, her decision in this regard demonstrates just a complete lack of judgment, a lack of forthrightness and a lack of ethics."

Contacted by KCEN-TV Thursday, Brown said her lawyers advised her not to comment. Channel Six News Reporter Emani Payne previously spoke with her in an interview that can be viewed here.

The typical bond for a misdemeanor DWI offense in Bell County is often somewhere between $2,000 and $5,000, according to Nichols. So, Brown's bond falls into that range. But, Pritchard's legal question has more to do with the fact that Brown set bond for her son -- as opposed to what the bond was.

Mitchell said the State Commission on Judicial Conduct has the power to remove or discipline a judge for willfully violating the rules of judicial conduct.

"In this case, it is hard to argue that there was no conflict of interest and that this action didn't give the appearance of impropriety," Mitchell said. "There would have been time to call another Magistrate to set the bond."

Mitchell said the bond should have been set by someone who was not related to the defendant.