Killeen "policy" on sewer repairs could cost you thousands 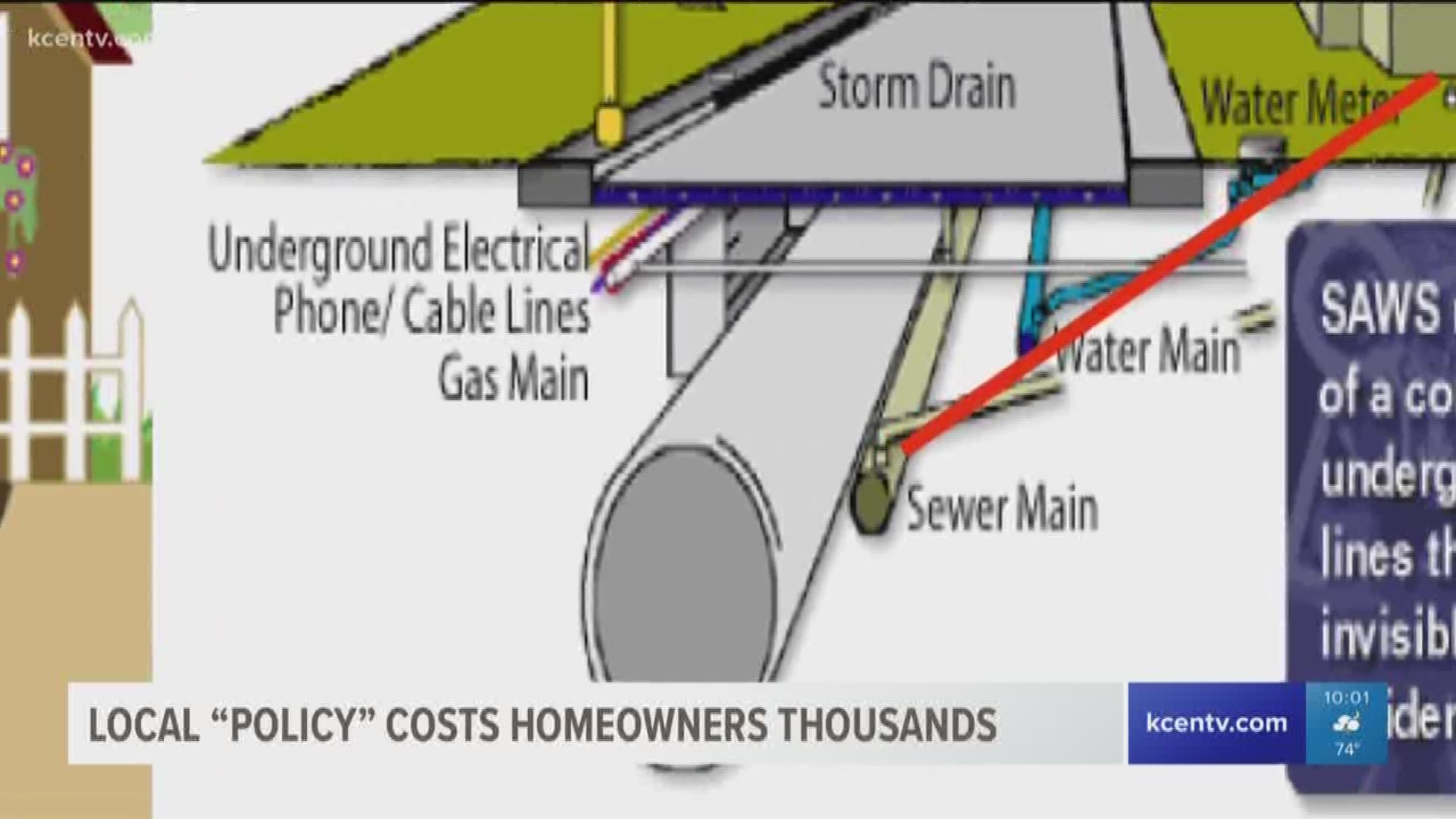 Killeen — Most homes have sewer lines that connect to a "sewer main" or main line. These "lateral lines" often go under public roads. If a resident were required to pay for a repair under a city road, the cost would be in the thousands of dollars.

Turns out. Killeen homeowners have to do just that.

When homeowner Lee Huggins found out there was a problem with his lateral line, Huggins told Channel 6 the City of Killeen identified an issue with the lateral line outside his property line on the edge of the road. He asked the city to fix it, and instead they gave him a letter.

The letter states the sewer service line is a "private lateral," and "was never accepted by the City for maintenance." It states "the City is responsible only for the maintenance of the sewer main" and references a court case: Pittman v City of Amarillo in 1980.

This means Huggins would have to pay a contractor to dig up the city street to repair the lateral sewer line, and he told Channel 6 the estimate was in the thousands.

"My estimate for this repair is at least thirteen thousand (dollars), because it's thirteen feet and that involves excavation, cutting of the concrete and repairing, according to city requirement," Huggins said.

In a council workshop on August 7th, City Attorney Kathryn H. Davis told the Killeen City Council that the "policy" regarding the repair of private laterals is not in any city ordinance.

Councilman Steve Harris told the council he could see why the policy would anger home owners.

"As a home owner and citizen I don't like the situation. I would be pretty upset myself. I would be trying to fight myself." Harris said. "Hey this is yall's street."

Director of Water and Sewer Utilities Steven Kana told the council Thursday that around 18 citizens have the problem every year, but expressed concern that the city would have to bill other citizens to pay for a fix.

Councilwoman Shirley Fleming told Channel 6 she was shocked to find out local citizens were on the hook for the repairs and that there was no ordinance addressing the situation. She said a letter citing court cases is not what citizens should be receiving.

"The letter that states that each citizen is totally responsible... that should have been thrown out a long time ago," Fleming said. "It's still being given to the citizens. They have to abide by this which to me is not right."

Fleming believes the City of Killeen should be responsible for the laterals outside of a persons property lines, but she said she needed others on the same page.

"Get involved, call the city manager, the mayor, everybody, and make sure they understand what we are trying to do. Mr. Huggins is not in this by himself," Fleming said.