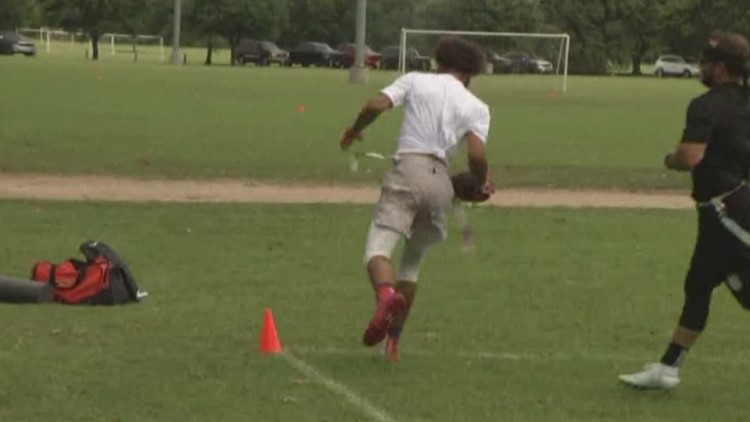 WACO, Texas — We've all seen the signs of Waco's tourism boom from the crowded downtown streets to the new hotels popping up in the area.

This weekend, the latest sign of that growth was a flag football tournament that organizers said was the largest in Central Texas history.

The Battle Waco Flag Football tournament was a qualifier for the national championship in Orlando, Florida.

The tournament wasn't the first major flag football championship in Waco, but it was the largest. Organizer said between 60 and 80 teams from as far as Knoxville, Tennessee, lined up at the Heart of Texas Soccer Complex to play in the tournament.

Athletes of all ages and even some former NFL players competed.

Organizers said they hope they can keep the progress going.

"It's kind of the goal," Patrick Alley, one of the event's directors, said. "It's what we're planning on doing... increasing steadily throughout time."

So far, Alley said they've had nothing but positive feedback.

"I haven't heard anything negative," Alley said. "The fileds are in great conditions. Everything's not dry, and it's not even that hot for Texas this time of year. We're pretty lucky in that regard."

"I love this city," Jose Reyes, who traveled from Fort Worth, said. "The city's great. These are actually pretty nice fields. We were driving here and didn't know what to expect. But this is really nice."