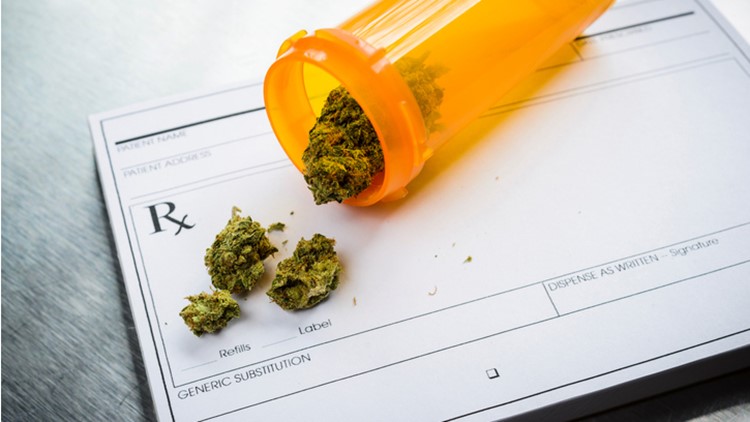 Photo by: Thinkstock
medical marijuana and a doctor's prescription

"Senate Bill 90 [is] a comprehensive and compassionate medical cannabis bill," his office said in a news release. "The proposed legislation would increase the number of debilitating medical conditions that qualify for the Texas Compassionate Use Program."

Texas would become the thirty-third state to allow medical marijuana for patients that qualify, Menéndez's office said. It also said that Senate Bill 90 would allow doctors to treat medical cannabis like any other medicine.

"Doctors, not politicians, should determine what is best for Texas patients," said Senator Menéndez said in a statement. "Studies have proven that cannabis is a legitimate medicine that can help a of variety Texans including, individuals suffering from opioid addiction, veterans coping with PTSD, cancer patients, and people on the autism spectrum."

"Patients should not be arrested for using a medicine that is legal in every state that borders Texas, including conservative states like Oklahoma and Arkansas."

Menéndez filed medical cannabis legislation twice before, Senate Bill 1839 in 2015 and Senate Bill 269 in 2017. He also co-authored Senate Bill 339, allowing for limited cannabis use for people with intractable epilepsy, meaning traditional medicines do not work to control the seizures.

“The legislature must act and provide medical freedom to those who need it this most," Menéndez said.