Temple fire officials said traffic was expected to be delayed for several hours. 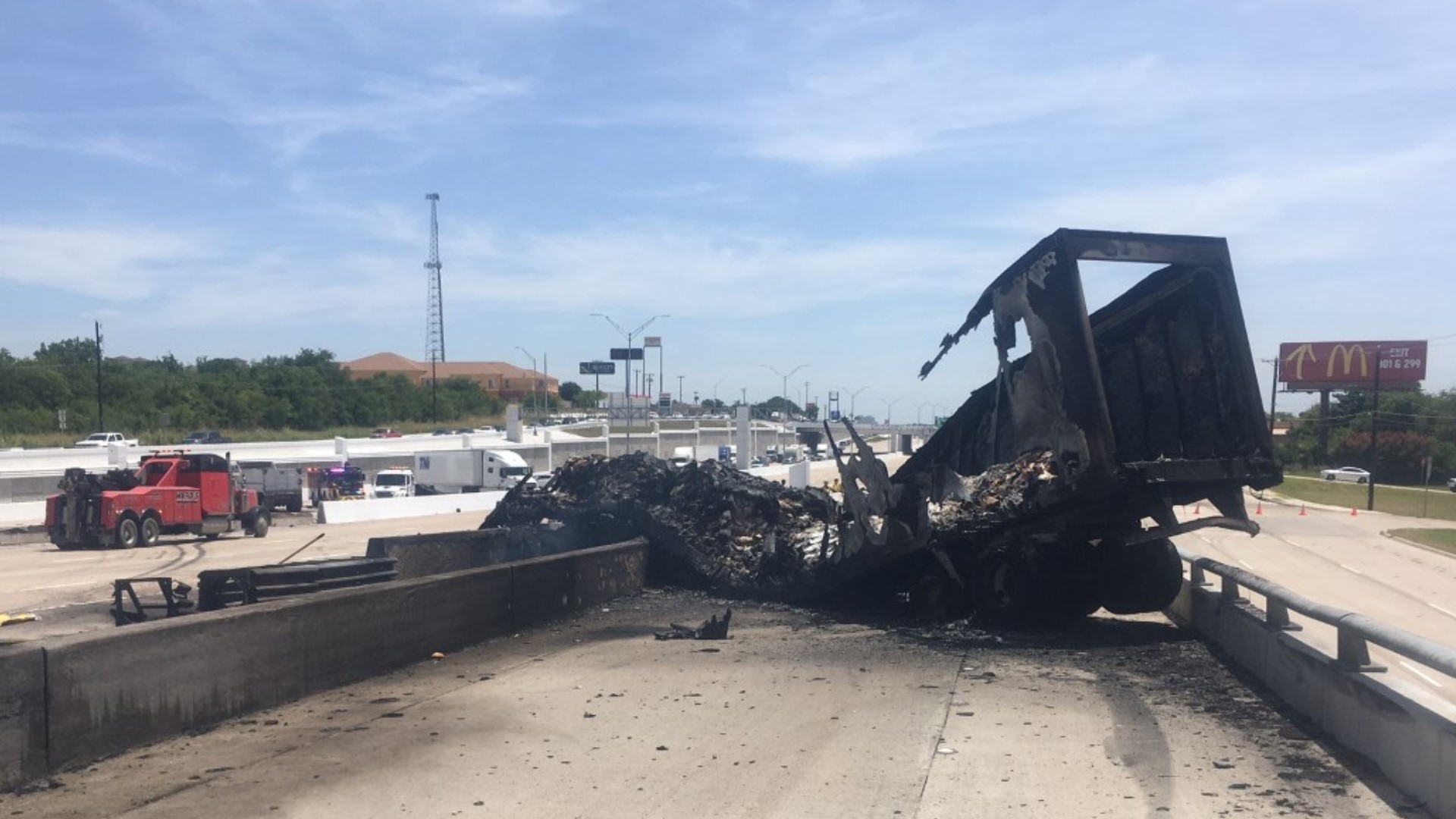 Temple police and fire crews responded to the scene.

Fourteen people were involved in the crash, and two were taken to the hospital for evaluation, Pechal said.

One of the semi trucks caught fire, and a center retaining wall was damaged in the crash, according to Pechal.

All lanes of the interstate were closed at the crash site.

Southbound I-35 was closed to traffic at the crash site, and northbound traffic was rerouted to a service road.

Around 9 p.m. the Texas Department of Transportation said the northbound lanes had reopened, but the highway's southbound lanes did not open again until around 9:30 p.m.

Temple police posted to Facebook advising drivers to avoid the area and use alternate routes like Loop 363.

Pechal said major delays should be expected for the next several hours as crews work to cleanup the accident and repair damage.