"Reyna has simply thumbed his nose to this Court" 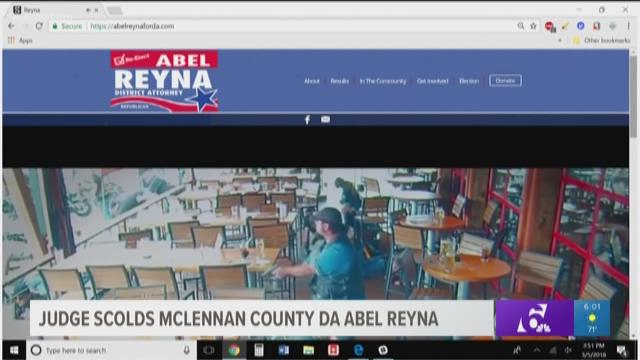 Around 10:30 a.m., Shraver told Reyna he should be ashamed of himself and ordered the DA to remove the advertisement. As of late Monday afternoon, the commercial remained online.

In response to the ad not being removed, Clendennen's defense lawyer Clint Broden filed a motion for sanctions against Reyna and suggested the judge hold the DA in contempt of court.

"As he has done repeatedly in this case, Reyna has simply thumbed his nose to this Court believing that the rules do not apply to him," Broden said in the motion. "Indeed, Reyna apparently figures he can, with impunity, delay the removal of the shameful advertisements until after his primary election that is set for March 6, 2018."

Asked about the latest motion, Reyna cited that gag order and said: "I would love to comment about this, but I can't."