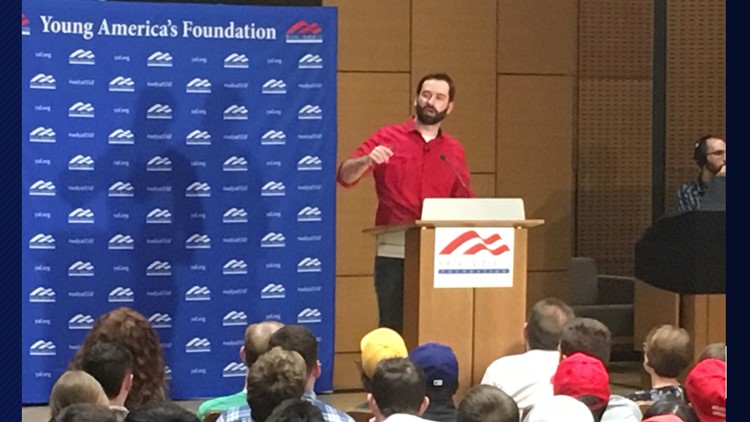 The event titled 'The War on Reality: Why the Left Has Set Out to Redefine Life, Gender and Marriage', drew the attention of both supporters and critics for various reasons. Some view Walsh, who writes for the conservative media outlet The Daily Wire, as a free speaker, while others feel his words negatively target women and the LGBT community.

A letter addressing Baylor President Laura Livingstone and Vice President Kevin Jackson requested that the university reconsider its policy that excludes LGBT student groups.The letter also stated its intent was not to protest Walsh's event, but to use his invitation as an opportunity to achieve "long overdue" changes to the private university's stance on LGBT student organizations.

President Livingstone responded to that letter in a Presidential Perspective address on April 4. Her response reads:

As I reflect back over the past several weeks, our campus has struggled with demonstrating Christian hospitality while expressing different viewpoints. We know that once our students graduate, they will need to be equipped to handle difficult conversations or to face issues they may not agree with or that challenge our Christian beliefs.

Baylor has grown to become a diverse educational institution – with students from all 50 states and 90 countries – where students experience people from a wide range of backgrounds and with differing opinions. Our campus should be an environment where we can learn how to respond to each other in a respectful, compassionate manner and to use challenging situations and discussions to share and reflect upon our own personal beliefs and core convictions. While Baylor is a university that supports and encourages free speech, we have an additional – and very important – responsibility as a Christian university, and that is to appreciate differing opinions and backgrounds in a respectful, compassionate manner that extends grace as Christ did.

We may not always agree, but we are still the Baylor Family. And we all need to do better."

Baylor graduate and creator of the letter petition, Patrick Hill, said he did not attend the event and does not agree with the university's decision to allow Walsh to speak.

“While I am disheartened that Matt Walsh was still permitted to bring destructive speech to Baylor, I do believe that his presence on campus opens a door for LGBTQ+ or affirming speakers to be invited to campus in the future. Also, I believe that Baylor’s commitment to having an environment for “diversified opinions” means that they must allow an official LGBTQ+ group to be permitted.”

Some people in support of Walsh's presence at Baylor created a Change.org petition that gained more than 2,000 signatures on social media.

Walsh received word of the controversy surrounding his appearance and responded in a YouTube video on social media. He said he doesn't pose a threat to anyone's physical well-being and that he stands behind his views.