A donation may help investigators bring closure to families. 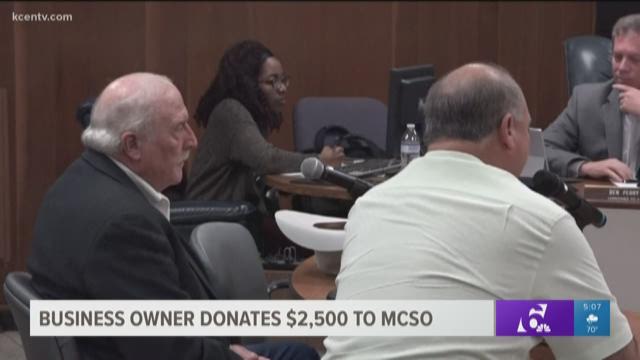 Sammy Citrano owns George's Restaurant Bar & Catering. He handed over a $2,500 check to the county commissioners, in order to benefit the McLennan County Cold Case Unit.

Sheriff Parnell McNamara said the money would go towards expenses, as the unit investigates unsolved crimes. Citrano said he was so inspired by the work the department did in solving the 35-year-old homicide of Axtell resident Beth Bramlett that he wanted to give back.

"As a business person and somebody who has lived here for 32 years, I feel like this is something I should be able to help out with,” Citrano said. “My wife and I both talked about it and thought it was a good thing. This presents closure to a lot of people. Waco has been good to me, and if I can give back to the community in this way, this is what I’ll do."

McNamara said detectives would soon be traveling to Michigan to interview a witness to a murder that happened in McLennan County in the mid 1980s.

“Very brutal murder of a young girl who was beaten to death and stuffed in the trunk of a car," McNamara explained. "These murders must be solved to bring some peace to the family. They deserve it. And also to bring the criminal to justice.”

McNamara said the department now had six more cold cases in addition to the eight cases they were already looking into.