After finding out from a mechanic the car had previously been "condemned" KCEN Channel 6 investigative reporter Andrew Moore helped the woman get her refund. 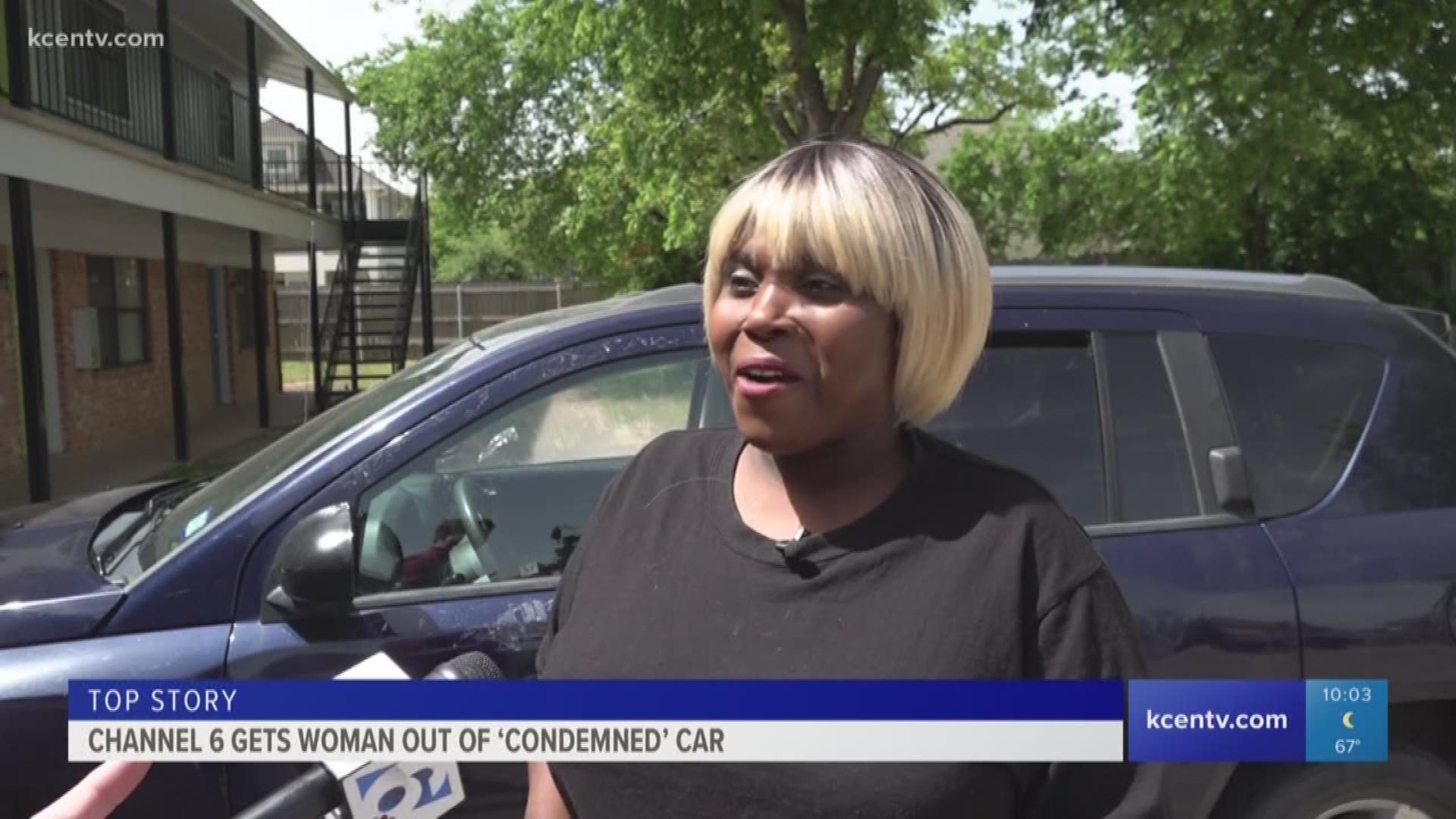 WACO, Texas — A Waco woman said Public Automotive had sold her a used car that broke down, then gave her a replacement vehicle that also had major problems. Shamika Kujabi said she bought a 2011 Chevy Impala in October 2018, and the transmission died shortly after her purchase.

So, she traded the car for another vehicle from Public Automotive's lot. Things only got worse after that.

It turns out the second vehicle Public Automotive gave Kujabi had already been diagnosed with major engine problems before the sale. The company told her to get it fixed with Jesse Britt's Automotive, but she eventually found out that shop had actually "condemned" the car. She said a second mechanic also told her the car was dangerous. The manager at Jesse Britt's Automotive told Channel 6 on the phone that they had suggested it be sold back to a wholesale dealer.

KCEN Channel 6 investigative reporter Andrew Moore went over Kujabi's contract and the copies of the mechanic shop invoices that showed the car already had problems. After informing the Public Automotive dealership where Kujabi bought the car the information would all be in the newscast, Moore was contacted by Vice President of Operations Lisa Ramsey. Once Moore explained the situation to Ramsey, she offered to meet Kujabi and offered her a full refund.

Kujabi said she's glad the situation is resolved, but the process took too long overall.

"I told her exactly how it made me feel. She was sympathetic to how I felt," she said. "She resolved in an hour. She said come back in an hour and get your check. But I've been going through since November. And it took me having to call the news to get something done."

VP Lisa Ramsey did not agree to go on camera, but she sent KCEN Channel 6 the following statement via email:

"As you know, I met with Shamika Kujabi this afternoon. We offered a resolution to solve the issues she was having with the Jeep. She left our dealership very pleased."

Kujabi said she's excited to be able to look for a new car.

How to avoid this situation yourself

Texas Lemon Law typically applies to the purchase or leasing of a new vehicle, but it does apply to used cars in some situations, according to the Texas Department of Motor Vehicles' website.

Repairs for used car purchases may be covered under the law when:

KCEN Channel 6 also recommends getting a pre-purchase inspection before buying a used car. The policy for this will vary from dealer-to-dealer, since they're not required by law to allow off-site inspections, however, it would be a major red flag if the dealer is reluctant to allow you to get the car inspected.

These inspections cost about $100 to $250, according to Driver's Auto Mart. It's definitely worth it, so you don't end up with a lemon that needs thousands of dollars in repair fees.