Who is Roger Taney and why is there a push to remove his statue from the U.S. Capitol? 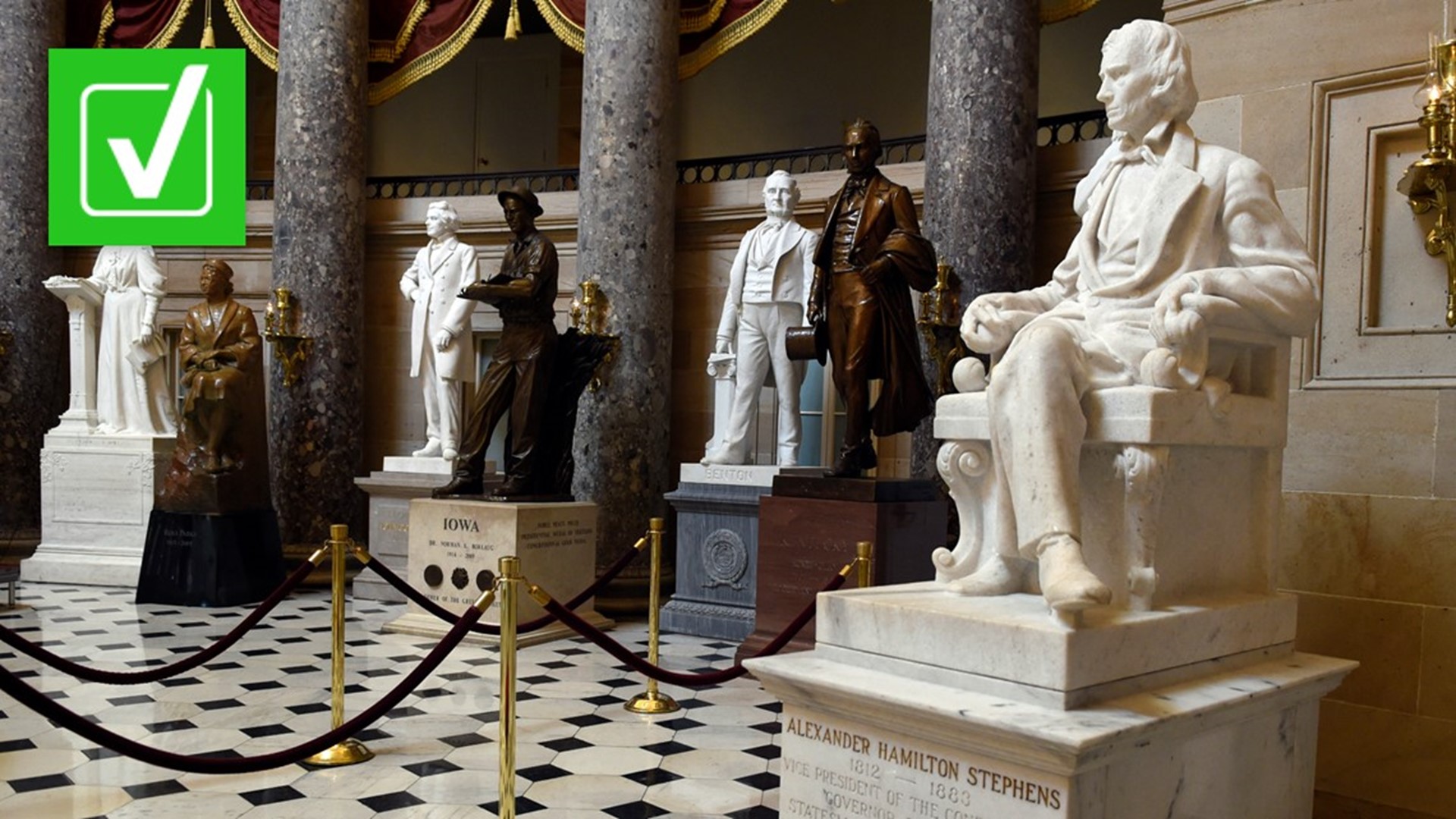 As the U.S. House plans to vote on the removal of Confederate statues and other symbols of white supremacy from the nation's Capitol, one name is making headlines: Roger B. Taney.

In short, historians refer to Taney as the person who wrote "one of the Supreme Court's worst rulings," according to the Washington Post.

It was Taney who penned the majority opinion of the 7-to-2 ruling in the 1857 Dred Scott case.

What is the Dred Scott case?

In order to understand the Dred Scott v. Sandford case, you must know who Scott was.

Scott was born into slavery around 1799 in Southampton County, Va. His slave owner, Peter Blow, moved to several states, bringing Scott with him, until he died in 1832 in St. Louis, Missouri, according to History.

After Blow's death, army surgeon Dr. John Emerson purchased Scott and took him to Illinois, which was a free state, then in Wisconsin territory where the Missouri Compromise outlawed slavery, History reports.

Emerson eventually married and he and his wife, Irene, moved around until he died in 1843 in Iowa. During their moves, Scott and his wife, Harriet, joined them.

Emerson's wife, Irene, settled in St. Louis, Missouri where she "hired out" Scott and his family after her husband's death. "Scott tried multiple times to purchase his freedom from Irene, but she refused," History says.

In an effort to regain his freedom, Scott filed a lawsuit against Irene in 1846. Over the next 10 years, his fight would go through several courts before it went to the Supreme Court.

Credit: National Park Service
Portraits of Dred Scott (left) and his wife, Harriet. Both sued for their freedom.

What is Taney's role in the Dred Scott decision?

In 1856, Taney was the fifth Chief Justice of the Supreme Court when it was presented Scott's case.

It was then when Taney wrote "one of the Supreme Court's worst rulings."

Taney wrote the final majority opinion in the case, which essentially said that Scott, as a Black man, was not a citizen and therefore, couldn't sue.

This written opinion applied to all African Americans at the time.

According to Justia, Taney wrote:

"A free [people] of the African race, whose ancestors were brought to this country and sold as slaves, is not a "citizen" within the meaning of the Constitution of the United States.

"When the Constitution was adopted, they were not regarded in any of the States as members of the community which constituted the State, and were not numbered among its 'people or citizens.' Consequently, the special rights and immunities guarantied to citizens do not apply to them."

Scott would eventually gain his freedom after Emerson's wife re-married an abolitionist, who sold Scott and his family back to the the Blow family.

The Blow family would then set him free in 1857.

The decision and the Civil War

Taney also penned that the Fifth Amendment protected slave owners' rights against the Missouri Compromise, saying it was unconstitutional and that "the federal government did not have the power to prohibit slavery in its territories," PBS continues.

The Missouri Compromise was an effort by Congress to divide the balance of power between slave states and free states. Passed in 1820, it deemed Missouri was a slave state and Maine was a free state.

"This law prohibited slavery in the Louisiana Territory north of the 36° 30´ latitude line," according to the Library of Congress.

Credit: Library of Congress
A map of the 1820 Missouri Compromise.

By deeming the Missouri Compromise unconstitutional, he helped set the stage for the Civil War.

Ironically, Taney would later swear-in Abraham Lincoln, or the "Great Emancipator," as president in 1861, History reports.

Credit: ASSOCIATED PRESS
In this March 4, 1861file photo made from a painting, Abraham Lincoln takes the oath of office as the 16th president of the United States administered by Chief Justice Roger B. Taney in front of the U.S. Capitol in Washington, D.C. As stirring as his words in the Gettysburg Address, perhaps equally jarring are Abraham Lincoln's 1862 remarks to a White House audience of free blacks, urging them to leave the U.S. and settle in Central America. (AP Photo)

What most don't know is that Taney was a deeply religious Roman Catholic who actually considered slavery an evil, according to Britannica. Prior to his time on the Supreme Court, he freed the slaves he inherited in 1818.

"It was his belief, however, that slavery was a problem to be resolved gradually and chiefly by the states in which it existed," Britannica says.

In other words, Taney was a nationalist above everything else and blamed abolitionists for ripping the country apart and leading to the Civil War, the Dickinson and Slavery exhibit by the House Divided Project states.