Central Texas children head back to school in the next few weeks and finding healthy afternoon snacks can be tough.So in today's edition of "Your Best Life", local mom and fitness guru Susan Cornette showcased two wholesome afternoon snacks that are kid tested and approved. 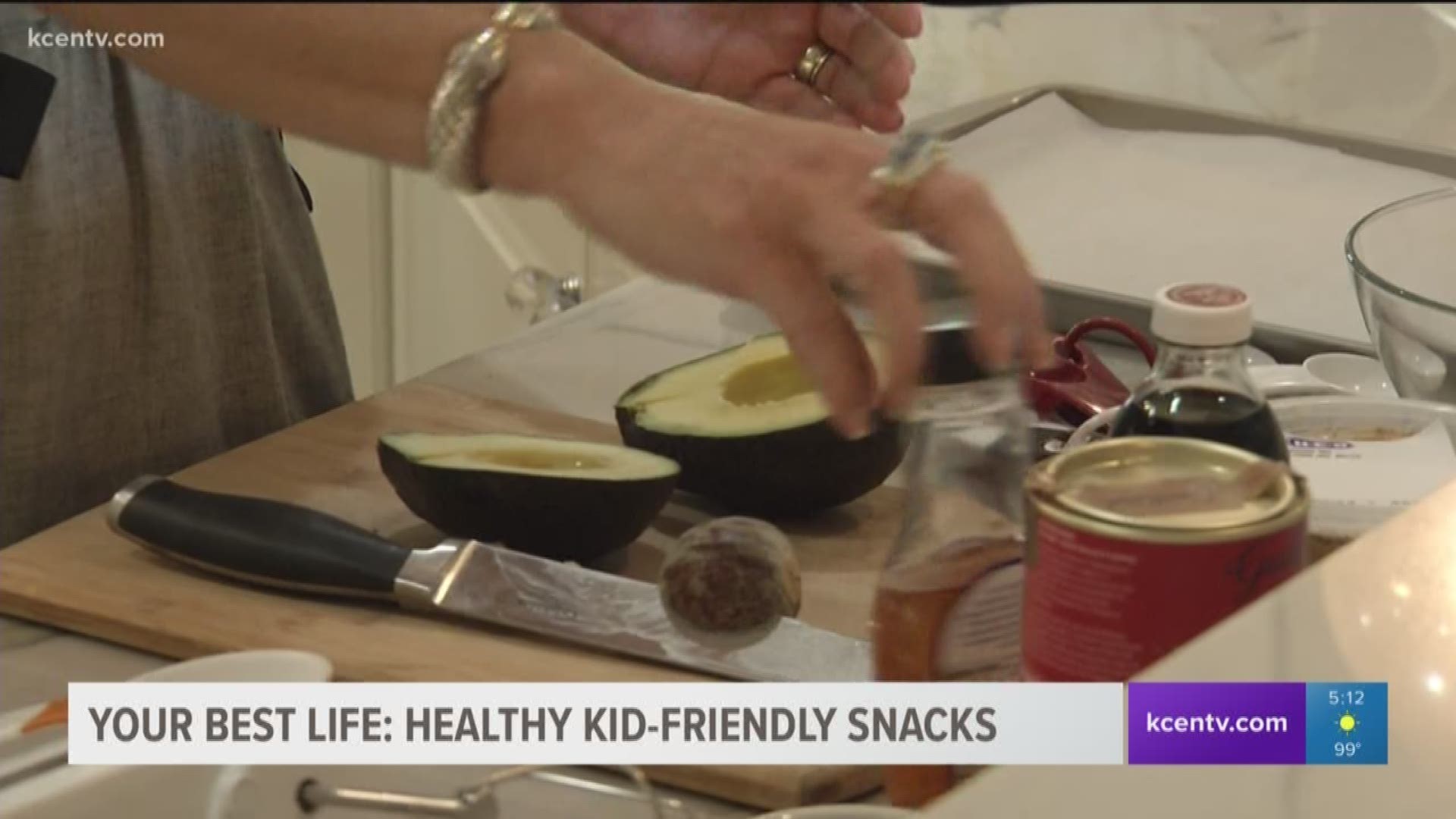 Sugar is everywhere and for kids it can be very tempting.

"Everywhere they go, they are going to get processed foods and lots of added sugar. They want those things and it’s okay to have those things once in a while,” said local mom and fitness guru Susan Cornette.

But when it comes to eating at home, Cornette said you should reach for healthier treats and kick the added sugar as much as possible.

We wanted to know, will kids actually like these healthier snacks?

So, we asked four children to help taste test our recipes.

Our first recipe was easy and simple.

It had just just two ingredients: Greek yogurt-- and sprinkles!

"I like using Greek yogurt because it doesn’t have a lot of added sugar its dairy and it has lots of protein which keeps you going strong," Cornette said.

She used a vanilla flavored yogurt, but you can grab another flavor if your kids prefer it.

Next, you put the yogurt in a zip lock bag, snip off one corner and squeeze.

The kids seemed to love this part and Cornette said you can even create fun shapes or letters.

Finally, you add sprinkles and put the treats in the freezer to harden.

A few hours later and they’re ready to go.

Finley tasted our treat first and said, “I like it!”

Chase, Callen and Jaxon also tried the treat and say it reminded them of a popsicle and would be great on a hot summer day.

For the second snack, Cornette said you need an open mind because it’s “deceptively delicious” and has a secret ingredient.

We didn’t tell the kids what the ingredient was, we just told them they were eating double chocolate chip cookies.

Chase, the eldest, said “it’s like a chocolate mousse.”

Finley and Callen thought it was a mix between a brownie and fudge.

Jaxon wasn’t convinced he liked it on the first bite but after taking a second one he said it was “okay.”

So what was the secret ingredient? Avocado.

“Instead of butter we use avocado which is a super food," said Cornette.

None of the kids noticed the difference in taste and while Jaxon never quite came around to loving the cookie, all the others were big fans!

So, when we asked if they’d eat these treats if mom served them at home, we got three out of four thumbs up!

Remember to reach out to Leslie Draffin on social media or via email to share all the ways you’re living your best life!