Ken Pridgeon promises to paint the portrait of every service member killed, so he or she can be honored, remembered and never forgotten. 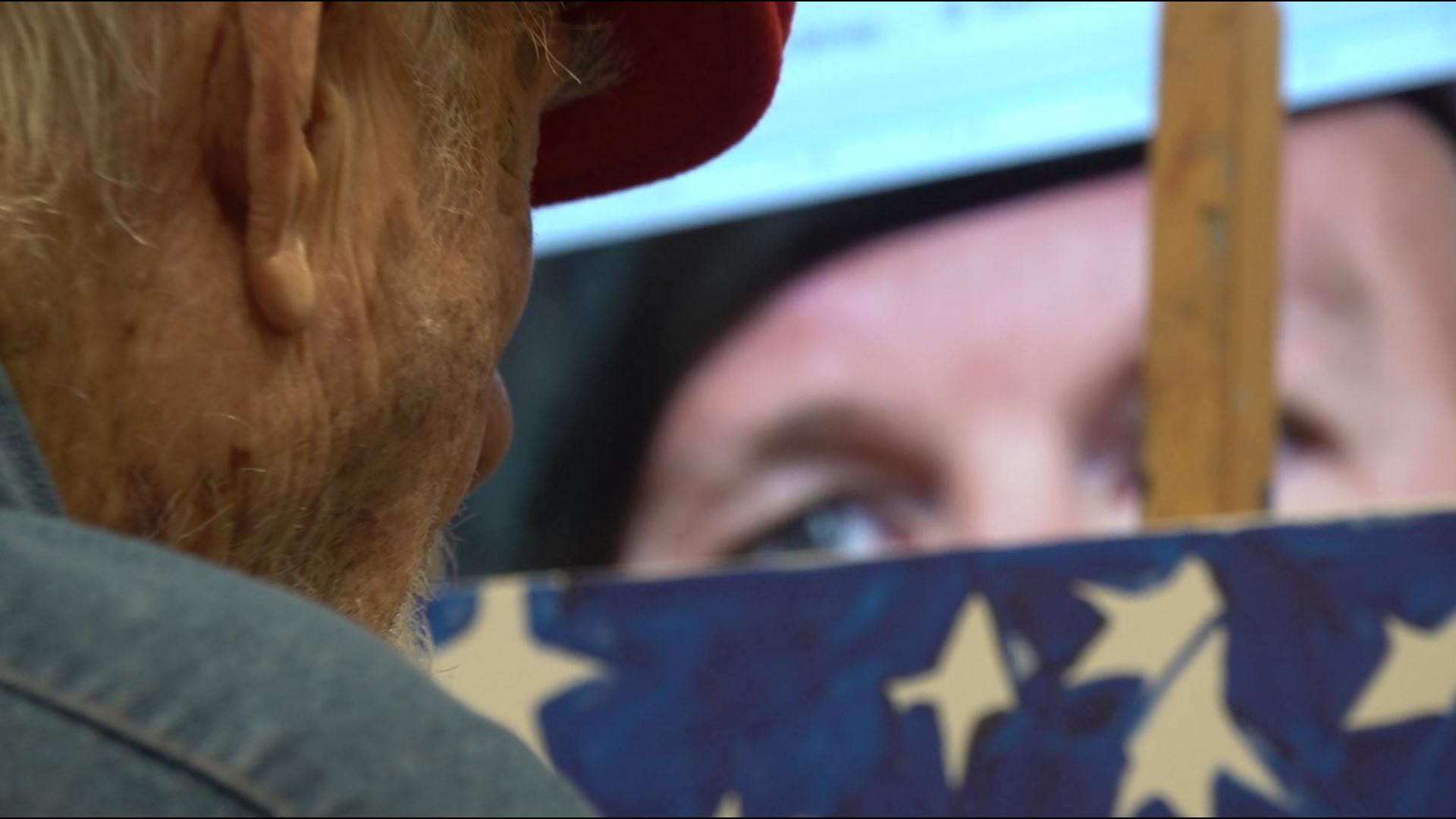 HOUSTON — Ken Pridgeon is 84 years old. He has been painting portraits of our fallen Texas heroes killed in action while in Iraq and Afghanistan.

Pridgeon says he's forged relationships with those he's painted like he never has before. Each one, he says, has a story.

"I've talked to each and every one of them while I was painting them," Pridgeon admitted. "When you look in these guys eyes, they look back at you. There's something there and I don't know what it is."

Pridgeon, a United States Air Force veteran, has a motto, "No Texas hero left behind."

It's with that motto in mind, he promises to paint the portrait of every service member killed, so he or she can be honored, remembered and never forgotten.

Ken understands it might come across as weird to some, his relationship with those he paints, but he says the portraits are priceless and is a memory of a soldier who sacrificed for us, ending a life before it was fulfilled.

"Its cut off and ends right there," Pridgeon said. "It's no more. He gave his whole future just so you and I could be free."

Ken's current project in his Northwest Houston studio is the portrait of Master Sergeant James Sartor, killed last weekend in Afghanistan. He says he hopes to get the portrait to his family in time for his funeral.

"It's the greatest moment in the world," Ken said when asked what that moment is like when he presents it to the family. "We cry together and hug necks. I am not ashamed to say I've cried many many times.

Pridgeon says every service member on the walls of his gallery has a story and he'll glad you tell you about each one of them.

"If I was not given this mission, by some hook or crook and I knew this mission existed," he said when asked about his personal mission to paint every fallen soldier from Texas. "I would sell everything that I owned just to be a part of it."