Rest in Peace | Remembering a friend and hero, Paul Shealy

Paul Shealy passed away Tuesday at his home in Montgomery. 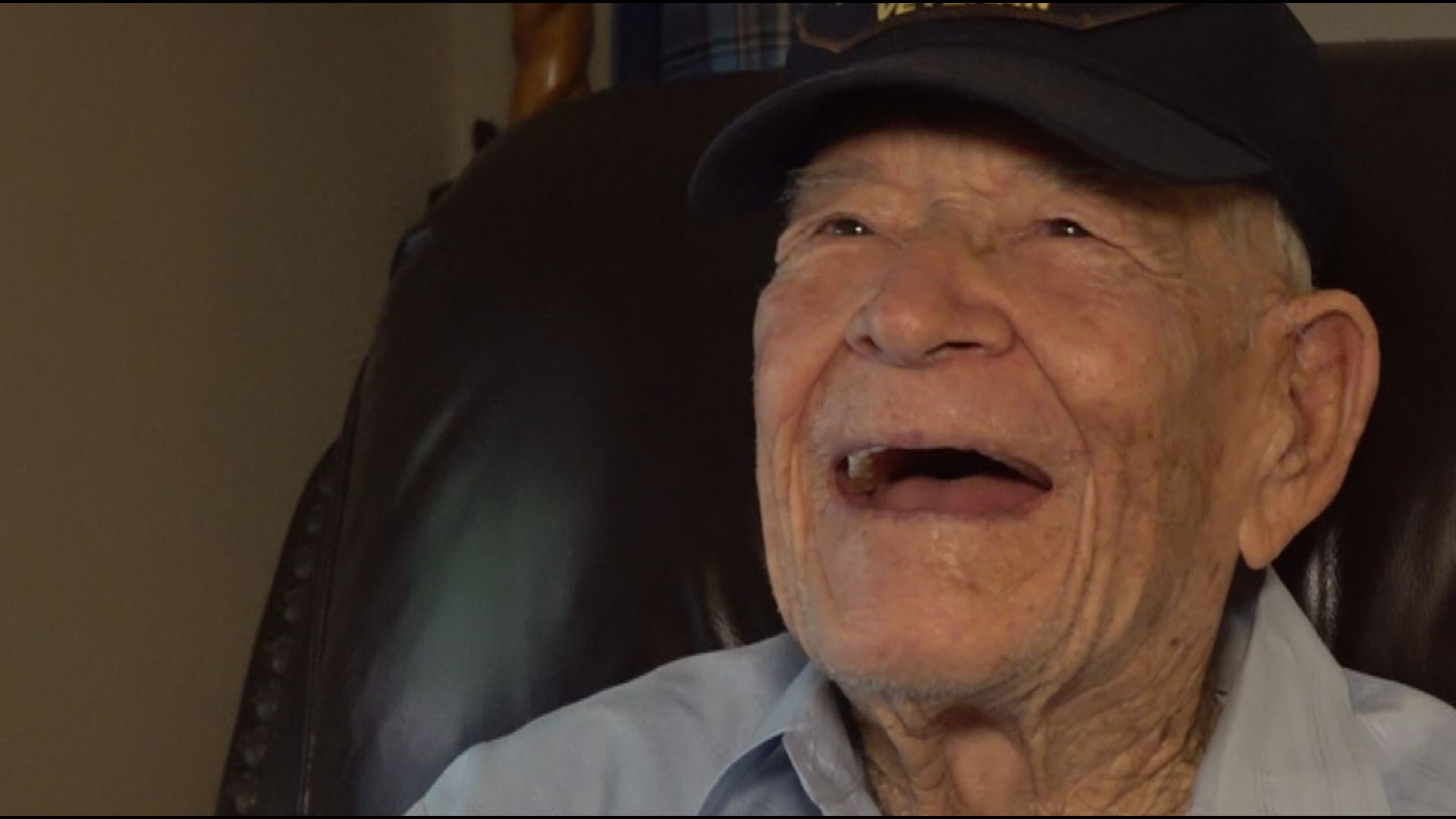 MONTGOMERY, Texas — Paul Shealy was a witty, sarcastic and funny man who loved life more than anyone I've ever met. If you spent any time around him, you'd know it the first time he cracked a smile and laughed out loud.

Sadly, he passed away in his sleep Tuesday as he sat in his favorite chair at his home in Montgomery.

Born in 1922, Paul Shealy was a proud veteran and a former prisoner of war. he spent three and half years as, as he calls it, "The guest of the Emperor."

Shealy joined the military at 17 years old and followed in his father's footsteps who served in World War I. I first met him in May 2019 when I traveled to his home to profile him for a story I did about his time in WWII. It was a chance to listen and learn about a man's love and dedication to the country.

Paul was a man who would light up a room every time he walked in it. He was proud of his service to country and always said he'd do it again if he was able-bodied. He loved his country, his pets and by God, he loved his wife, Sue, more than anything in this world.

Paul was my favorite person.

On that rainy May afternoon in sleepy Montgomery, a two-hour interview about his service to our country spawned a friendship like none I've ever experienced before. I had the distinct honor of nominating and awarding Paul with a Quilt of Valor, a hand-stitched quilt made just for him because he was touched by war.

I knew it then just as I do now, that my life would never be the same without him.

For the last 15 months, this war hero became a friend I'd meet for lunch, I'd spend time within his home and he would impart on me his knowledge and wisdom.

Just a few months ago, he invited me to celebrate his 98th birthday together. We laughed and talked while we ate cake and ice cream at his second-favorite place, The Golden Corral.

Quick with a joke, Paul never let a silent moment slip by without a chance to tell a story, a one-liner or steal a kiss from his bride. He was, no doubt, the funniest man in the room at all times and he lived his life to please others.

Paul believed in the power that a smile could bring to someone else. It's the only way to do it, he would say, if you see someone without a smile, give them yours.

By God, Paul, we'll miss that smile of yours.

He always said that it was better to be seen than viewed and I just hope I get a chance to see him again someday in Heaven.