Andy Patterson, his wife and three children were reunited after a year apart. 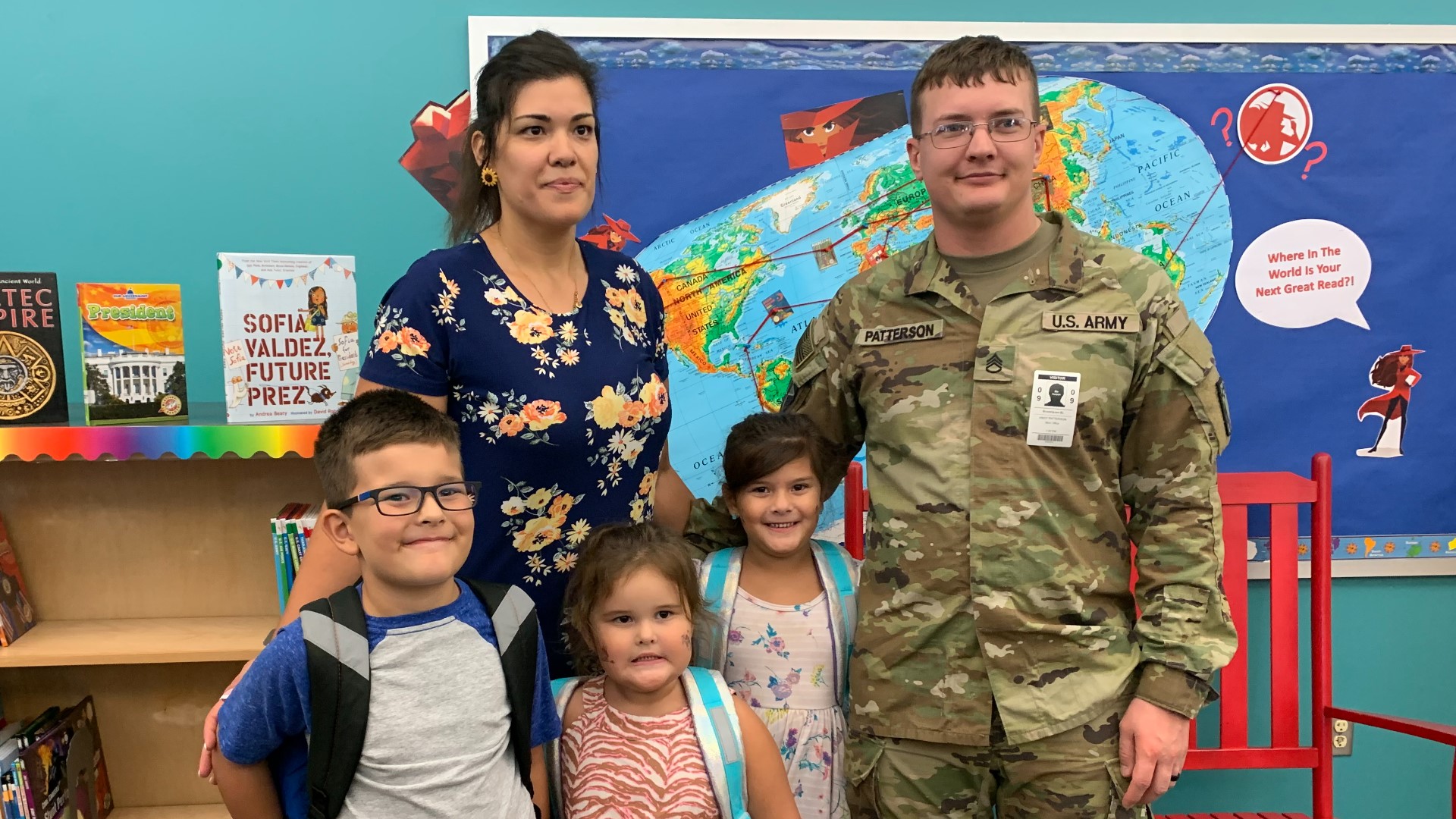 KILLEEN, Texas — A U.S. military hero made his way back from deployment to surprise his kids at school in Killeen Thursday afternoon.

The surprise homecoming happened at Brookehaven Elementary School with each kid getting their own moment with their father.

Lots of hugs, kisses and tears were present in the special, much anticipated moment.

"The only word that could come to mind was finally," said Andy Patterson.

Following a yearlong deployment to Saudi Arabia and Kuwait, the staff sergeant was finally reunited with his family.

Patterson has been deployed three times and said leaving his family never gets easier.

"If anything it gets harder watching your children grow up and knowing that you're missing out on a majority of their life when you're gone during that time period," he explained.

Now the Patterson family is happy to be making up for lost time and the homecoming was the best way to start it off.

One of the kids' favorite things to do is reading so of course dad read to them the first chance he got.

The yearlong deployment came at an even harder time, Andrea the mom of three, had to deal with the kids during the winter storm and the COVID-19 pandemic.

"It feels good because they need their dad and as a military family we know the sacrifices we have to make as a whole but that doesn't change the fact that we're human and we just want to be together too," she explained.

Patterson said he plans to go home and do whatever the kids wanted to do.