55,000 female veterans are homeless in this country at any given time. 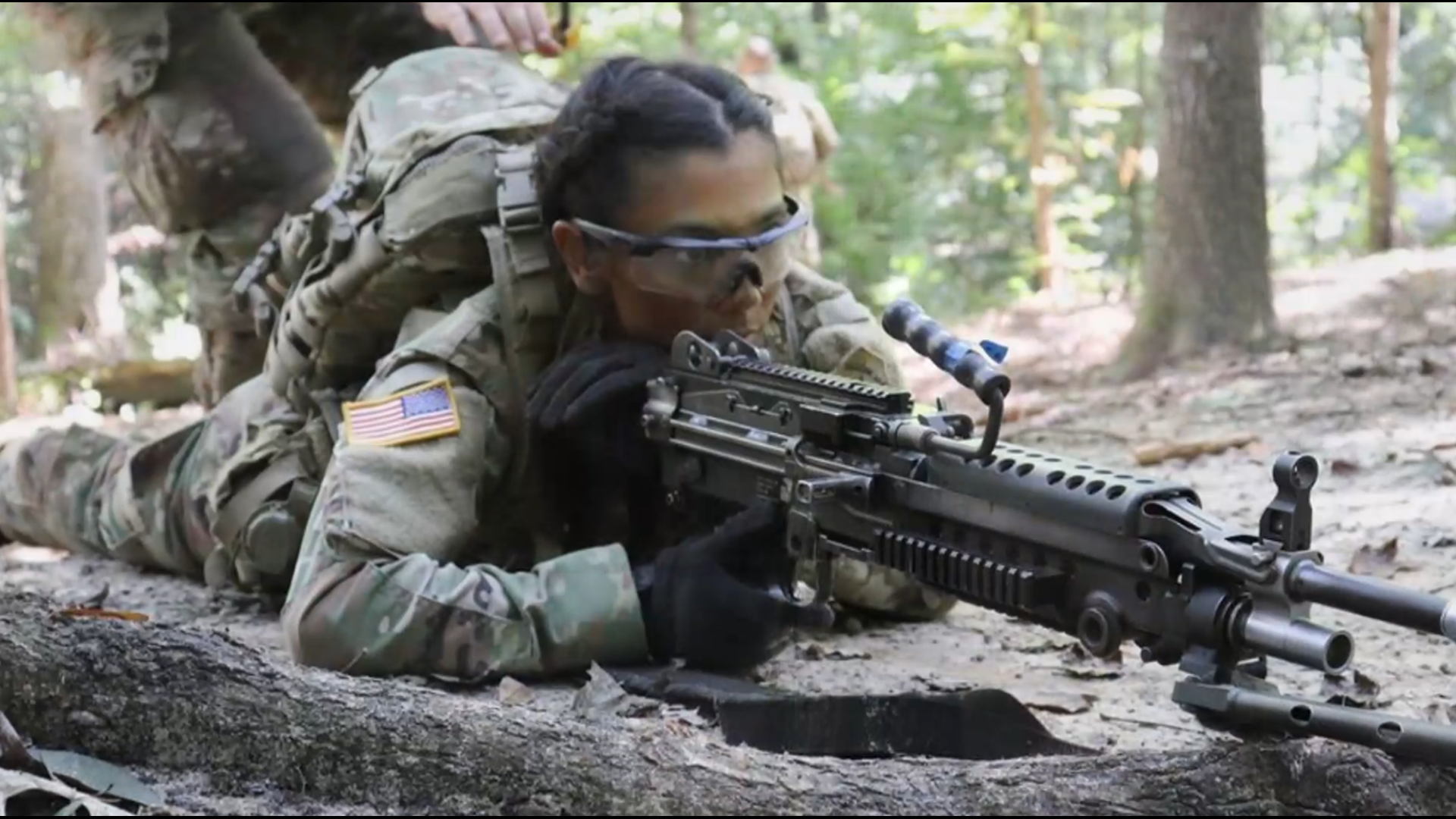 KILLEEN, Texas — The number of women veterans that are homeless in this country sits right around 55,000.

"That could've been me one day, in the past, that could be me in the future," said Juliet Sandford, a proud active-duty soldier at Fort Hood who works to fight back against the homelessness that runs rampant. "Some of my sisters have given everything and nobody's been there for them."

Sandford is First Lieutenant of the Adjutant General Corps, specializing in human resource administration, finance, postal services, music and retention across all levels of the United States Army. She's the daughter of a Marine and a proud American whose family immigrated here from the Philippines.

She is also trying to become Ms. Veteran America 2020, a competition that works with and raises money for Final Salute Inc., a non-profit organization. It's through the competition and with her voice that Sandford is raising awareness to help get homeless female veterans off the streets and the care they so desperately need.

Ms. Veteran America, which began in 2012, showcases women behind the uniform and allows women of any age to get in front of people and to raise that awareness of the homelessness that's occurring among female veterans. The main goal, Sandford said, is to advocate, to get those voices heard and to find resources to help female veterans.

"The competition isn't designed to make us pitted against each other, we all strive towards the same goal of helping," she said. "You realize how underrepresented our veteran sisters are with homelessness and their lack of care, we need to do better."

Sandford said that as the population of homeless women veterans grows, she wonders who will take care of them if we, as a community, don't do so now.

She said donations are needed to Final Salute, Inc., founded in 2010 by a woman veteran and cancer survivor, who learned of the staggering numbers and felt compelled to do something about it.

"Just $25 provides a day of transitional housing, food and counseling," Sanford said. "A lot of these women are mothers. I believe it's about 70 percent of the women who have gone to Final Salute for help were single moms."

Sandford, with a strong military upbringing, said there is an emotional pull for her to be a part of something like this.

"It all stems from my military career in general and always giving yourself to something a little bit more," she said.

Sandford, who recently raised over $4,000 dollars on a 10-mile ruck march, one mile for every year Final Salute has been active, isn't slowing down as she continues to make people aware of a growing population of women that are all too often forgotten about.

"Nobody deserves to homeless, that's just something nobody deserves," she said. "Knowing that I have sisters out there who, especially with children, are going through this, it's heartbreaking."

Sandford said that anyone who wants to help donate and watch the finals on October 11 can do so. The top females will go head-to-head online with one final question to find out who will be Ms. Veteran America 2020. Tickets to watch can be purchased with a $25 minimum donation. The final is scheduled to air from 6 p.m.-8 p.m.

As she continues to prepare for the competition, the women lost and suffering, she said, are not even close to forgotten.

"You are not alone and you will always have somebody in your corner," she said. "We will fight for you and we will raise your voices. If you come to us, even as an individual, we will find a way to help you."

If you or someone you know is a homeless woman veteran and you need help, Juliet Sandford has asked you to reach out to her directly so she can get you the help that you need and deserve.