Read: Statement by Jimmy Carter after riot at U.S. Capitol

The 39th president compared what he saw at the Capitol to struggling democracies he has observed in other countries. 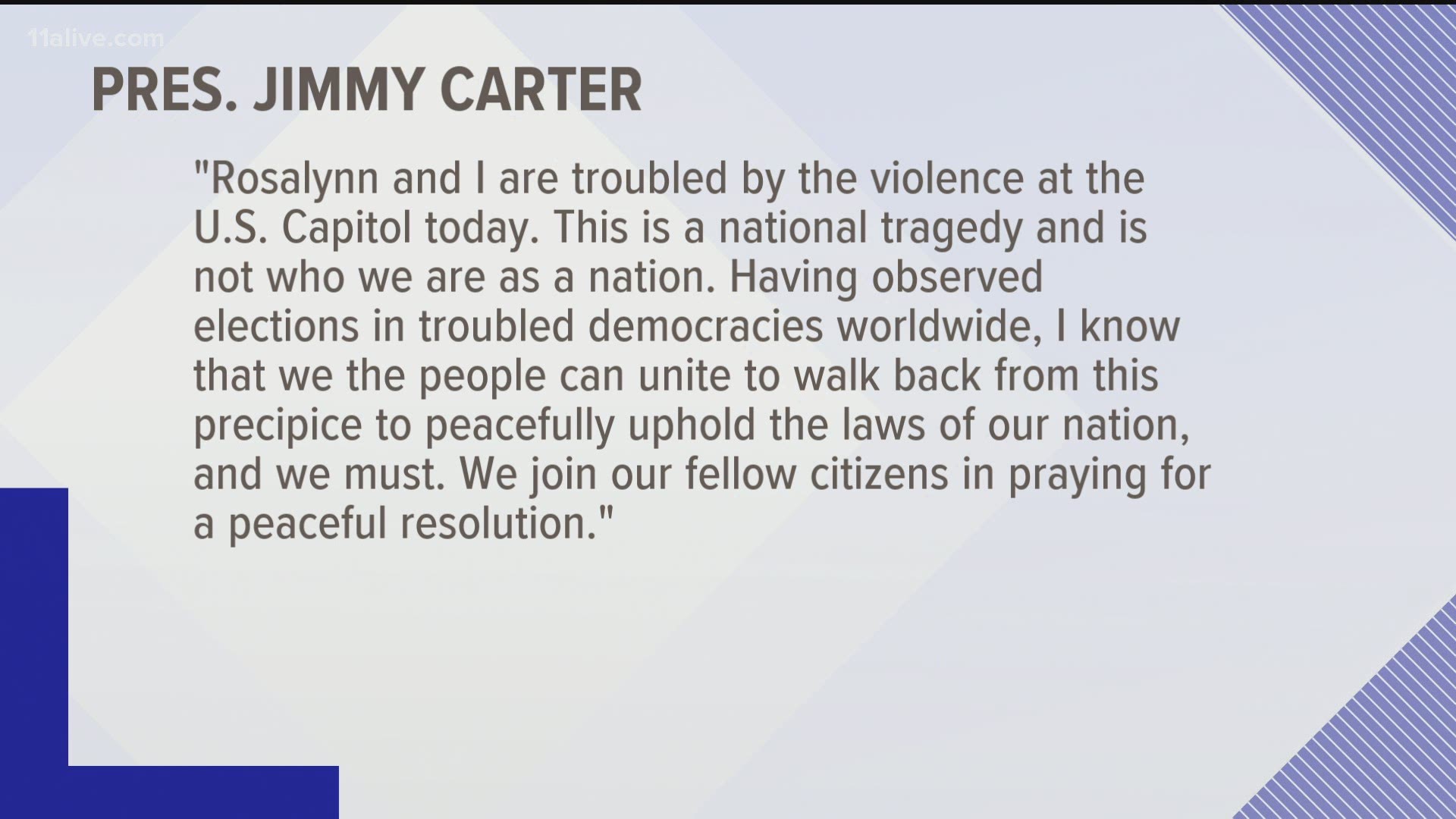 Former President Jimmy Carter released the following statement Wednesday after the events in Washington, D.C. in which a mob of President Donald Trump's supporters rioted at the U.S Capitol, interrupting the affirmation of President-elect Joe Biden's Electoral College victory.

"Rosalynn and I are troubled by the violence at the U.S. Capitol today. This is a national tragedy and is not who we are as a nation. Having observed elections in troubled democracies worldwide, I know that we the people can unite to walk back from this precipice to peacefully uphold the laws of our nation, and we must. We join our fellow citizens in praying for a peaceful resolution so our nation can heal and complete the transfer of power as we have for more than two centuries."