On Friday, the Pentagon sent out a press release detailing the establishment of the “Unidentified Aerial Phenomena (UAP) Task Force. 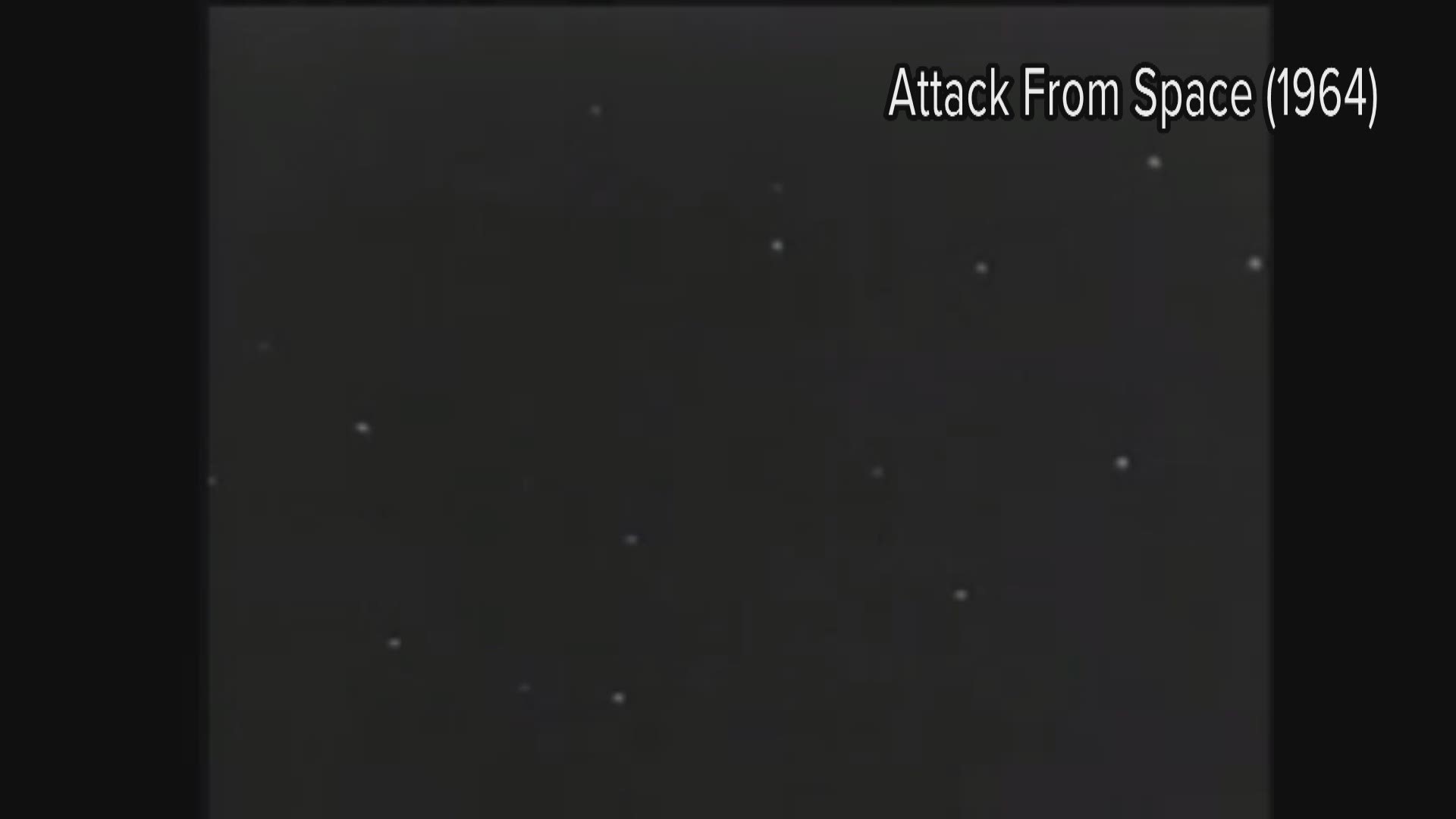 SAN DIEGO — The question, "are we alone in the universe?" is a mystery that has baffled humankind. There have been many accounts of people who have witnessed unidentified flying objects, but there has never been video quite like what has been seen in recent months.

In April, the Pentagon officially declassified three videos filmed by fighter pilots aboard the USS Nimitz and the USS Roosevelt. The videos appear to show an unidentified aircraft speeding across the sky. The videos have been widely considered as official documentation of a UFO.

“It’s hard to identify. It doesn’t have a flying saucer shape, nor does it have a normal airplane shape,” said Jim Kidrick, the president and CEO of the San Diego Air and Space Museum.

A former fighter pilot himself, Kidrick has always been interested in anything that takes flight.

“Failure to identify what it was, is always going to be considered significant," he said.

That mystery of what really was out there has apparently been nagging top military officials too. On Friday, the Pentagon sent out a press release detailing the establishment of the “Unidentified Aerial Phenomena (UAP) Task Force”   which will “improve its understanding of and gain insight into, the nature and origins of UAPs."

While there’s no doubt that the videos look strange, Kidrick said there could be some rational explanations behind them. But that’s not to say other life forms couldn't be out there visiting earth.

“I think that it is conceivable because space appears to be infinite," he said. "It appears to just go on. It’s reasonable to believe that there are other life forms.”