The company responded to a tweet by comedian Sarah Silverman challenging companies to give employees Election Day off to vote. 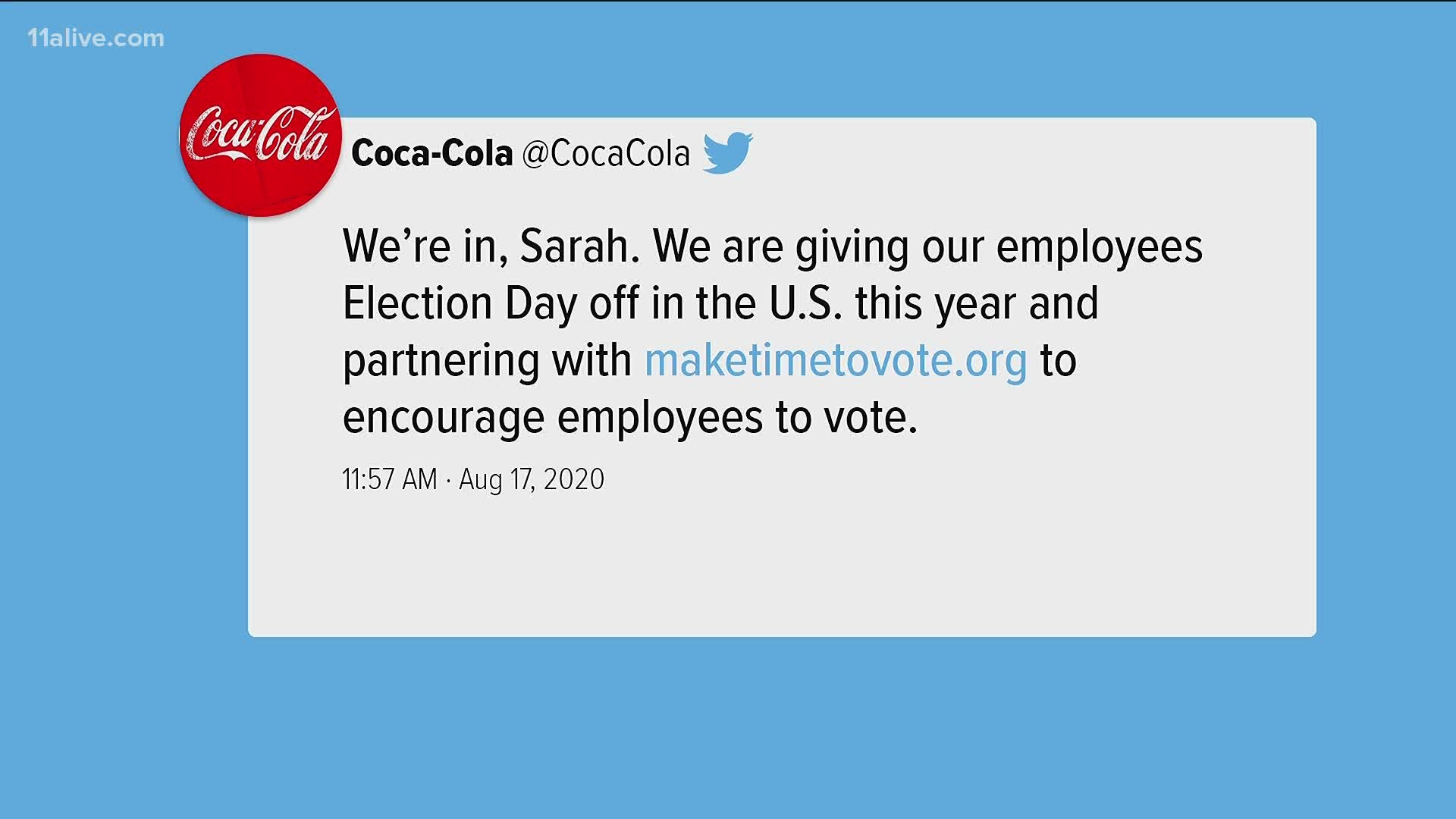 ATLANTA — Coca-Cola tweeted on Monday that its employees will have a day off on Election Day in the United States following a challenge posted by a well-known comedian on Twitter.

"HEY BIG BUSINESSES, who’s gonna step up and make Election Day a day off instead of a classist farce?  WHO’S IN??," Silverman wrote.

The next day, Coca-Cola responded.

"We’re in, Sarah. We are giving our employees Election Day off in the U.S. this year and partnering with https://maketimetovote.org to encourage employees to vote," Coca-Cola wrote on its Twitter account.

The 133-year-old Georgia brand employs, as of 2016, employed roughly 100,300 associates worldwide and, when combined with bottling partners, has 700,000 employees. The tweet response from Coca-Cola, however, specifically mentions U.S. employees.

We’re in, Sarah. We are giving our employees Election Day off in the U.S. this year and partnering with https://t.co/xCeRVPElyc to encourage employees to vote.

Coca-Cola is currently one more than 600 companies that have signed on with the nonpartisan effort known as "Time To Vote" which the organization states is for "companies that want to contribute to the culture shift needed to increase voter participation in our country's elections."

"There is no shortage of hurdles to voting, but no one should have to choose between earning a paycheck and casting a ballot," the "Time To Vote" announced in a media release in February. "Time To Vote companies have an important role in supporting their employees’ ability to make sure they are registered to vote and have time to study their ballots and perform their civic duty."

Companies that join the effect must commit to "making accommodations for workers that help enable them to vote, such as paid time off on Election Day, making Election Day a day without meetings or providing resources for mail-in ballots and early voting."