After an interview made the rounds on the internet, the actor clarified that his 13-year-old son is fully vaccinated. 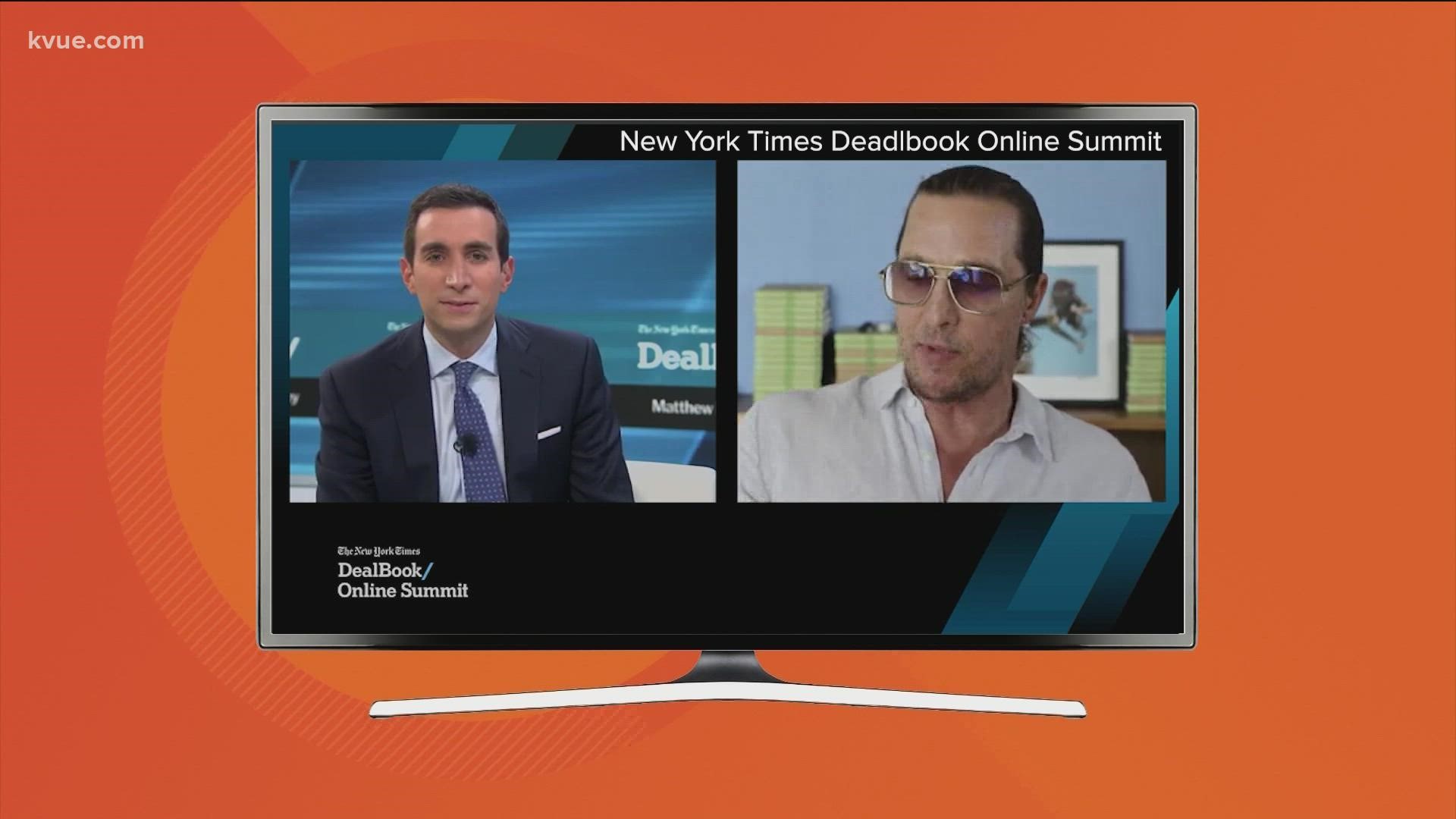 AUSTIN, Texas — Matthew McConaughey said in an interview released on Nov. 9 that he is against COVID-19 vaccine mandates for kids.

"I couldn't mandate having to vaccinate the younger kids. I still want to find out more information," McConaughey said when asked at The New York Times DealBook summit.

The actor said in the interview that he, his wife and his immunocompromised 90-year-old mother who lives with them have all been vaccinated, but he has not gotten the shot for his children. He added that he was vaccinated out of his own choice and not because someone told him to.

When Sorkin directly asked why he hasn't gotten his kids vaccinated, McConaughey responded saying: "We go slow on vaccinations even before COVID. We've quarantined harder than any of our friends have and still are two years later," adding that he's trying to keep the virus from his mother with a "heavy amount of testing."

However, on Nov. 10, the actor made a post on his Instagram Story, clarifying his stance on vaccine mandates and whether his children are vaccinated.

"I want to clarify something that has been making the rounds in the press about my answer in a NYT interview I did the other day. When asked my opinion on the subject of children and vaccination mandates I stated, 'I couldn't mandate it for kids just yet.' What was not clear is that I was referring specifically to the 5-11 year old mandate," the actor wrote. "What is NOT true, and insinuated with the click bait headlines since, is that I am against vaccinating kids at all. This is false. In fact, our eldest 13 year old son Levi is fully vaccinated for Covid 19."

The question at The New York Times DealBook summit came as McConaughey and Sorkin talked politics and a potential run for office by the actor, who said he's still considering it without really letting on whether he was leaning one way or the other.

Sorkin mentioned that celebrities talk about running for office as a tease, where "everybody hangs on to every last word they say."

"If I'm teasing it, before y'all I'm teasing myself because, trust me, I'm spending a good amount of time deliberating and really working my mind, heart and spirit and asking myself the hard, hard, hard questions," McConaughey said.

The award-winning actor has previously said he was considering a gubernatorial run in the Lone Star State, flirting with the idea since late 2020 and mentioning the possibility on podcasts and interviews without committing.

He also hasn't indicated whether he would run as a Republican, Democrat or take a shot at running as an independent as he considers a campaign against Gov. Greg Abbott, who is up for reelection in 2022.

Since then, one survey reported the actor neck-and-neck with Abbott while more a recent poll placed him below Abbott and potential Democratic challenger Beto O'Rourke.