Senate Bill 1646 was heard by the Senate Committee on State Affairs on Monday. 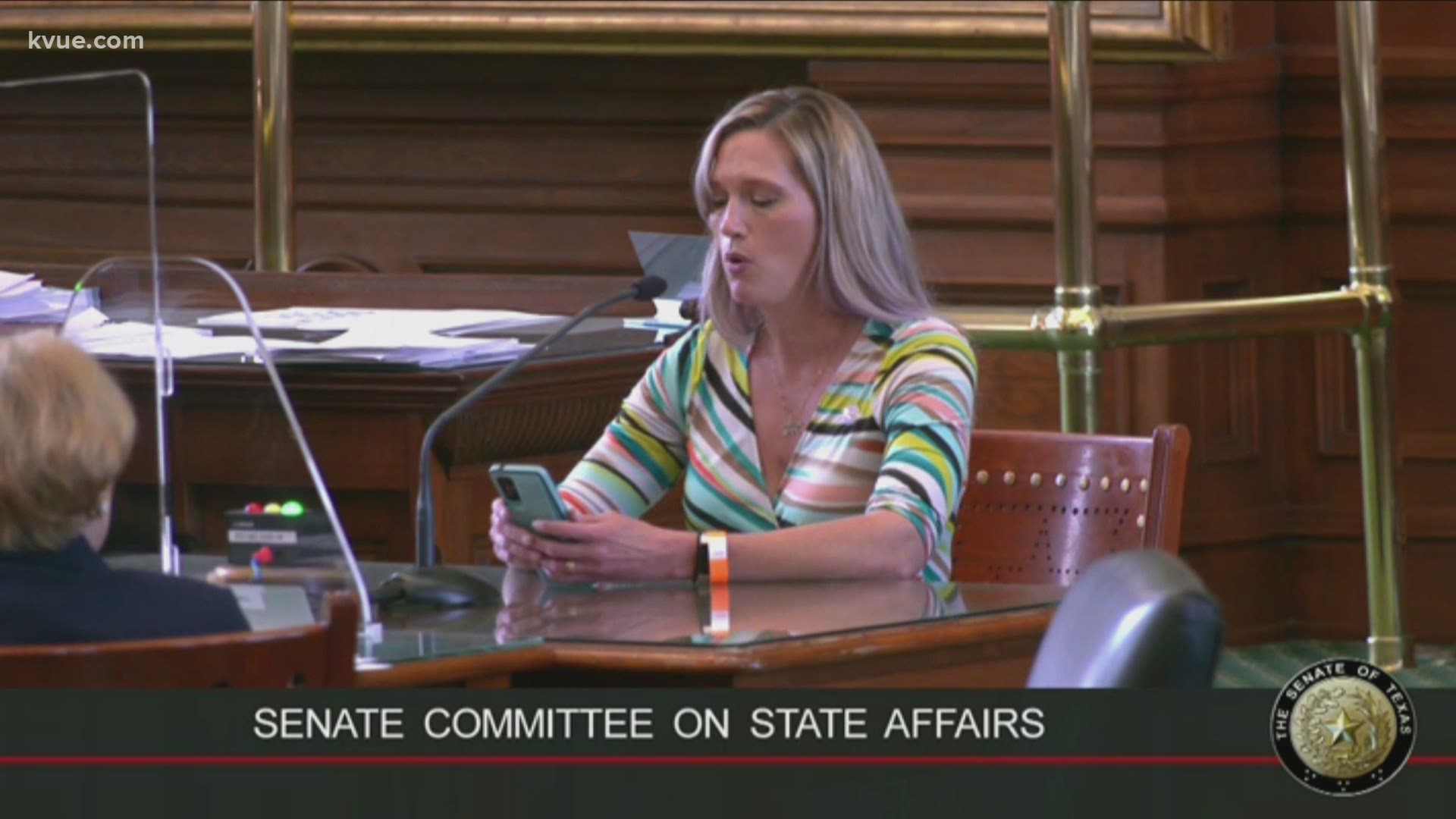 AUSTIN, Texas — Texas lawmakers are considering a bill that would change the state’s child abuse law and make gender-affirming care illegal for minors. Senate Bill 1646, filed by State Sen. Charles Perry, would make it a crime for parents to allow their transgender children to undergo a sex change.

According to the bill, children would not be allowed to receive puberty suppression prescription drugs, cross-sex hormones or medical procedures or surgeries that would assist in a gender transition or reassignment. There would be an exception for a child who is born intersex to receive medical treatment.

Parents who break the proposed law would be in violation of the state’s Family Code, which would trigger a Child Protective Investigation, resulting in the possible removal of the child from their home, according to Perry’s office. Doctors who perform sex change treatments would also be accused of child abuse, which would trigger a license investigation by the Texas Medical Board.

During Monday’s Senate Committee on State Affairs hearing, dozens testified for and against the bill. Texas GOP Republican Executive Committee Member Jill Glover testified to lawmakers that sex changes are part of a fad that is amplified by social media. She said the bill wouldn’t stop adults from proceeding with a sex change.

“Children are unable to give informed consent. This bill gives children a chance to get to adulthood with intact bodies,” Glover said.

In Texas, the legal definition of a minor is anyone under the age of 18.

Transgender people and parents of transgender children testified against the bill, urging lawmakers to listen to transgender kids and let patients make decisions about their own health with their parents and health care providers.

Many spoke to the issue of delaying a sex change leading to increased anxiety, depression and suicidal ideation.

Kai Shappley, an Austin transgender girl who moved from Pearland for a “more welcoming environment,” told state lawmakers to not make a bad decision.

“I do not like spending my free time asking adults to make good choices,” Shappley said. “Texas legislators have been attacking me since Pre-K. I am in fourth grade now. When it comes to bills that target trans youth, I immediately feel angry.”

Doctors for Change, a Houston-based organization that focuses on research, education, collaboration and advocacy, wrote a letter to state lawmakers ahead of Monday’s hearing to oppose the bill.

“We care for Texans of all ages, including transgender and non-binary children, youth, and adults and we are appalled by the blatant intention of SB 1646 to characterize the provision of our compassionate, evidence-based care as ‘child abuse’ and to levy criminal penalties against providers who are putting the health and well-being of patients first,” the letter said.

Some testified as licensed social workers or psychologists against the bill, concerned that it would stop them from being able to have conversations with clients related to their gender. According to Perry’s office, the bill targets only the medical procedures related to a sex change.

If approved, the bill would take effect on Sept. 1.

An identical bill filed by State Rep. Cole Hefner is awaiting a hearing in the House Public Health Committee.

The committee also heard testimony on Senate Bill 1311, by State Sen. Bob Hall, which would stop doctors and health care providers from prescribing or performing sex-change treatments. It would allow the Texas Medical Board to revoke licenses, certifications and authorizations of the medical professionals who perform the treatments or procedures, according to the Senate Research Center.

WATCH: Coming out during a pandemic may be difficult for some LGBTQ teens

VERIFY: Texas is not 'very close' to herd immunity from COVID-19