Officials said they heard gunshots, but it is was not clear at the time if it was directed at police or somewhere inside the home. 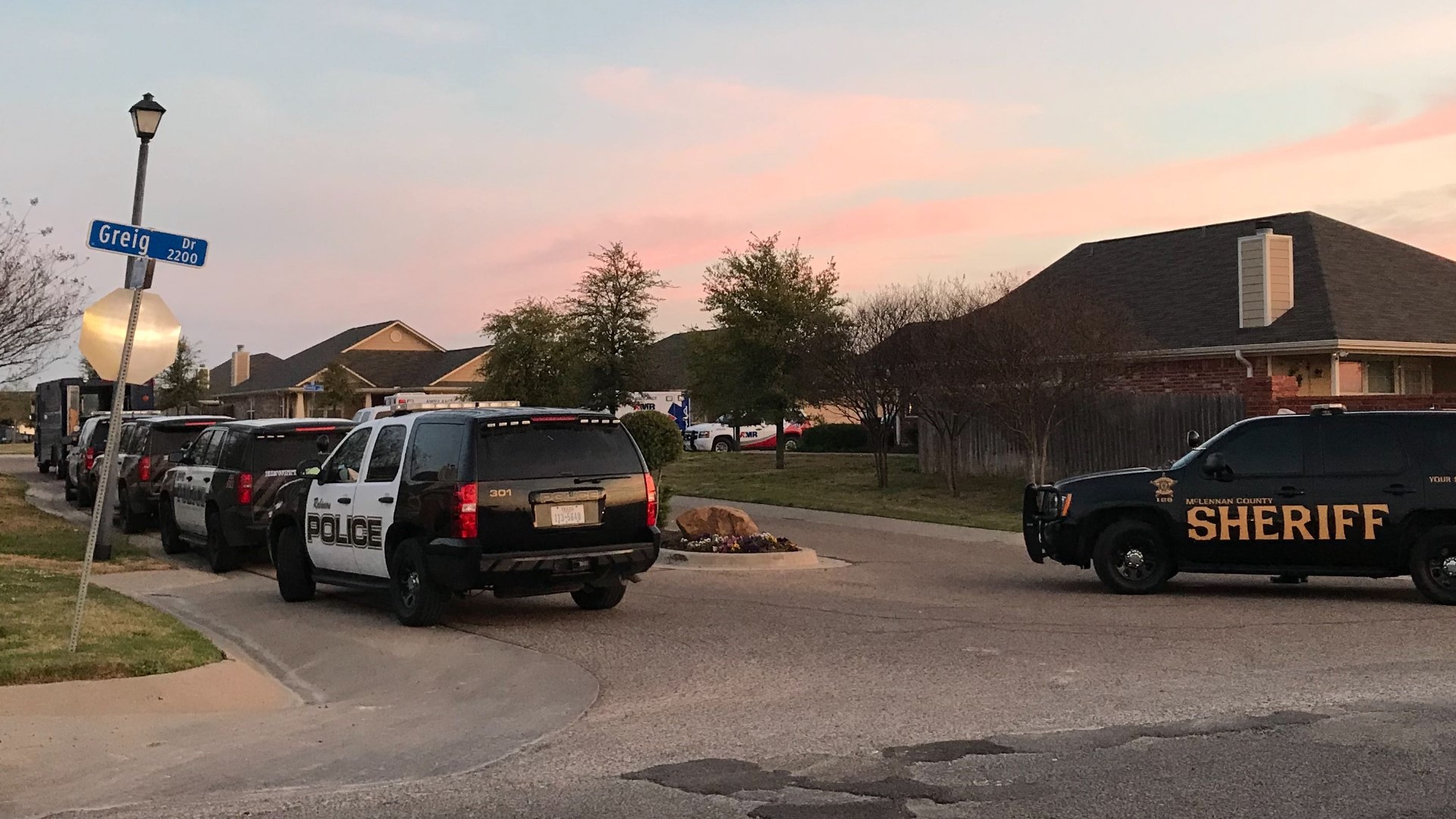 ROBINSON, Texas — A standoff at a home near Heston Circle and Greig Drive West in Robinson ended after the man barricaded inside shot and killed himself, police said.

The Robinson Police Department received a call around 1:50 a.m. from a man who said someone tried to poison him with a cigarette, officials said. The man displayed a weapon when officers arrived, which caused police to back off, Robinson Police Lt. Tracy O'Connor said.

The suspect then barricaded himself inside the house, O'Connor said.

Officials heard gunshots, but it is was not clear if it was directed at police or somewhere inside the home, O'Connor said.

KCEN Channel 6 news crew saw an officer ram a vehicle into the garage of a house to gain entry.

Contact with the suspect was ongoing until a Special Weapons and Tactics team exposed gas inside the home, he said.

O'Connor said a controlled burn occurred in a bathtub inside the home Wednesday morning but there is no information on how it started.

Police advised drivers to avoid the Harris Village neighborhood along Heston Circle. Greig Drive was reopened before 9 a.m., according to the Robinson Police Department Facebook page.

Robinson Independent School District said bus pickup for students along Route 6 would be delayed during the time of the incident, according to the school district's Facebook page.

Officers will remain on scene until there is a peaceful resolution, O'Connor said.