There are about 76 different snake species in the state of Texas and the good news is most of them are not venomous. 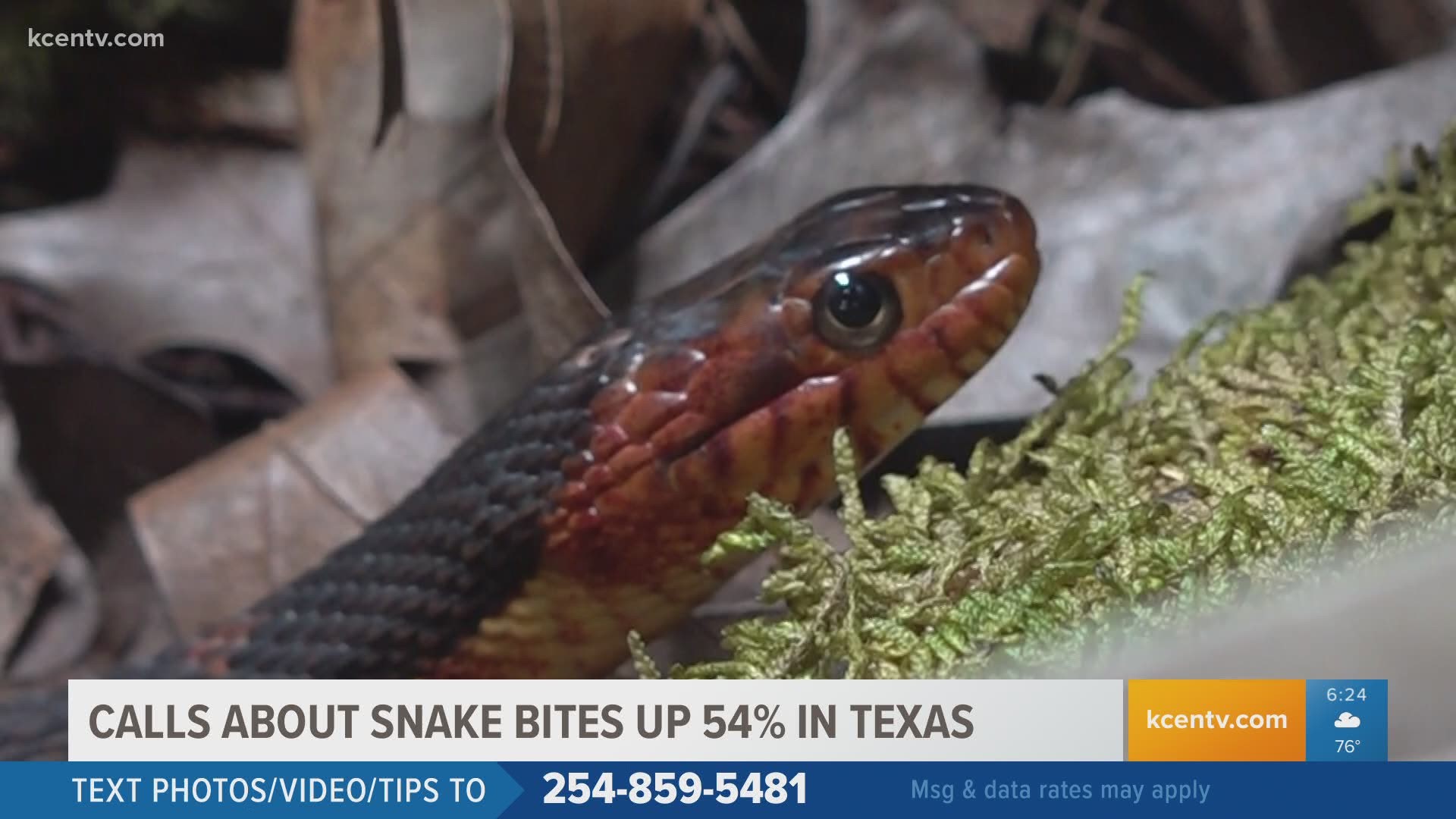 WACO, Texas — Calls about snake bites are up 54% in Texas compared to 2019, according to the Texas Poison Center Network.

There are about 76 different snake species in the state of Texas and the good news is most of them are not venomous.

"There's four different basic types of venomous snakes that you might see in Central Texas, so the coral snake, the copperhead, the cotton mouth and then rattle snakes,” Rachel Richter said, an urban wildlife biologist with Texas Parks and Wildlife.

Most snakes are active when the temperatures are warm and they heavily rely on their external environment to regulate their body heat.

"In the summer during the cooler parts of the day or at night you're more likely to find snakes sort of out in the open sunning themselves or laying on a warm surface, so something like a rock or a road or a paved trail,” Richter said.

According to Texas health and Human Services, about 7,000 people are bitten by venomous snakes in the U.S. annually, however, only 0.2% or 1 out of 500 venomous snake bites result in death.

If you are bitten by a snake, first stay calm. Take off any tight fitting jewelry or clothes, and seek medical attention immediately.

"The most important thing is to just leave the snake alone,” Richter said. “Snakes are scared of people, they're not going to just come up and attack you so just step around the snake at a safe distance if you can."

Calls about snakebites up 54% in Texas compared to last