A south Texas historic theater's marquee is welcoming the Congressional delegation with the message: "They fail to exemplify Reagan or Lincoln." 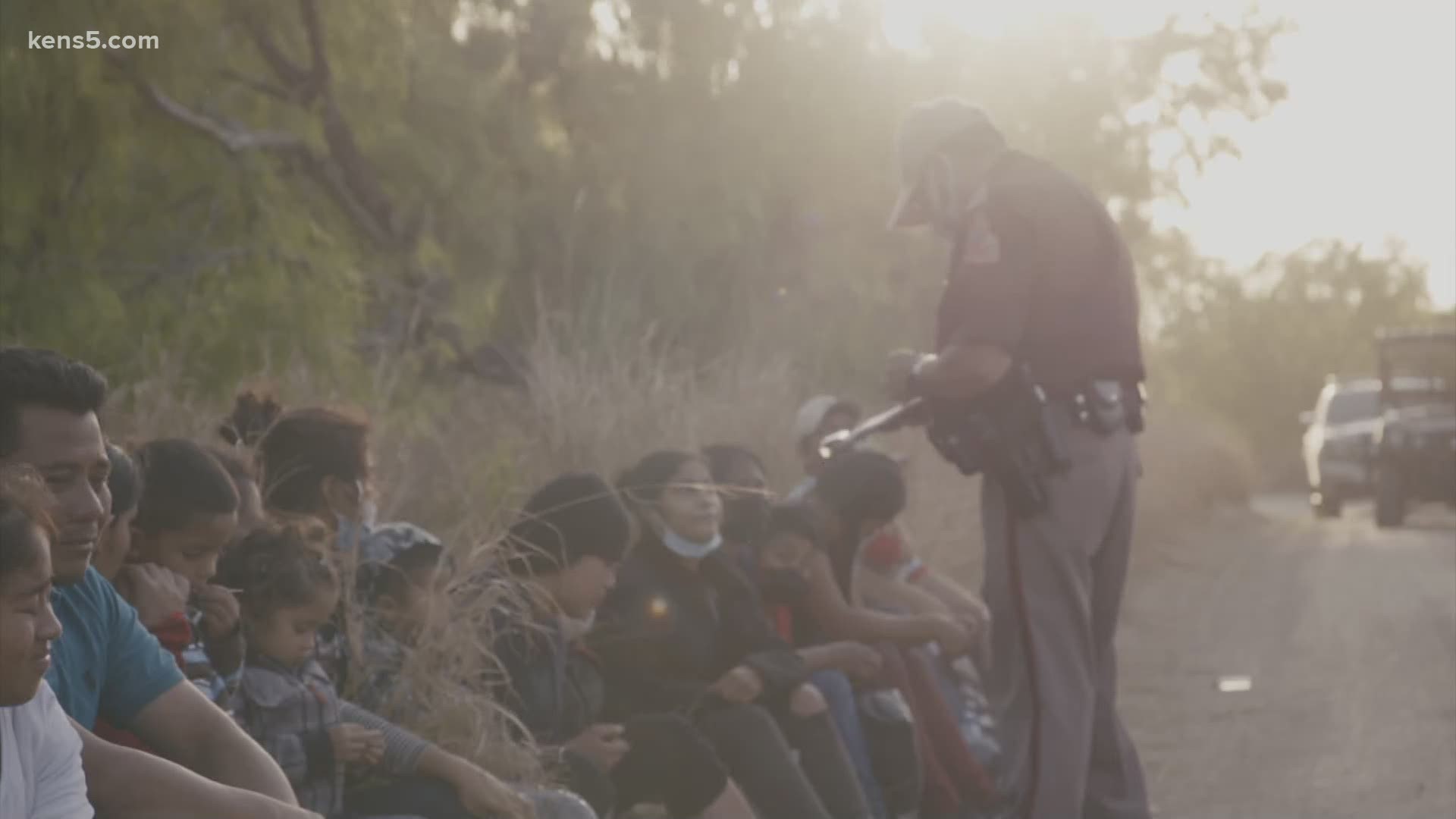 MCALLEN, Texas — Congressional Republicans, including Sens. John Cornyn and Ted Cruz are taking a trip to the Texas-Mexico border on Friday as part of an all-Republican 19-person delegation. Members of Congress and Gov. Greg Abbott have criticized President Joe Biden’s administration for its handling of the situation at the border, including overcrowded facilities holding unaccompanied minors.

In the heart of McAllen, historic theater and music venue Cine El Rey, which has been a fixture in this community for nearly 75 years and is just six miles from the Texas Mexico border, had a message for the delegation displayed on its marquee this week.

“They fail to exemplify Reagan or Lincoln,” the marquee read on one side, while “Love” adorned the other.

It’s Co-owner Bert Guerra who put up the Reagan and Lincoln reference ahead of the Congressional visit.

“I know what side Reagan and Lincoln were on,” Guerra said. “I know history very well. I don't think the people that are using their names understand the foundations that they're trying to stand on because they don't stand up for any of that.”

Guerra said that’s why he is using the marquee to express what some others might feel, but can’t say.

“There’s photo ops in boats and photo ops in helicopters,” he said. “But as we have seen in the last four years and probably even before that, it has not solved what they want to say is a crisis, the real crisis of them not understanding the history that created the situation that we are now showing.”

An hour south of Cine El Rey is the bus terminal in Brownsville, a site where migrant families with young children, recently released from federal custody, are getting on buses to be transported to their next destinations.

“You see that beautiful baby right there? You know, we don't want him to be hungry,” said Sergio Cordova, one of the volunteers with Team Brownsville who’s helping the families with basic supplies.

Team Brownsville, which started as a group of friends working together in 2018, is a nonprofit that helps people seeking asylum with mostly humanitarian help.

“If you see the look on their face when you help a little bit, it's not much—it's a backpack, it's a snack bag with Doritos and maybe some juice and water,” Cordova described. "But to them, it's the world, because that's something that they're going to desperately need for their journey. So I think that's why the majority of us do it; it's to feel that you're doing something good for others.”

Cordova said his group has seen an increase in traffic recently.

“Now we have huge numbers between 100 to 200 per day of people that are coming,” he said. “And so we're here providing the basics.”

Migration is nothing new. It's part of life in border communities.

“I wouldn't call it a crisis,” Cordova said. “I think the crisis was the last four years because people weren't allowed to come in and then they used the return-to-Mexico policy and then they completely stopped accepting any kind of asylum seekers. So what we're seeing right now is the result of that. It's the people that have been wanting to come over in the last few years are now coming in. And that's why we're seeing bigger numbers.”

Some in the border communities, like Cordova and Guerra, crave solutions. Real ones.

“These are economic seeds that were planted decades ago,” Guerra said. “And we need to work with these countries south of the border and to fix them. And we in our own way with our own little sign, are willing to contribute to that conversation because we understand the history of it.”