Immigration checks then revealed that the individuals were from Ecuador, El Salvador, Guatemala, Honduras, Pakistan, Mexico, and Sri Lanka. 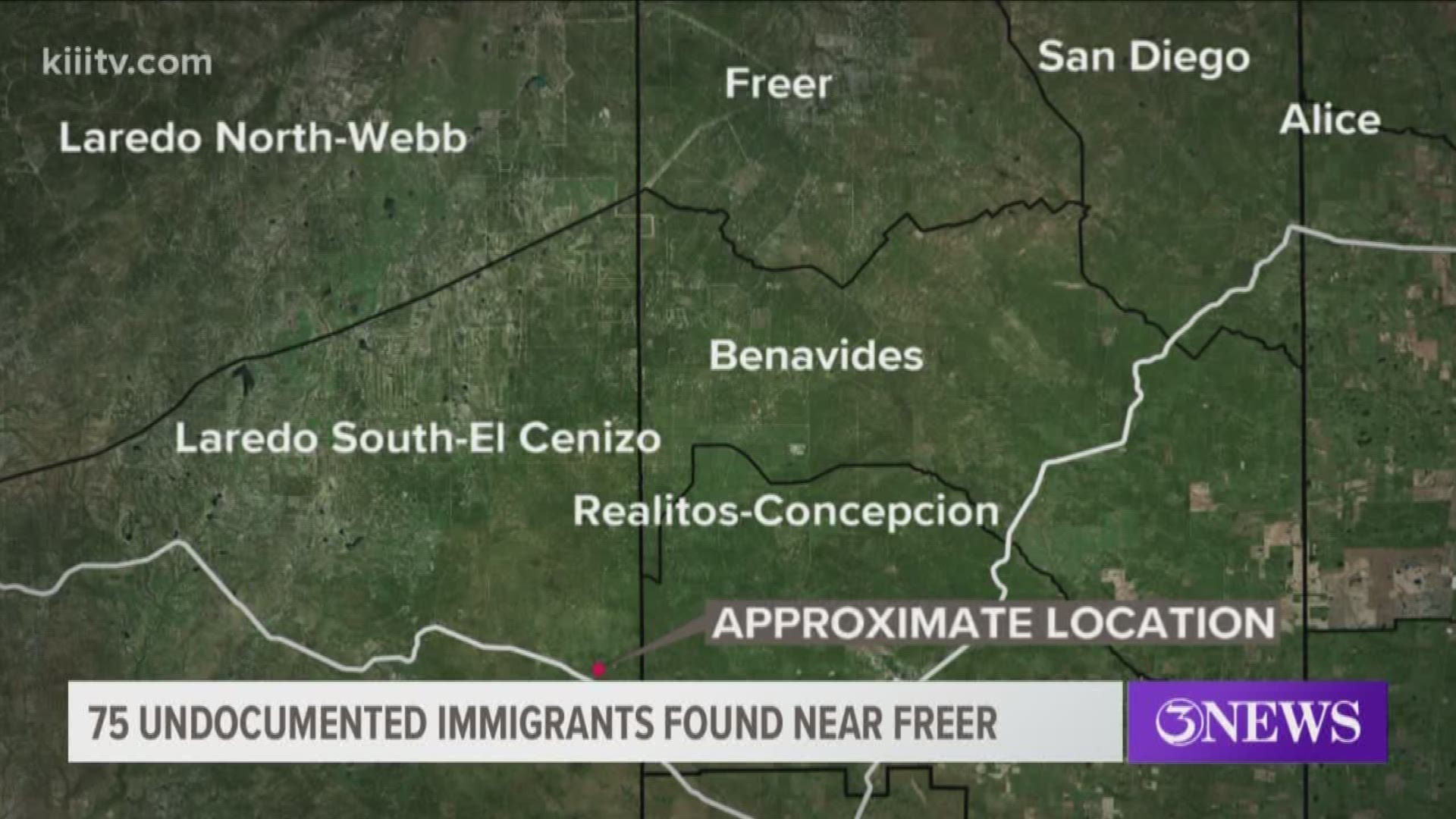 FREER, Texas — According to the Laredo Sector Border Patrol, a large number of illegal aliens were apprehended, as well as a sizable amount of marijuana southwest of Freer, Texas.

Agents attempted to perform a traffic stop, but the driver continued to travel several miles until crashing through a ranch fence.

Border Patrol Agents then approached the truck, which was hidden in brush, and several individuals scattered throughout the land.

Laredo Sector Border Patrol and CBP Air and Marine helicopter then took 75 individuals into custody as a collaborative effort.

Immigration checks then revealed that the individuals were from Ecuador, El Salvador, Guatemala, Honduras, Pakistan, Mexico, and Sri Lanka.

Border Patrol Agents also intercepted 19 bundles of marijuana in the cab of the semi-truck, weighing approximately 327 pounds, with an approximate street value of $261,732.80.

To report suspicious activity such as alien smuggling or drug smuggling, download the U.S. Border Patrol Laredo Sector app or you may contact them by phone at 1-800-343-1994.