As the cattle fever tick continues to cross the border, one ranch owner thinks a border wall could help. 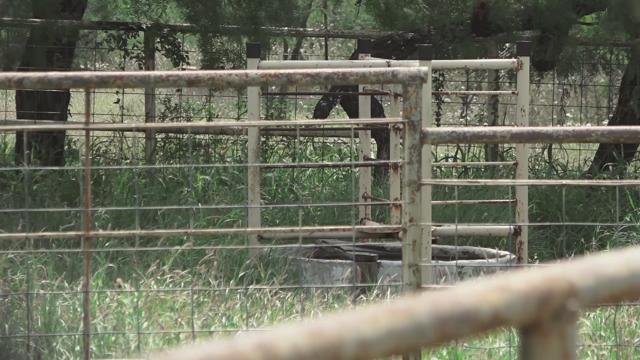 One Texas ranch owner is offering up his property to protect his livelihood, while many residents in Starr County are fighting to keep the government from taking their land and turning it into a border wall.

Richard Guerra owns and manages the 8,000-acre Anacua Ranch in Roma, Texas. He’s willing to give up a piece of his land nearest to the Rio Grande in order to keep the cattle fever tick from crossing the border.

Guerra raises livestock for a living, like his ancestors before him, however his cattle pens have been empty as of late.

“A cattle ranch is a ranch for cattle. Look at all the grass!” Guerra told the KENS 5 Border Team while pointing to the overgrown brush around the cattle pens. “If I don’t utilize it for that purpose, you know what that does? It makes me land poor.”

The cattle fever tick poses a threat to the multi-billion dollar cattle industry, according to the U.S. Department of Agriculture.

“I’m hesitant to buy cattle and put it in here because I’m afraid of the fever tick,” said Guerra.

The cattle fever tick is why the USDA has implemented permanent quarantine along the southwest border.

Every time the cattle fever tick is found on any livestock, the property gets quarantined causing ranchers to lose about $250 per head for tick eradication. That’s a loss of about $125,000 the last time Guerra handled livestock.

The 81-year-old said his ranch has been quarantined 22 times in the last six years.

“You’re not getting ahead… you’re just staying even,” said Guerra. “You’re not making any money.”

Even with all the help from the government, destroying the tick has been nearly impossible, said Guerra, especially with a wall-less border.

Guerra said he understands why people with land near the border are fighting the government from taking it through the process of eminent domain, he’s had to deal with that himself.

Guerra assures his stance isn’t a political one, he only wishes for his concerns to be heard.