Cleveland Browns and Cincinnati Bengals stand together for national anthem

Members of the Cleveland Browns and Cincinnati Bengals stood together with their arms linked prior to their matchup on Thursday Night Football. 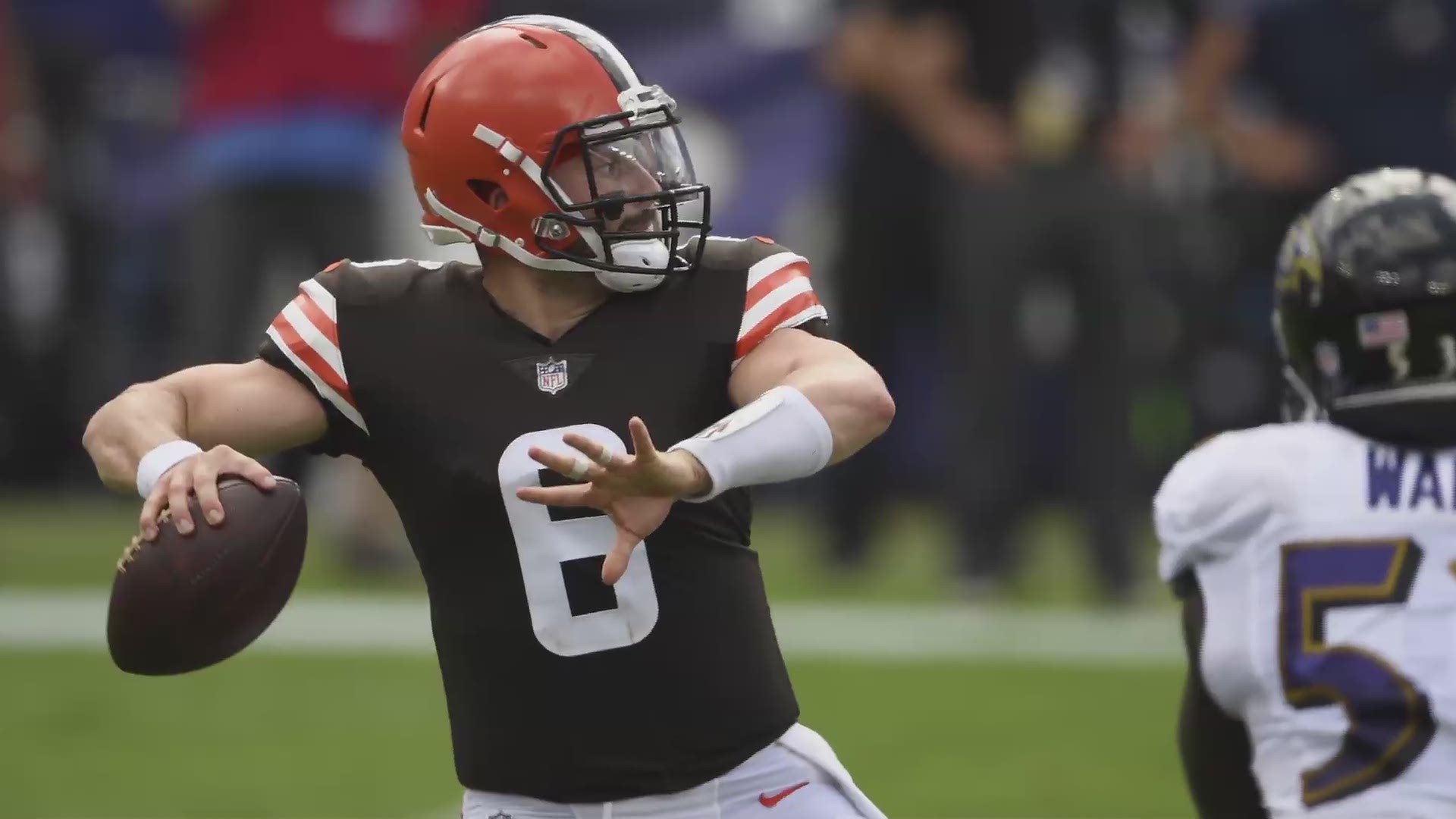 CLEVELAND — Prior to their matchup against each other on Thursday Night Football, the Cleveland Browns and Cincinnati Bengals sent an unmistakable message of unity.

During the playing of the national anthem, players and coaches from both the Browns and Bengals stood together at midfield of FirstEnergy Stadium, many with their arms linked. The display appeared similar to the moment of unity held by the Kansas City Chiefs and Houston Texans following the national anthem prior to last week's Thursday Night Football contest. The demonstration, which was intended to bring awareness to racial injustice, was booed by some fans at Arrowhead Stadium.

Browns and Bengals lined up together for the national anthem pic.twitter.com/LaMArSqsMc

While all players both teams stood this week, three members of the Browns roster -- defensive end Myles Garrett, wide receiver KhaDarel Hodge and safety Ronnie Harrison -- opted to kneel during the playing of the national anthem prior to their season opener against the Baltimore Ravens on Sunday. Asked about his decision to kneel following the game, Garrett made it clear it was not his intent to offend any military members or police officers.

"Just a message," Garrett said. "No disrespect to anybody who's served or anybody who's in law enforcement or is serving right now. Anybody who's served that I know, I don't think they take it as a disrespectful thing. It's not that. If we continue to switch it up, we'll worry about that next week. But my decision to do that has been no bearing on my game or it doesn't bear on my conscious either. After that, I'm in game mode."

The act of kneeling during the national anthem has been a hot button topic in the NFL since then-San Francisco 49ers quarterback Colin Kaepernick began doing so to police brutality in 2016. Kaepernick -- who has remained un-signed since the end of the 2016 season -- settled a collusion case with the NFL in 2019 that alleged the league's owners conspired against signing him.

For all the latest action between the Browns and Bengals at FirstEnergy Stadium on Thursday night, follow our live blog.