This question came with some interesting answers 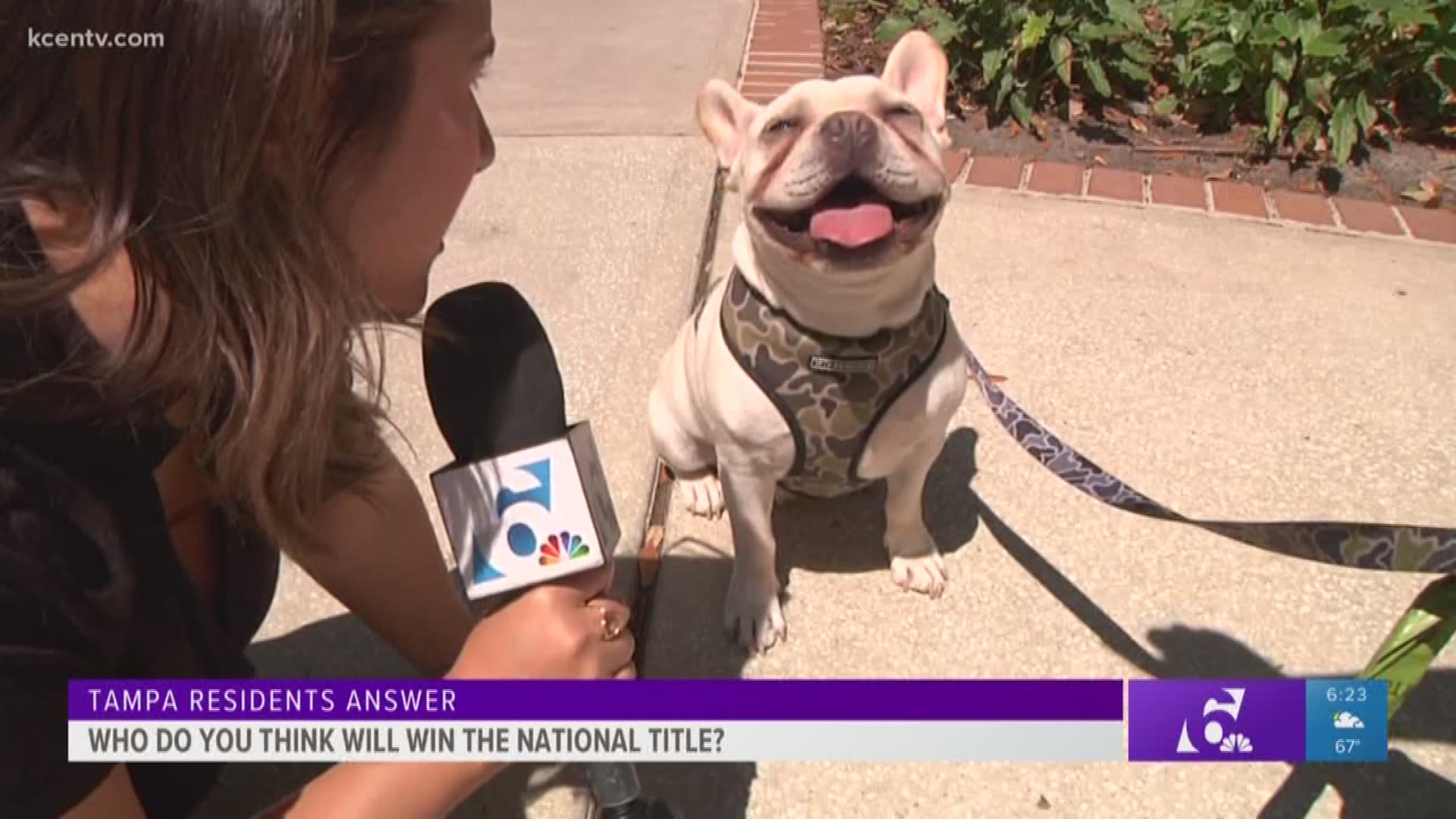 TAMPA, Fla. — With just a few days left before the Women's Final Four tips off on Friday, KCEN Channel 6 sports reporter Jessica Morrey got some Tampa residents' thoughts on who they think will win it all.

Quite a few people picked UConn, mainly because they're the most recognizable name in women's college basketball.

One Tampa local picked Baylor to beat Oregon but lose to UConn in the Final Four.

"Baylor is definitely going to beat Oregon because they only have one loss on the year. They're great," he said. "UConn is going to win it all because they're UConn and you can't ever bet against UConn."

When he was told that Baylor had already beat UConn in the regular season, he said he was unaware of that but still chose UConn.

"It's even harder to beat someone twice in one season, I'm sure," he said.

Morrey even interviewed a French bulldog. Surprisingly, the pooch picked the Lady Bears to win it over the Huskies.