While Americans get ready for the Super Bowl, another big event is happening a couple million miles away. 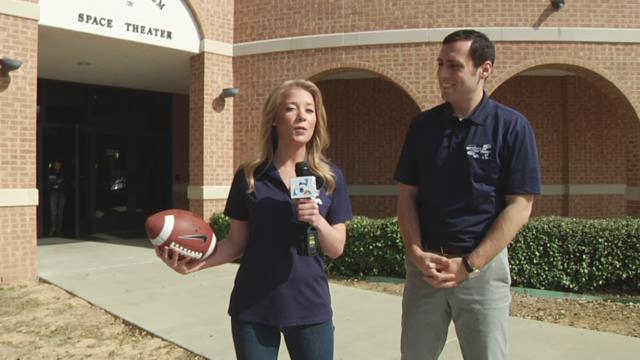 An asteroid is going to whiz by Earth at 76,000 mph on Super Bowl Sunday. But, don't worry. It won't be close enough to hit anything.

At its closest, NASA says the asteroid will be no nearer than 10 times the distance between the Earth and Moon. That's roughly 2.6 million miles -- fairly close in outer space terms, but not near enough to hurt us.

“We have been tracking this asteroid for over 14 years and know its orbit very accurately,” Paul Chodas, manager of NASA’s Center for Near-Earth Object Studies, said on NASA's website. “Our calculations indicate that asteroid 2002 AJ129 has no chance — zero — of colliding with Earth on Feb. 4 or any time over the next 100 years."

Meteorologists Zac Scott and Meagan Massey recently met with astronomers Jay Huston and Warren Hart at the Mayborn Science Theater in Killeen. The facility is dedicated to educating the public about space. Click here for more information about the site.

Jay and Warren compiled a PowerPoint presentation with noteworthy information about Near Earth Objects like the asteroid approaching on Sunday. The slides even include a link to a free NASA app that lets you track close encounters with objects in space.