"I've taken the time to read the reports, and it's my opinion that the guy is totally making this up," said Austin Police Association president Ken Casaday. 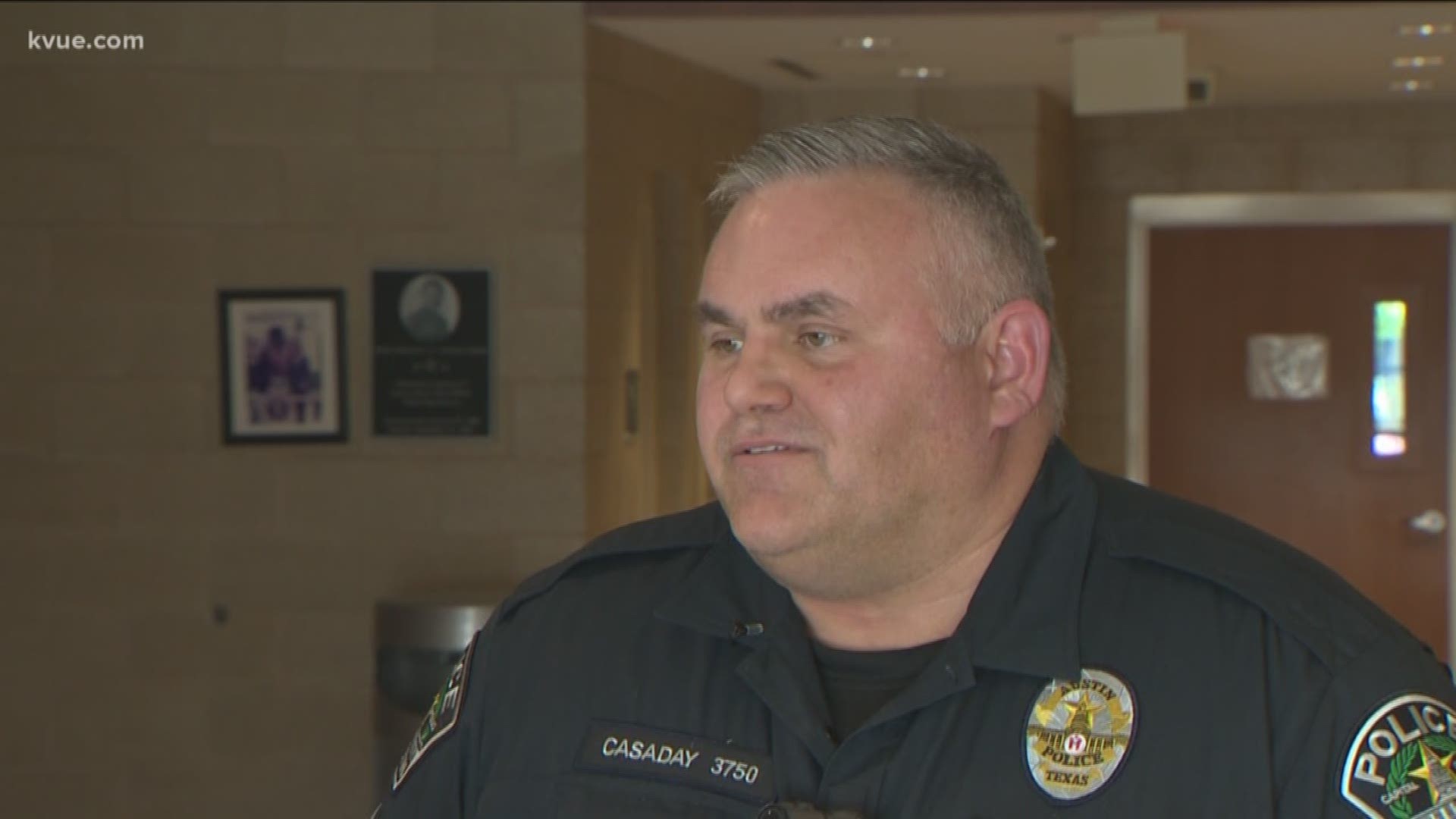 AUSTIN, Texas — A lawsuit has been filed against an Austin police officer who allegedly used "brutal" excessive force on a man and falsely arrested him.

The man who filed the lawsuit on Dec. 10 was reportedly in town with his girlfriend during Nov. 2018 to watch a Texas Longhorns football game. While they were waiting at a stoplight on the Interstate Highway 35 frontage road, several men robbed him and his girlfriend, according to the lawsuit.

Dusty Jester, who is an officer within the Austin Police Department, was one of the officers who responded to the scene and separated the alleged robbers from the man and his girlfriend, the lawsuit stated.

As the man was explaining to an officer what happened, the lawsuit claimed Jester began sprinting directly at him and tackled him to the ground.

The lawsuit states that's when Jester slammed his face into a concrete sidewalk and "violently shocked" him in the back with a Taser.

The man suffered a concussion, a separated shoulder, a broken nose, a fractured thumb and lacerations that required 27 stitches as a result of the assault, the lawsuit stated.

"When I read it, it was very, very serious allegations," said Austin Police Association president Ken Casaday. "I've taken the time to read the reports, and it's my opinion that the guy is totally making this up."

"Reading this one, I mean it's way over the top," said Casaday. "Compared to reading the reports, and I haven't seen the video, but I have no reason to doubt the reports. It was investigated by a sergeant, a supervisor on scene, the use of force. I feel comfortable saying I don't fear this case at all."

The report said police arrived to a crowd of men fighting in the middle of an intersection.

"Well, [Yeager] was claiming he was robbed, but from what I could tell, people were trying to intervene in a physical disturbance between him and his girlfriend," said Casaday.

The report stated when police broke up the fight, a woman yelled to police a man had just beat up a woman. It said police commanded the man to stop and said the man ignored them and continued walking away until he hit a dead end.

The report said police told Yeager to get on the ground. It said he would not comply and started cussing at the officers. The report then said Yeager became more hostile.

When Officer Jester came on scene, he joined another officer in moving in on Yeager, according to the report.

It said Officer Jester and Yeagar started throwing punches at each other. At one point, they separated – that's when the report said another officer used a Taser on Yeagar.

More officers stepped in, and the report said Yeager was still resisting arrest and tried to fight the officers.

An officer warned Yeagar that he would use a Taser if he did not comply, according to the report. The report said Yeager continued fighting back. An officer used a Taser on Yeagar and then handcuffed him.

"I also find it very odd that this is way over a year old," said Casaday, saying it sounds like a "money-grab."

"There are lots of things that just don’t add up," said Casaday.

At the time, the man was charged with evading arrest and was booked into the Travis County Jail, the lawsuit stated. As a result of the arrest, the lawsuit stated the man lost his job before the charge was later dismissed in September, almost one year after the incident.

According to the man's attorney, the charge was falsified.

On Friday, the City of Austin said in a statement, "The City recently learned of the lawsuit brought against the APD officer. We will follow our current legal process and respond as appropriate."

Court documents show Yeager was charged with evading arrest, which was later dismissed at the recommendation of prosecutors.

Celadon files for bankruptcy, leaving more than 3,000 without a job