A Killeen woman and her family took handmade signs to the streets hoping to help people displaced after a local homeless shelter shut down. 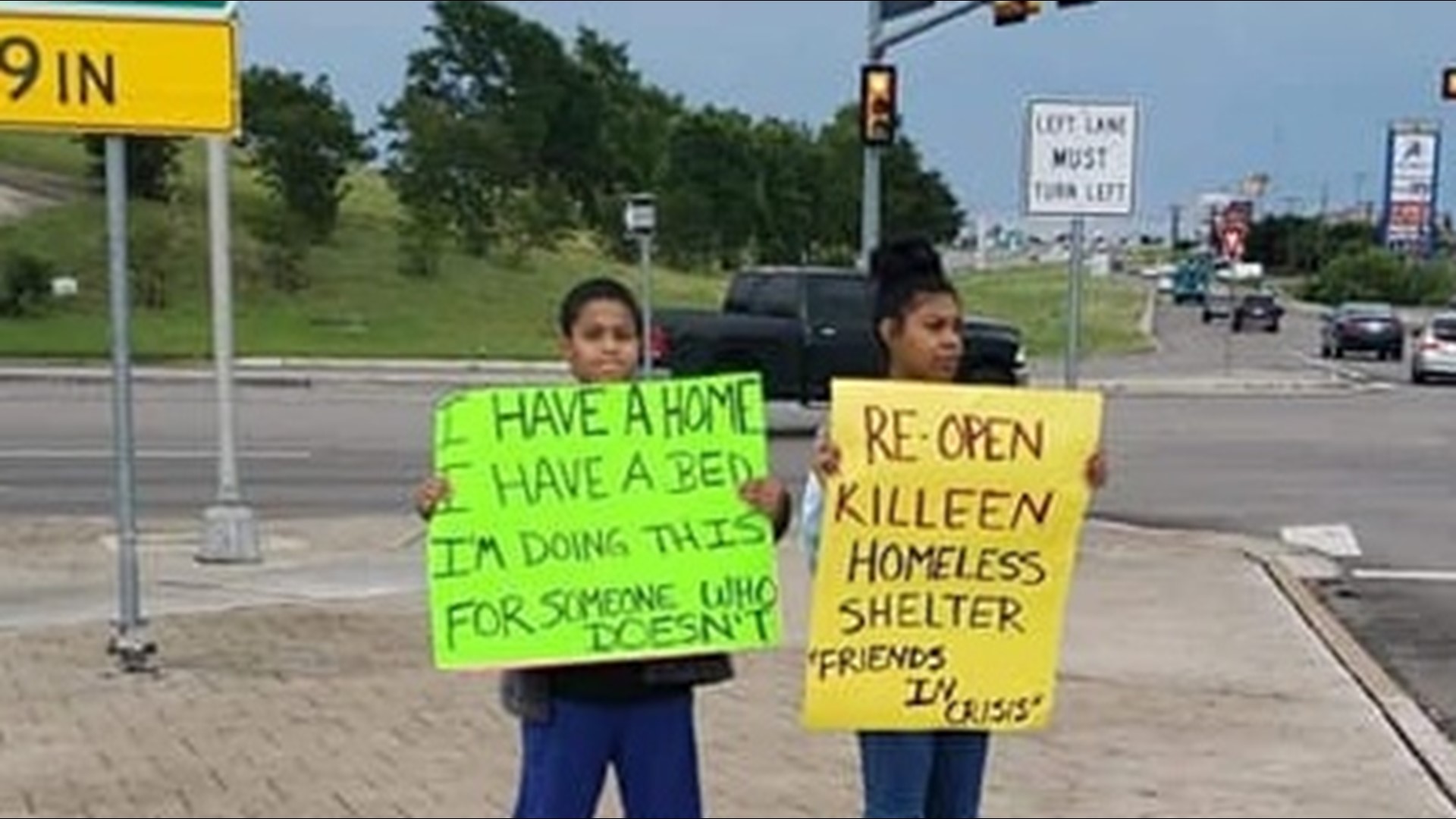 KILLEEN, Texas — While most people are running indoors to escape the Texas heat, a Killeen woman and her family are doing the opposite.

In the wake of the Friends in Crisis homeless shelter's recent shut down, Laura Fletcher, along with her niece and nephew, took handmade signs to the streets hoping to get the community involved.

The kids, who recently lost their mother and Fletcher's sister, were eager to get involved and helped make the signs.

"They said, 'Auntie we are happy!' I was so proud of them," Fletcher said. "I told them their mother would be proud of them because they recently lost their mother, my sister. She passed away April 11. So, for them to be able to gather themselves to participate in something like this to help other people in need, I guess that gave them a little bit more push to do so."

The trio has only been out a few days, but they're off to a great start.

"We got lots of honks, lots of thumbs ups, a lot of people rolling down their windows giving out donations," Fletcher said. "I mean we exceeded the amount that we were expecting in that little bit of time."

They've even inspired other community leaders to get involved along the way.

"It's pretty sad to me, you know? For this to be the biggest army base and for us to have people living in tents on the side of the road," said Nikki Hurst, who also came out to help. "It's crazy we all need to come together to do something about this."

To help with Fletcher's cause, contributions can be made on Facebook.

If you know someone who should be featured on Central Texas Spotlight, send Emani Payne a message at epayne@kcentv.com