Barnard Lnell Morrow, 21, was arrested Friday morning by U.S. Marshals in Mississippi after police say he fled from Killeen. 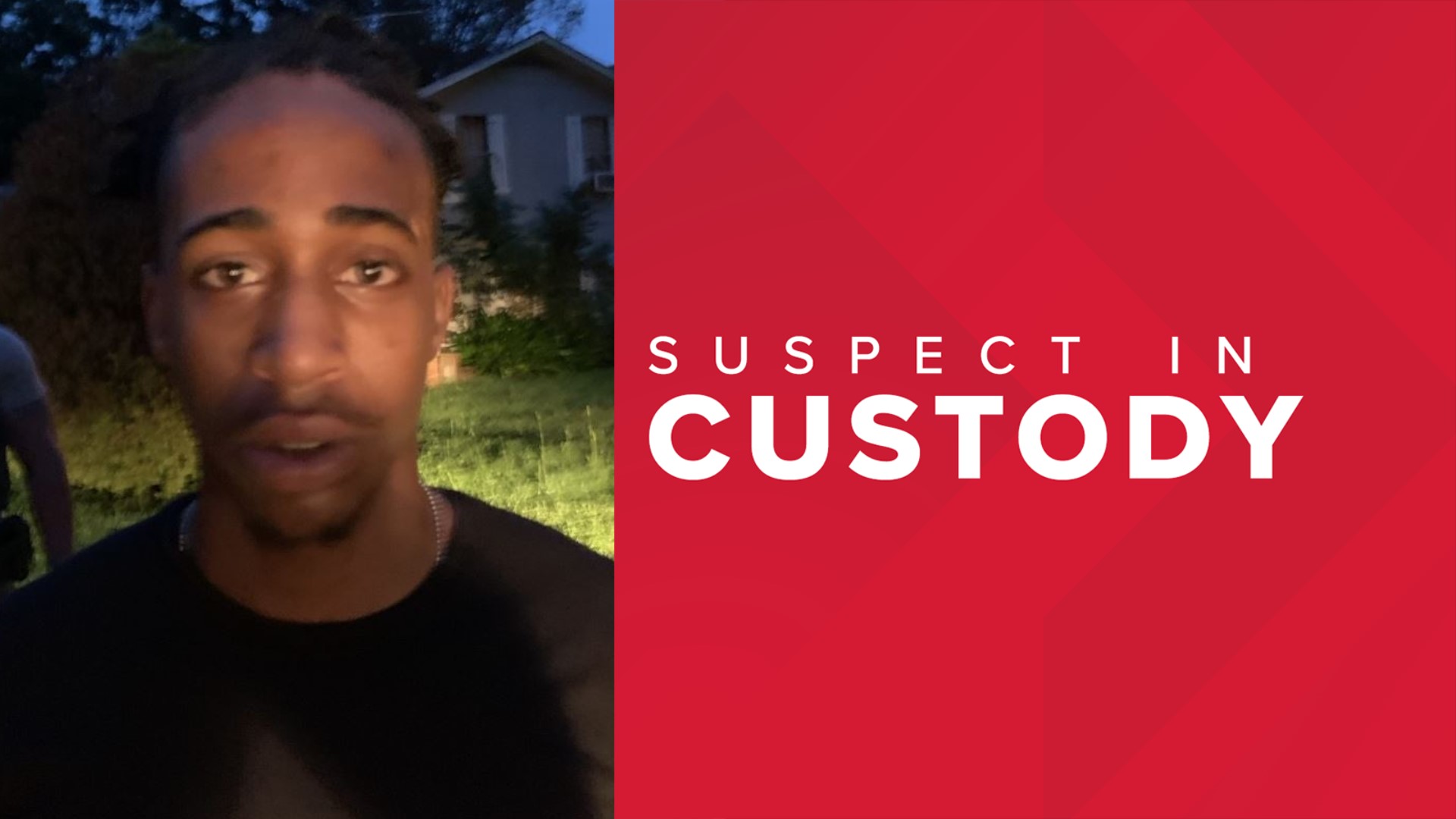 KILLEEN, Texas — A suspect in the case of a March triple homicide was arrested in Mississippi Friday morning after local police say he attempted to flee.

Barnard Lnell Morrow, 21, was arrested in Newton, Mississippi by the U.S. Marshals Gulf Coast Regional Fugitive Task Force. Morrow was then taken to the Lauderdale County Jail and is waiting to be extradited to Bell County. He is charged with capital murder of multiple persons.

On Aug. 20, the case was presented to the Bell County District Attorney's Office and a complaint was returned charging Morrow with the three deaths. A warrant was issued for his arrested and bond was suggested at $2,000,000.

However, in an attempt to find Morrow, Killeen police and the U.S. Marshals Lone Star Fugitive Task Force found that the 21-year-old had fled Killeen and could potentially be in Newton, Mississippi.

The U.S. Marshals GCRFTF stepped in and arrested Morrow in the Mississippi town at around 6 a.m. Aug. 28.

According to an arrest affidavit for Morrow, he had previously been arrested in relation to this case in March during a traffic stop. That's when they found a gun similar to the one described by the victims' roommate and matching the casings found at the crime scene.

In a statement to 6 News asking about his detention in March, Killeen police said he was held on charges of several traffic violations and unlawful possession of a firearm. Police said he bonded out and was gone until he was arrested on the murder charges.

Killeen police responded to the call about shots fired at the Summerlyn apartments at 4101 East Rancier Ave. around 1 a.m. March 14.

Police initially didn't find anything but they were called again at 1:40 a.m.about a water leak coming from one apartment into another.

Police found the source of the leak and an unlocked apartment. The officers went inside the apartment and found one woman in her twenties and two males shot to death.

All three victims were dead, the affidavit states.

Autopsies on the victims found that Allred had been shot three times, twice in the head and once in the shoulder; Cline was shot seven times in the chest, abdomen, thigh, and had two graze wounds on her arms. Delacruz's autopsy revealed he was shot eight times, with shots in the chin, neck, chest, back and trunk, according to the affidavit.

The three victims lived at the apartment and a fourth roommate was at work at the time of the shooting, the affidavit states. After arriving on scene she cooperated with police.

During the course of an interview with investigators, the fourth roommate, N'Chelle Alexander, mentioned Morrow and described him as a "hot head," "trigger happy" and "violent," according to the affidavit.

"Me and Barnard did not get along," Alexander said.

She told 6 News she was very close with the three victims.

"Almost closer to me than my biological family. We did everything together," Alexander said.

She also said the four had previously had issues with Morrow, but did not know of any "recent threats" made toward anyone in the apartment although she went on to say he frequently visited the apartment.

"Did not like him. He actually wasn't even allowed to the house when I was there, only if I was gone," Alexander said.

She told 6 News reporter Cole Johnson he was friends with the men killed.

Alexander also said Morrow had a 9 millimetre gun, the same size casings found at the scene.

Days later, on March 20, a Killeen police saw Morrow wearing a black backpack leave an apartment on Hunt Circle in Killeen and get into the rear driver's seat of a vehicle in which two others were traveling, according to the affidavit.

Upon initiating a traffic stop, the three occupants were ordered to leave the vehicle and were detained.

An officer had a his trained K-9 conduct a "free air search" of  the vehicle. The dog alerted on a backpack in the back seat of the vehicle. Officers then began to search the vehicle. A detective found the backpack Morrow had been carrying and found a clear plastic bag with "numerous rounds of handgun ammunition," the affidavit states. The detective also found two bank cards, one of which had Morrow's name on it. In another pouch of the backpack, the detective found a pistol loaded with 9 millimetre ammunition, each with a "FC" head stamp - the same as the casings found at the crime scene.

The result of a firearms analysis conducted by a forensic scientist found that the pistol from the backpack had fired the 9 millimetre casing found at the murder scene, the affidavit concludes.

Morrow was arrested the day of the stop for failure to wear his seat belt. He was interviewed by detectives and told them he got the gun from a woman. Morrow said he had the gun "for approximately three days," according to the affidavit. He later said he took the gun "three days ago in the park, after the murder," and that he believed "the gun may be the one used in the murder, but he was not sure."

According to the affidavit, detectives interviewed a soldier who stated he sold the handgun to Morrow in July or August 2019. Investigators later found a video from November 2019 on Morrow's phone showing him waiving the gun he had in his possession when he was arrested.

Police are asking that anyone who has information about the homicides call Bell County Crime Stoppers at  254-526-8477 or go online to www.bellcountycrimestoppers.com.

Man lunged at Killeen police officer during traffic stop before he was shot, police say