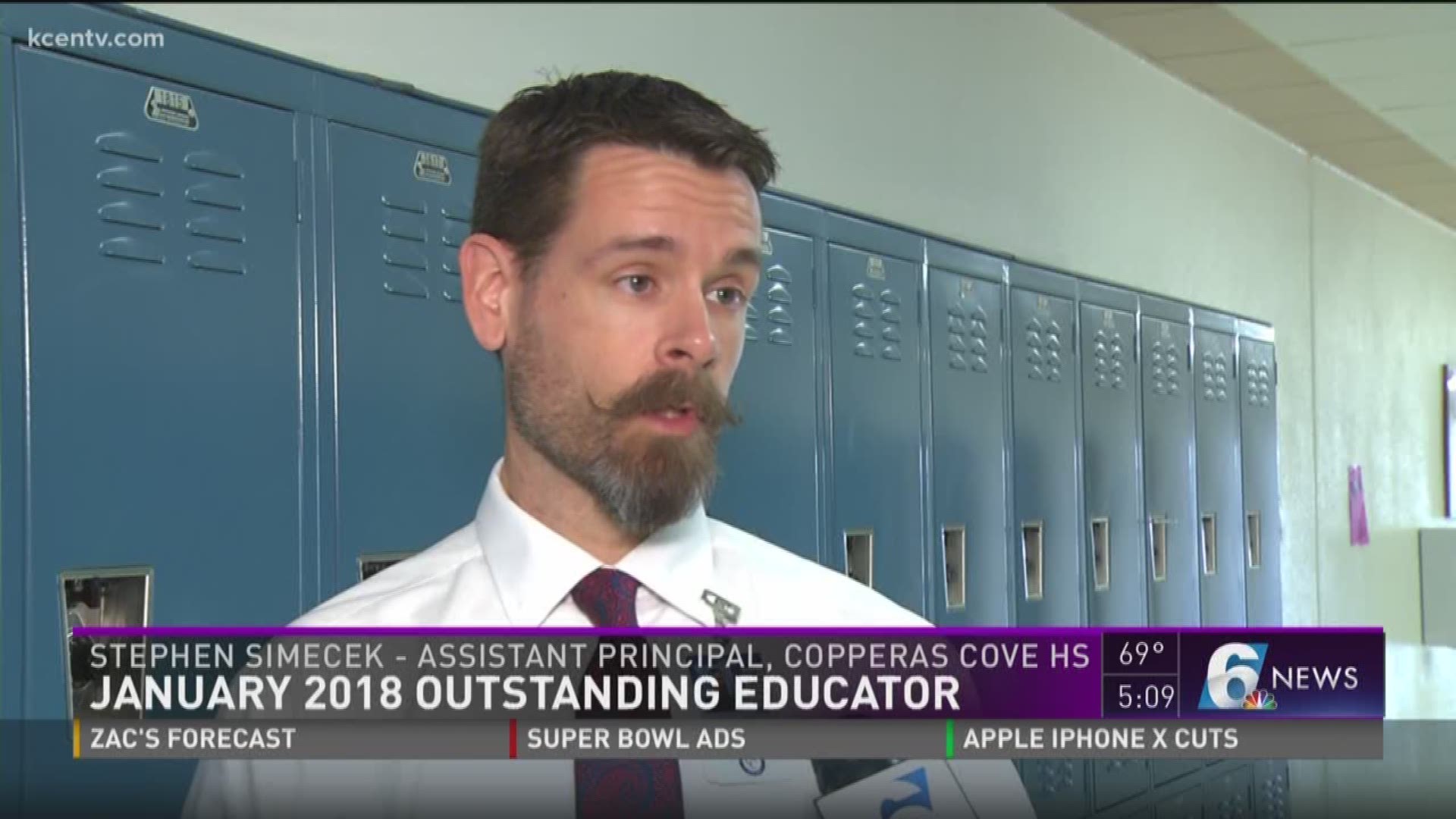 Mrs. Heinze, who teaches marketing and entrepreneurship, has been an educator for 17 years and was a former city council member in Copperas Cove. She frequently imparts on her students the importance of voting and engaging in Democracy -- without ever trying to sway their own views.

"Mrs. Heinze is just someone who cares for kids and has their best interests at heart," Assistant Principal Stephen Simecek said. "She works incredibly hard for them. She puts in extra hours. She busts her tail in the classroom. But, it's those things outside of the school day, after the bells go off in the afternoon. She's still working for kids and thinking about how to make them better."

She is also an advisor for DECA, an organization that prepares young people nationwide for careers in marketing, finance, hospitality and management.

"She's an awesome teacher," Copperas Cove High School senior Ariana Wilson said. "She is really helpful. She has taught me a whole lot with me being in DECA. She's taught me soft skills that I need in life to talk in front of people. She got me to join DECA, which has really improved my speaking skills."

Mrs. Heinze said she hoped to instill the following qualities in her students: drive, motivation, leadership skills and an urge to give back to their communities.

"They mean the world to me," Mrs. Heinze said of her students.

Click here to nominate a future Outstanding Educator (Then, scroll to the bottom of that page).

For military spouse Charlotte Heinze, being an educator means knowing how to organize learning, develop and challenge students, and encourage them to reach beyond what is in front of them. She believes it is essential to keep in mind the importance of preparing students for life. She instills in them critical thinking skills, life skills and experiences that they can look back on years later and recall when they are in similar, real-life situations. Charlotte believes her duty is to lead by example and be a role model for her students. This includes her behavior inside and outside of the school. It is her duty to know each of her students’ parents and have them engaged in all the activities.

Charlotte’s nine years as an elected official to the Copperas Cove City Council has extremely enhanced her knowledge of government. She makes it a point to let her students know when she is going to vote. She never tells them who she is voting for, but believes her students need to know that it is a duty as an adult to vote and participate in the political affairs, affecting all citizens, at both local and national levels. As an educator of seventeen years, a former city council member for nine years, a military spouse of thirty years and military mother (military students make up more than one-third of our CCISD population), Charlotte believes she has a duty to prepare students to be future leaders of a democratic society. They need to understand the importance of our position as a democracy and how our country relates to others. Charlotte believes that through her nine years of experience as a council member, military mother and military spouse with a husband that has had seven combat deployments, she must prepare her students for society and the workplace.

As the high school DECA Advisor, Charlotte’s committed to strengthening her community through volunteer work and service-oriented activities. She teaches her 150-plus students that community service is the backbone of our society.