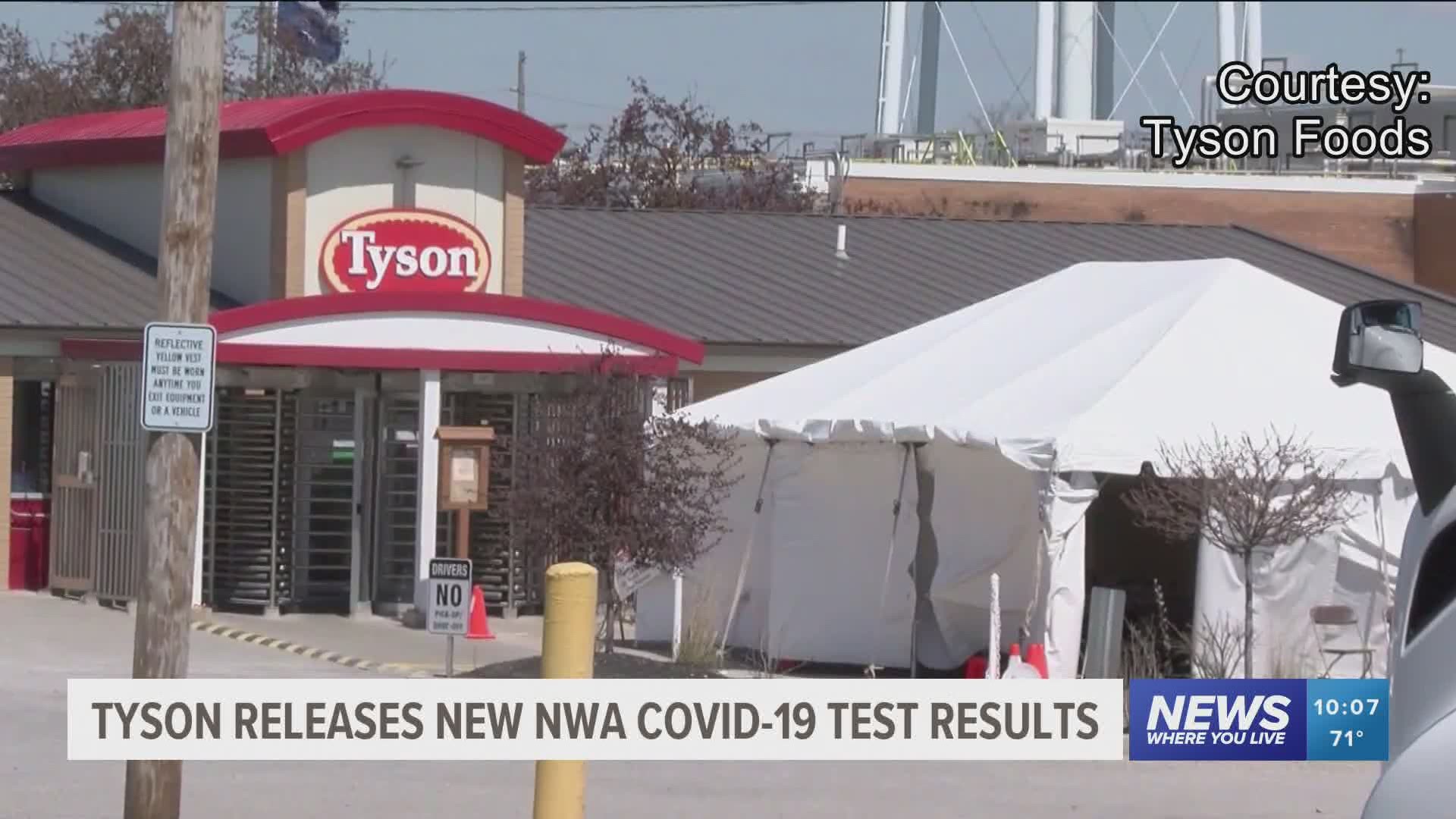 BEIJING, China — The Chinese customs agency has suspended poultry imports from a Tyson Co. facility in the United States after coronavirus cases were confirmed among its employees.

The announcement Sunday gave no details of the facility’s location or how much meat might be affected.

Meanwhile, a PepsiCo Inc. facility in Beijing suspended production and was disinfected after a confirmed case was found there June 15, the company announced Sunday at a news conference held by the city government. It said 480 people were placed in isolation June 15 and tested negative for the coronavirus.

Tyson Foods is looking into the reports that China's customs agency has suspended poultry imports from the U.S. facility where COVID-19 cases were confirmed among employees.

A Tyson spokesman said Sunday that the plant in question is in Springdale, Arkansas.

“At Tyson, we’re confident our products are safe and we’re hopeful consultations between the U.S. and Chinese governments will resolve this matter," wrote spokesman Gary Mickelson in an email to The Associated Press.

“Our top priority is the health and safety of our team members, and we work closely with the U.S. Department of Agriculture’s Food Safety and Inspection Service to ensure that we produce all of our food in full compliance with government safety requirements," the statement added.

Mickelson also noted that all global and U.S. health organizations, in addition to the U.S. Food & Drug Administration, agree that there is no evidence to support transmission of COVID-19 associated with food.

The announcement out of China on Sunday gave no details of the quantity of meat affected.

On Friday, Tyson Foods announced the results of coronavirus testing at its facilities in Benton and Washington Counties, Arkansas, and said that about 95 percent of employees who ultimately tested positive for the virus didn't show any symptoms. Of the 3,748 employees tested, 481 tested positive for COVID-19, and 455 were asymptomatic.

There have been several other COVID-19 outbreaks at Tyson plants around the United States, including in North Carolina, Nebraska, and Iowa.

In November, China lifted a five-year ban on U.S. poultry. China had blocked U.S. poultry imports a month after an outbreak of avian influenza in December 2014, closing off a market that brought more than $500 million worth of American chicken, turkey and other poultry products in 2013.