The U.S. Army Corps of Engineers said they have reports of four dogs that have died after playing in Belton Lake. 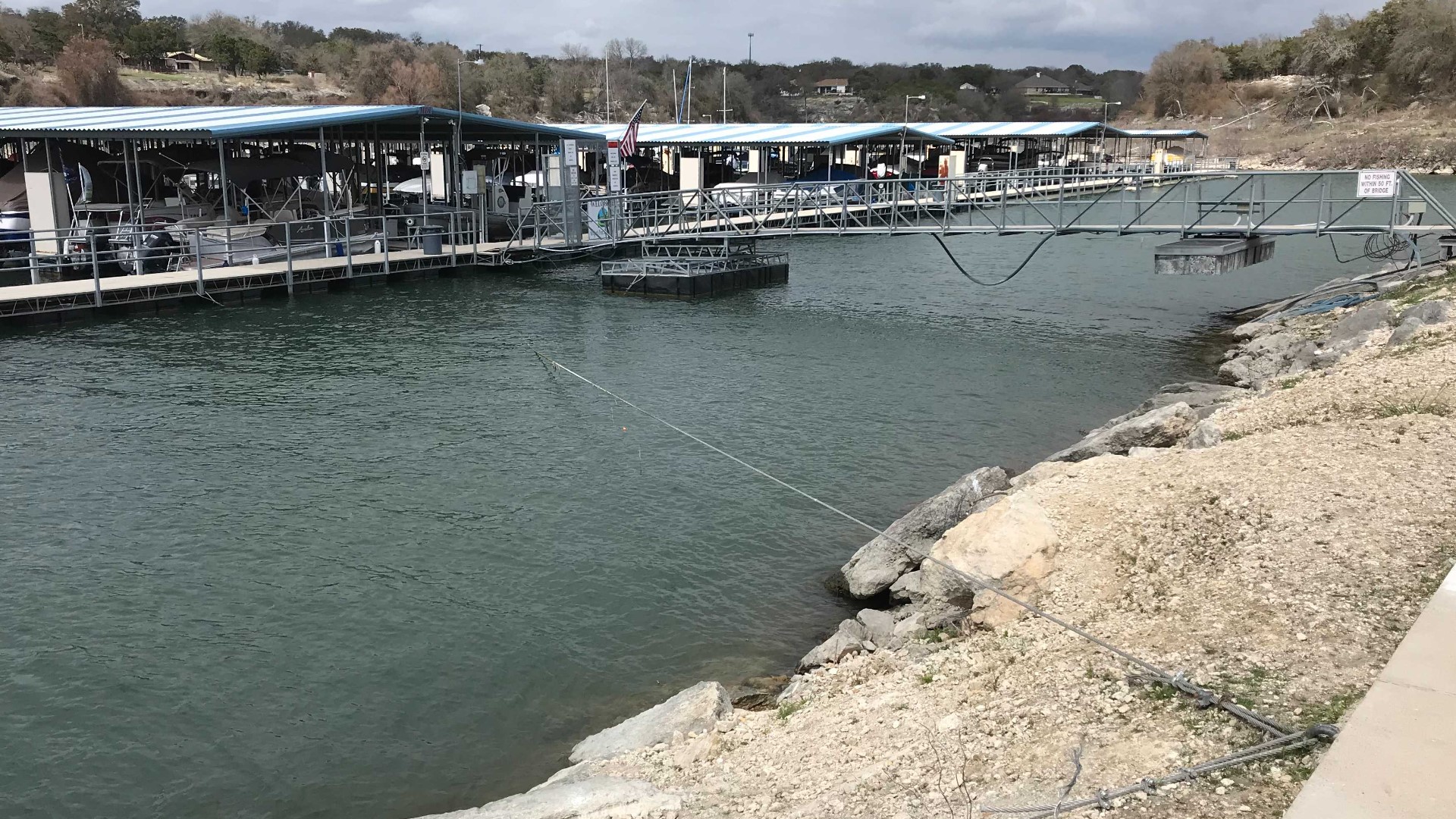 MORGAN'S POINT RESORT, Texas — The Texas Parks and Wildlife Department took an algae sample from Belton Lake Tuesday afternoon, one day after reports surfaced of dogs dying after playing in the lake.

Joshua Brown with the U.S. Army Corps of Engineers said the sample will be tested in San Marcos to determine if it's the toxic cyanobacteria, commonly referred to as blue-green algae. Brown said it will also be tested for other contaminants. He did not know when the results would return.

Brown also said three dogs died after playing in the lake together not long after the recent winter storm.

Brown did not know exactly where they were playing so they were unable to determine the best place to take a sample. Brown said the dogs could have gotten sick on the owner's property.

Delaney Presley of Belton, said her six-month-old puppy played in the water at the Morgan's Point Marina Sunday and died 30 minutes from the time the water entered his bloodstream.

The USACE issued a warning Monday that pet owners should use extreme caution when they are at the lake.

"We haven't found the cause or the source and what is making the dogs ill," Brown told 6 News. "We haven't seen any wildlife dead on the shoreline. The only reports we have are of small domesticated becoming sick."

Presley posted to Facebook about how she had to take her six-month-old puppy, Koda, to the vet after they visited Belton Lake. She said Koda's death is unknown, but her vet said he died within 30 minutes after the water entered his bloodstream.

Credit: Delaney Presley
Koda was six months old after he died from reportedly coming into contact with the water at Belton Lake.

RELATED: Pet owners advised to use caution at Belton Lake after reports of dogs dying

"Koda seized and then began to lose all strength throughout his body," she said in her post. "It was an 11-minute drive to the vet and he was dead within minutes of arriving."

Presley continued to say that two other dogs previously went to the same vet after going to the lake. They reportedly experienced similar symptoms.

"I don't know what is in the lake, but it is something bad," she said.

Presley said the reality her of sweet boy being gone forever is starting to sink in and while it's been hard to wrap her mind around it, she hopes Koda's story makes others aware of these hidden dangers.

"Koda is no longer with us but I also feel like if this is what was suppose to happen in order for other poeple to gain awareness from it, I feel like that's something Koda would have wanted," she said.

Additional concerns or questions may be addressed by calling the Belton Lake office at 254-939-2461.