Danny McDonald began his Ride for West Pride while raising money for a child with a brain deformity to remember the victims of the West fertilizer plant explosion. 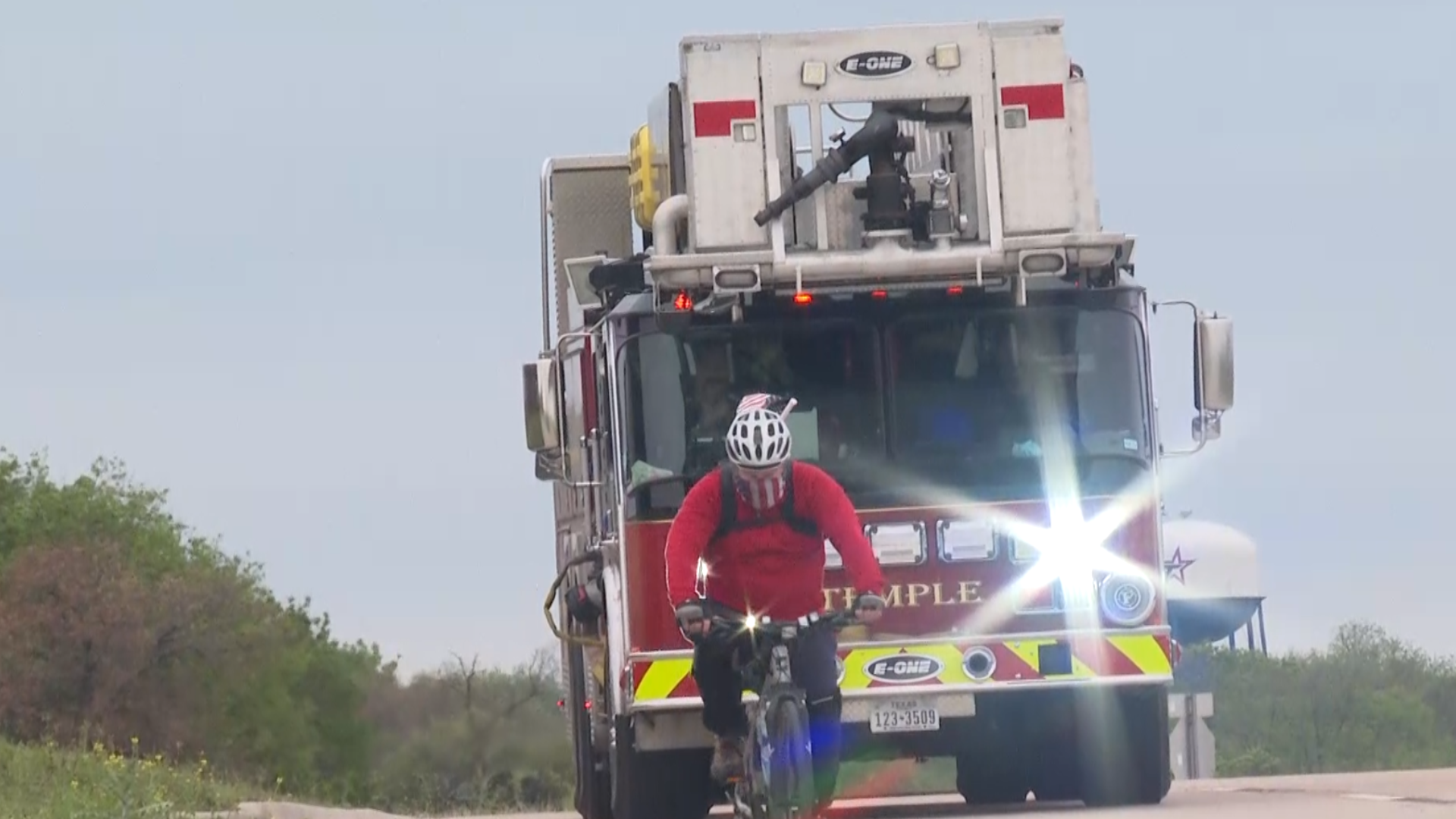 TEMPLE, Texas — If you drove north on I-35 Saturday beginning in Temple, you may have seen a bicyclist. That was Danny McDonald, participating in his ninth-annual Ride for West Pride.

McDonald does the ride each year, rain or shine, in honor of the firefighters and others who lost their lives in the West fertilizer explosion in 2013. This year, McDonald was attempting to make the 50-plus mile trek after having two spinal fusions this past December and February.

“I just want people to think of, most people when you’ve lost a family member you know when that day comes around it’s hard on you," he said. "So I want everyone to keep all the families and friends of firefighters and others who passed away in their thoughts and prayers today.”

McDonald was able to get to Bruceville-Eddy today, about 16 miles into the trip, when he experienced leg numbness and began riding with one leg. He had to stop his ride short, for the first time ever, but his effort and perseverance is what is most appreciated by fellow firefighters.

"When I hear that he does it, I wonder why I don't do it," Temple Fire Battalion Chief Ron Stewart said. "Danny's had spinal surgery, medical problems, health issues, yet here he is, no excuses. What an amazing person is what I think when I think of Danny."

This year, McDonald is raising money for a child named Briggs. He was born at 34 weeks and spent 5 weeks in the NICU. He was diagnosed with C-ACC (complete agenesis of the corpus collosum), which is a brain condition.

You can donate here. McDonald is asking that if you can't donate money to share the page and to keep the victims of the West explosion in prayers today.